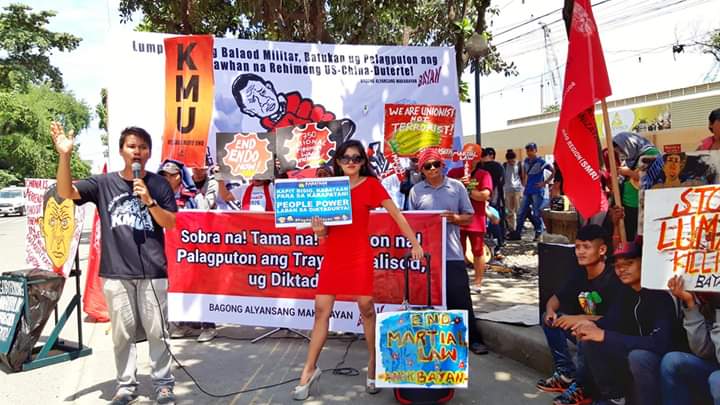 Joining the bandwagon, an activist brought the character of Daniela Mondragon of TV series “Kadenang Ginto” during a rally staged at the Freedom Park of Davao city, Monday, July 22.

The woman activist wore a red dress and carrying a red luggage with a post that reads “End Martial Law”.

The group is calling for the end of Martial Law in Mindanao.

On its Facebook page, the organization posted the photo with a caption “Called for uniting broadest ranks of people to expose, oppose and oust the tyrannical Duterte Regime”.