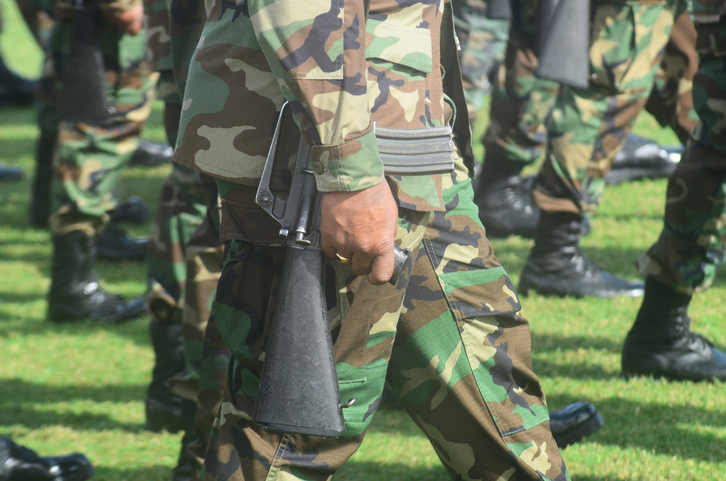 The Armed Forces of the Philippines has issued a warning that strong punishment awaits planning to stage a coup d’ etat against President Rodrigo Duterte.

“If ever there are any AFP personnel contemplating to stage a coup ‘d etat, we warn them not to even make that losing proposition. We will never allow that,” the AFP said in a statement.

The AFP however clarified that there is no active military activity planning to mount a destabilization plot or military takeover.

The military said they will punish those who will mount a military takeover or those who would commit violation of the Articles of War.

The AFP and PNP said they are contented on how the Commander-in-Chief has been helping the military.

President Rodrigo Duterte has repeatedly asked the military not to stage a coup during his term.