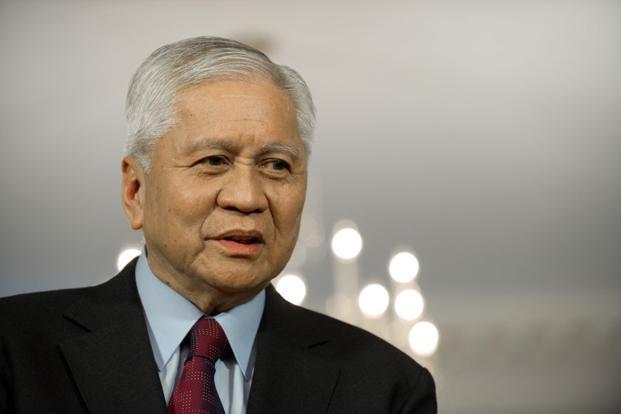 Former Foreign Secretary Albert Del Rosario donated P500,000 to the 22 Filipino fishermen after their fishing boat was heavily damaged when it was rammed by a Chinese vessel at the Recto Bank, off the western Philippine province of Palawan.

Del Rosario said the amount was coursed through the office of Foreign Secretary Teodoro Locsin Jr. on June 19.

In a message sent to the media, Del Rosario said he offered assistance to the distressed fishermen “to manifest from my heart that we truly care for them and sympathize with what has happened.”

But on Twitter, Locsin said he will return Del Rosario’s check donation or he will be compelled to turn it over to the national treasury.

“DFA can not dispense donations. I certainly won’t turn it over to another department; that’s malversation. So with florid expressions of gratitude I had it returned to Del Rosario,” Locsin said.

When sought for comment, Del Rosario, in a text message, said: ” I did not know that. Need to find another party who would be willing to help me.”

The Chinese vessel left the area after the June 9 incident, and the crew of the floundering FB Gim-Ver 1 were left stranded for four hours until a passing Vietnamese vessel rescued them.

China, which proposed a joint investigation on the ramming, said the Chinese vessel had not intended to leave the Filipinos, but was forced to sail away for fear of being besieged by several other Filipino boats near the area – a claim belied by the fishermen.

Del Rosario, who was detained, denied entry and deported by Hong Kong immigration authorities last week, rebuffed China’s claim that it did not abandon the fishermen. Hong Kong is a Special Administrative Region of China.

“If we had our other fishing boats in the area as declared by the Chinese captain, why did our poor fishermen have to wait hours to be rescued by our Vietnamese friends?” the ex-DFA chief asked.

Del Rosario has long advocated for the fishing rights of Filipinos within the Philippines’ exclusive economic zone in the South China Sea despite Chinese harassment and efforts to block them from exercising their right to fish on the basis of its claim that these areas fall within Chinese territory.

Last March, Del Rosario, who successfully steered the country’s arbitration case that invalidated China’s massive claims in the South China Sea in 2016, and former Ombudsman Conchita Carpio Morales, filed a complaint against Chinese President Xi Jinping for crimes against humanity over Beijing’s efforts to gain control of the resource-rich waters.

They claimed that Xi and China’s creation of artificial islands and militarization was responsible for the destruction of the marine environment in the South China Sea that resulted in losses to fisheries resources in the area.

After filing the case, both Del Rosario and Morales, on separate trips to Hong Kong, were held and questioned by immigration authorities