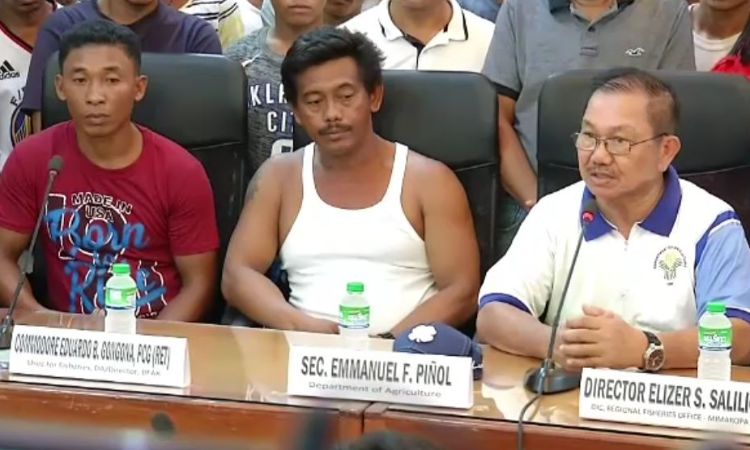 After a closed-door meeting with Agriculture Secretary Emmanuel Piñol, the captain of the Filipino fishing boat who was certain that their boat was hit by a Chinese vessel has changed his.

Now he seems to doubt his own account of what happened to them last June 9.

F/B Gem-Ver 1 captain Junel Insigne, who was backtracking on his earlier assertion, said that he was unsure if a Chinese ship intentionally sank their vessel in Recto Bank (Reed Bank) in the West Philippine Sea.

He told reporters in a press conference that he was unsure if a Chinese ship intentionally sank their vessel in Recto Bank (Reed Bank) in the West Philippine Sea.

He said he was carried away by emotions before why he initially said he was sure a Chinese ship rammed Gem-Ver.

Piñol held a closed-door dialogue Wednesday with the 22 fishermen of Filipino fishing boat Gem-Ver fishermen, in a house surrounded by policemen in full battle gear in San Jose in Occidental Mindoro.

Insigne also apologized to President Rodrigo Duterte following reports that he snubbed the Chief Executive in their supposed meeting in Malacanang.

This was clarified by Piñol during the hand over of assistance to the affected fishermen after the meeting.

“There was no any invitation from Malacañang. It was I, the Secretary of Agriculture, who wanted to talked to them and they came,” Piñol said.