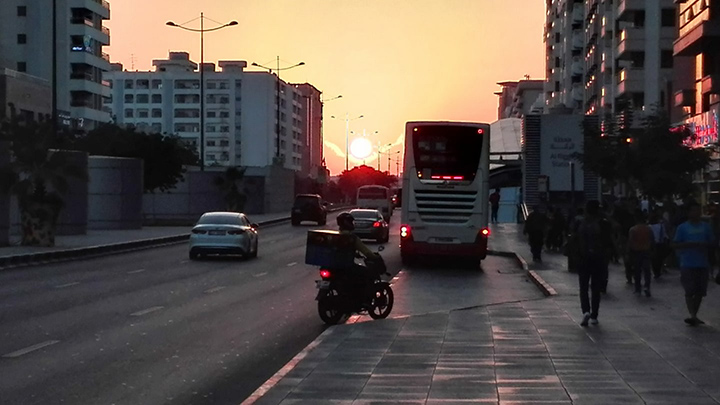 The UAE is expected to officially begin its summer season marked by the summer solstice this June 21 at around 7:54 pm.

As summer begins in the UAE, temperatures are forecast to be higher by around one to two degrees Celsius across all Emirates.

The summer’s solstice taking place this Friday will see the sun’s rays fall perpendicularly at 23.5 degrees north latitude on the earth’s Tropic of Cancer.

June 21 will also mark the longest day of the year in terms of daylight, extending more than three hours, nine minutes longer than the winter solstice.

Learning about the solstice

Derived from two Latin words ‘sol’ (sun) and ‘sistere’ (to be still), the solstice is when the sun is at the highest or lowest point in the sky. The Summer Solstice brings with it the longest day of the year, while the Winter Solstice marks the shortest day of the year.

Current temperatures at present hover around 44 degrees. With the National Centre of Meteorology, NCM, calling on on drivers and pedestrians to take all necessary precautions when on roads due to blowing dust and sand causing poor horizontal visibility, especially during the afternoon.

The NCM, in its statement today, warned of the poor visibility of less than 2000 meters at times due to fresh winds with speed reaching up to 50 km/hr at times in various coastal and inland areas of the country until 6 pm Wednesday.