DUBAI: It’s all systems go for the Philippine Embassy and Consulate as polling stations open at 8am on Saturday, April 13, in what will be the start of a 29-day electoral exercise of some 361,265 registered overseas Filipino voters in the UAE, who will be making their choice for 12 senators and a lone seat in the lower house’s party list slot.

The consulate is open 8am to 9pm throughout the election period.

Stretched thin with only about 95 staff, the foreign posts in Abu Dhabi and Dubai are bracing for an anticipated huge voter turnout noting the 85% increase in the number of new voters, who have signed in during the registration period that ran from Dec. 2016 to Sept. 2018.

The Consulate has 57 staff and volunteers manning the stations; Abu Dhabi has 37.

Despite this handicap, Ambassador Hjayceelyn Quintana and Consul General Paul Raymund Cortes urged voters not to let this opportunity to chart the nation’s course go to waste.

Said Quintana: “As overseas Filipinos, your vote is significant and important because this would have an impact on you and your families back home.”

“I enjoin all registered voters in Abu Dhabi to cast their vote for their senators and party-list representative during the overseas voting period from April 13 to May 13 (except April 18 and 19) at their designated precincts at the embassy.

“I also hope that they cast their votes as soon as they get an opportunity to do so,” she said.

‘Voices of the diaspora’

For his part, Cortes said, “the voices of the global diaspora of Filipinos must be heard especially as choosing our leaders and strategizing the trajectory of our national soul is concerned.”

He said working abroad, overseas Filipinos have lived different perspectives of governance and civil society engagement. “Surely, they have seen how things work in other countries and what may and may not be useful as far as our domestic policies and legislation is concerned,” the consul general said. 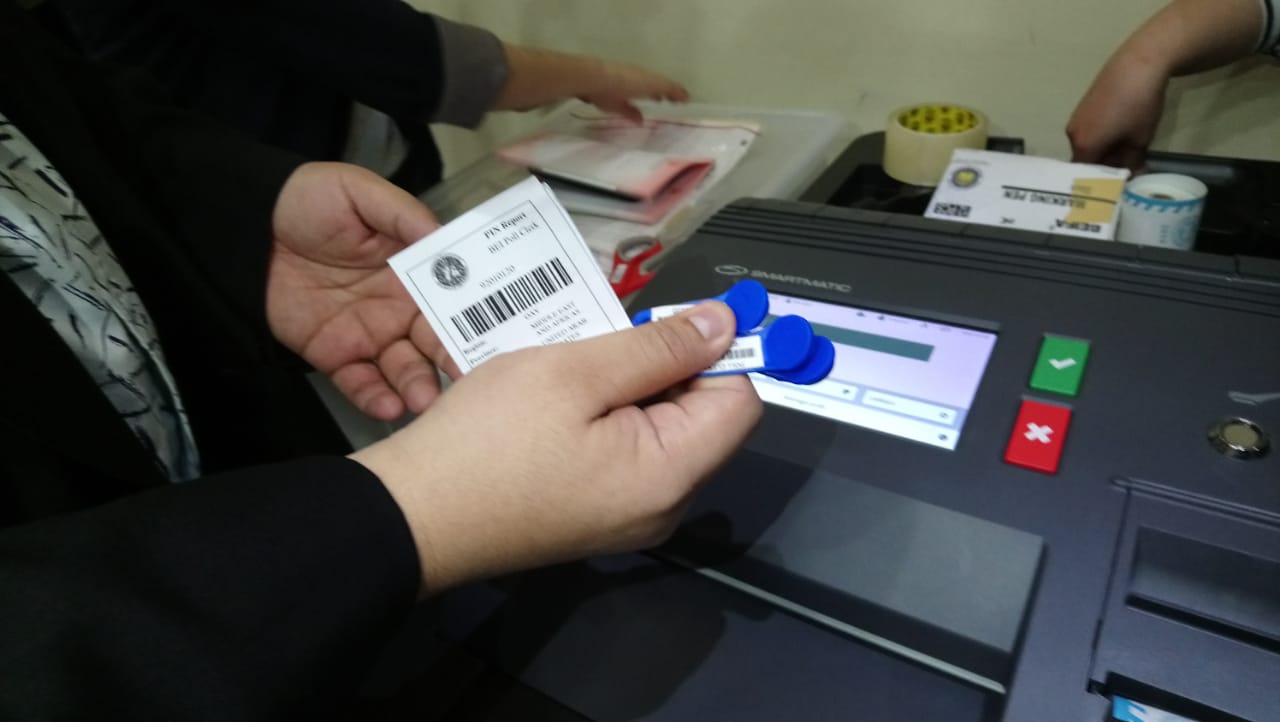 “Because the Filipinos are juxtaposed with the realities of an increasingly borderless 21st-century society, there is merit to listening to them and having them speak their opinions as far as leadership in our country and plotting our path towards further development are concerned.”

In Dubai and the Northern Emirates, it was 34.55% according to Cortes. 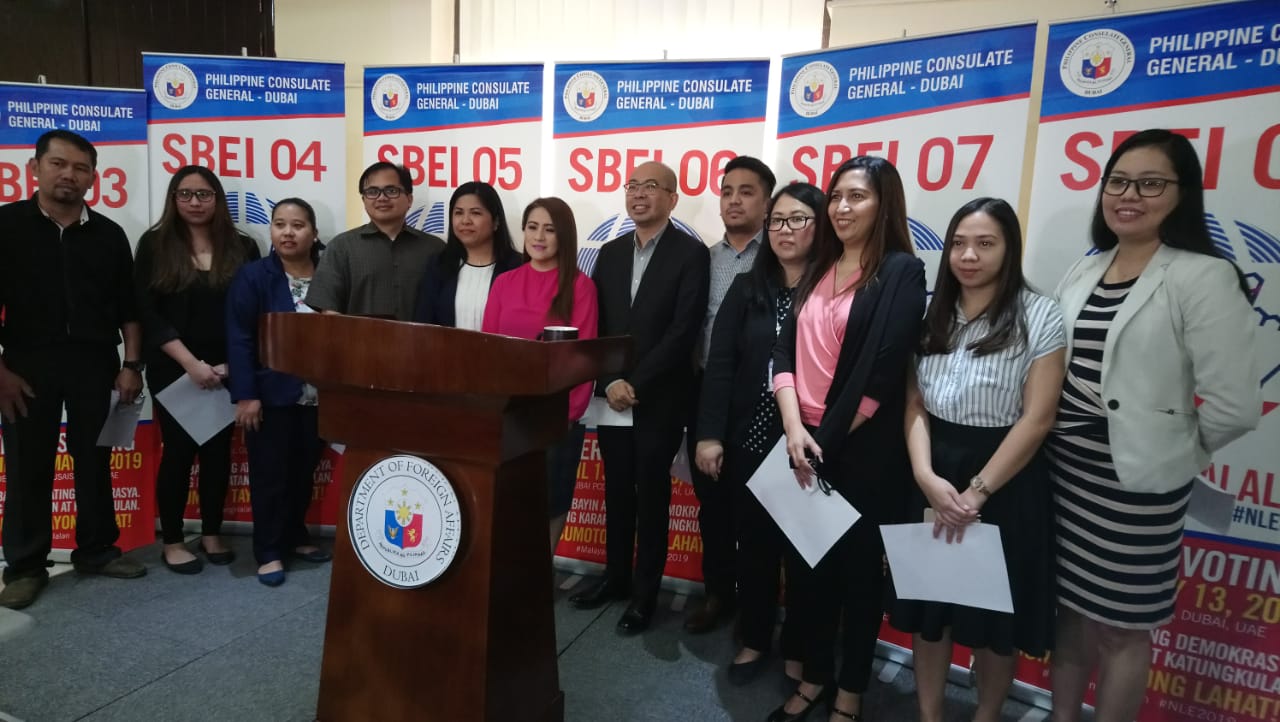 One factor to seriously consider, especially by the voting OFWs, is the limited space available at the embassy and consulate

“The space in the embassy is already limited but we will try our best to ensure smooth and orderly elections for our kababayans,” said Quintana.

Cortes said the consulate will be open from 8am to 9pm in anticipation of the fluctuations in the voting patterns.

“We want to give a chance to those working till 5pm and up. And siyempre, pag nagdasaan ang mga tao dito, we have to contend with the limited space, with the limited queuing area,” he said. 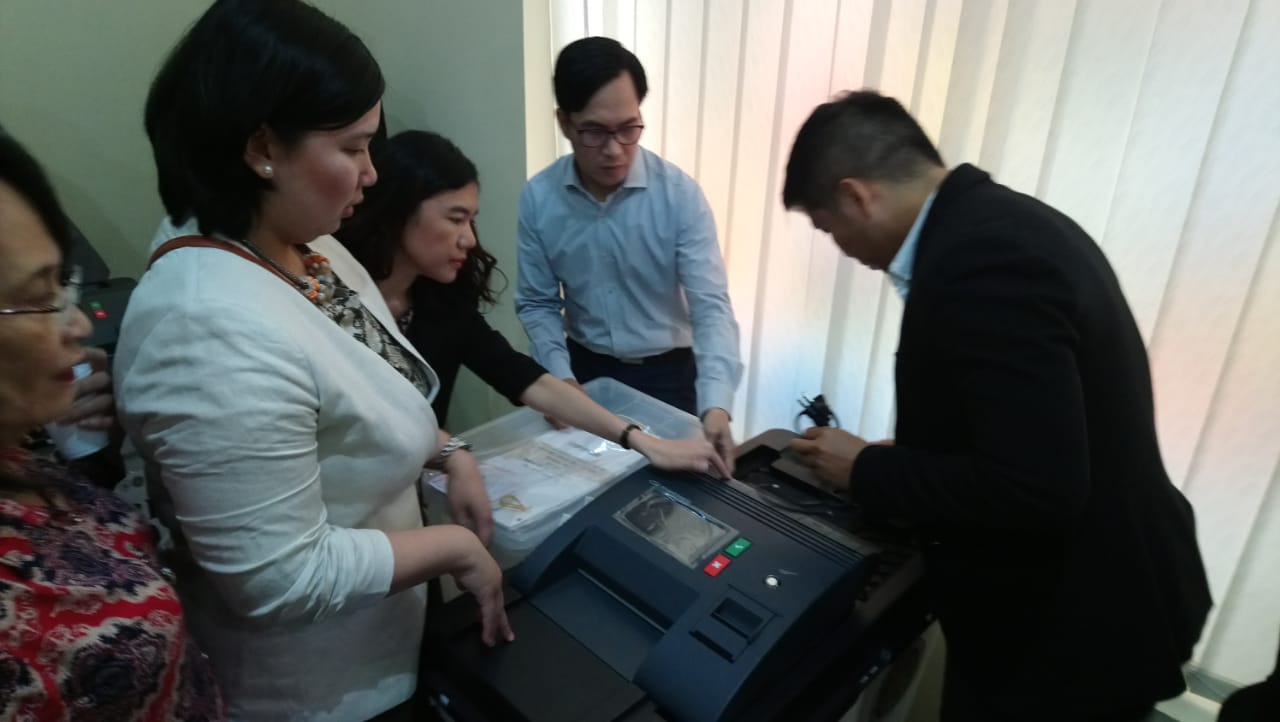 During the 2016 general elections where the electorate voted for a new government from top to bottom, Cortes said the consulate averaged 1,000 voters a day with low turnout at around 500 and high ones at 2,000.

Meantime, as far as preparations are concerned, Quintana said all relevant officers, personnel and individuals who will conduct the overseas voting in Abu Dhabi have undertaken a training on the Automated Election System for the purpose.

The first was done by representatives from the Commission on Elections (COMELEC) on March 15-17 this year. An ECHO-training, where knowledgeable individuals share their expertise, was also held for the rest of the personnel involved on March 30 at the Philippine Embassy, according to the ambassador.

A final testing and sealing of the vote counting machines were held simultaneously at the embassy and consulate on April 6, a week before the April 13 midterm election.

Also sworn in were members of the Special Ballot Reception and Custody Group (SBRCG) led by Ruzielle de Vera at the embassy and Vice Consul Marianne Bringas at the consulate; and the Special Board of Election Inspectors (SBEIs).

The SBRCG supervises all election-related paraphernalia while the SBEIs are the frontline people directly involved in the conduct of the electoral exercise.

The consulate 11 vote counting machines and a corresponding number of SBEIs.

Cortes told a press conference during the April 6 final preparations that 12 machines were issued to the consulate for the 2016 polls with each capable of processing up to 10,000 votes.

With the 115,000 new voters considered, he said COMELEC re-calibrated the machines to enable them to accept 20,000 votes each.

Three authorized people – comprising an SBEI team – man each machine,which for its part can process a vote in a matter of some four seconds.