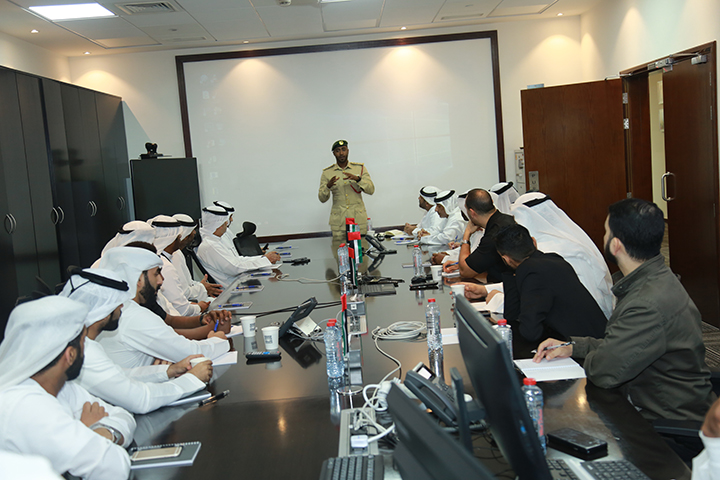 The General Department of Traffic at Dubai Police, in collaboration with Emaar Properties, organized a workshop at the Dubai Mall on preparing traffic accident reports.

Brigadier Saif Muhair Al Mazrouei, Director of the General Department of Traffic at the Dubai Police, said the workshop comes in line with the directives of HE Major General Abdullah Khalifa Al Marri, Commander-in-Chief of Dubai Police, to providing and facilitating services using latest smart technologies and artificial intelligence programs.

“The workshop is intended to training security supervisors on addressing traffic conflicts that encounter them at work without getting the police involved, thus contributing to cutting time and reduce efforts. The workshop is considered as one of the Dubai Police General Command plans in achieving road safety and integrating civil society within the policing work”, Brig. Al Mazrouei added.

Colonel Esam Ibrahim Al Awar, Director of Traffi Fines and Services at Dubai Police, said the workshop had benefited 24 security officers. Adding that trainees during the workshop obtained some great knowledge on types of traffic conflicts, traffic planning, and road crash reporting via “We Are All Police” feature through the force’s smart app. As well as they learned about traffic signs, obstruction of traffic and permits issued for people of determination