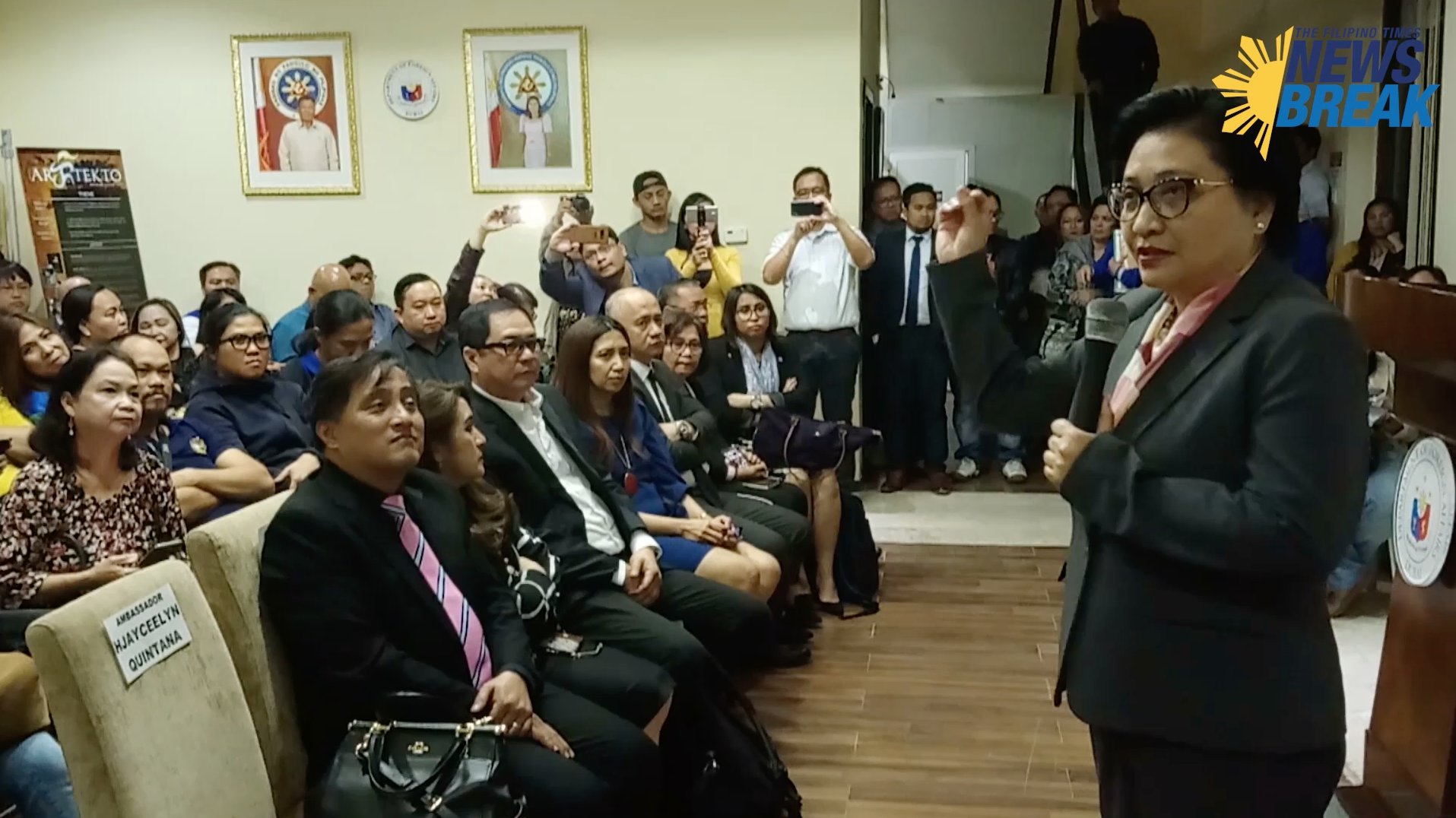 DUBAI: In not so many words, Ambassador Hjayceelyn Quintana said the UAE government has been engaging the diplomatic community to decisively address concerns about human trafficking, an issue besetting many countries around the world these days.

This even as she urged the Filipino community during a town hall meeting at the Philippine Consulate, Feb. 11, to close ranks and “break the chain” of this problem that has reared its ugly head in the country.

(There is a chain. It starts in the Philippines through the social media. Then, the victim arrives here, is picked up at the airport, locked up in an accommodation then sold. What happens next? The victim ends up in the embassy or consulate. We handle all these problems.)

(This country now knows what is going on. The embassies are holding meetings. We share the same story.)

Quintana said the problem has grown so big it can anymore be ignored like the proverbial elephant in the room that all people keep looking away from.

(It’s now getting the attention of the authorities. Perhaps back then, nobody was paying much attention. But now, it has grown big and everybody knows what’s happening.)

Quintana said there is reprieve in the resolve by the UAE government to view the labor not as commodities but human beings and is not ignoring the issues at hand.

She said transactions would not be consummated if even at least just one of the layers of human trafficking is broken. “Ma-break lang yung chain, kahit sa isang parte lang, hindi matatapos ang transaksyon,” she said.

The town hall meeting was held on the sidelines of the annual three-day World Government Summit (WGS) held at the Madinat Jumeirah, Feb. 10 to 12, and attended by over 4,000 decision-makers from 140 countries – including heads of state, ministers and business leaders. The WGs is a global platform dedicated to shaping the future of governments worldwide.