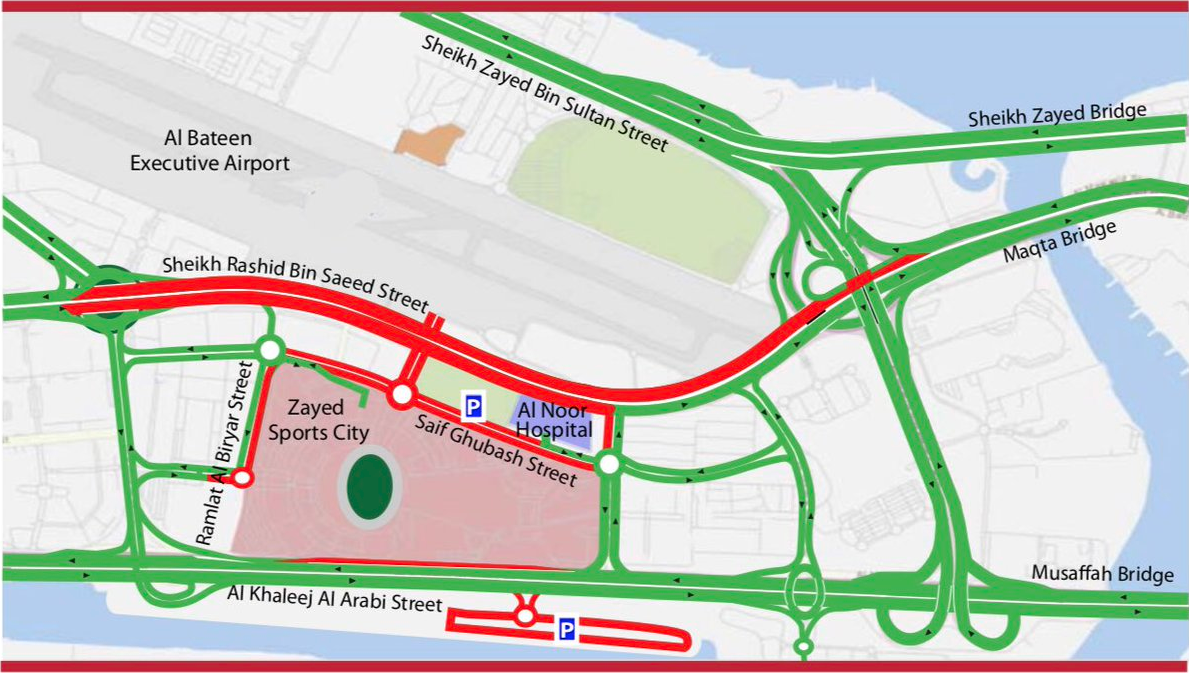 Several roads in Abu Dhabi will be closed to motorists, in line with the Papal Mass to be held at the Zayed Sports City on Tuesday, February 5.

According to the Department of Transport (DoT) Abu Dhabi, both directions of Sheikh Rashid bin Saeed Street and Saif Ghobash Street will be closed on February 5 from 12 midnight until 6 p.m. Cars are also not allowed to park in spaces in the area.

Al Bahah Street will also be closed on February 5 from 12 midnight until 6 p.m.

For public transport services, DoT announced that there will be changes on the frequency of bus services inside Abu Dhabi Island on Monday, February 4, at 3 p.m. as the services will occur every 60 minutes.

Normal bus operations will resume on Tuesday, February 4, at 3 p.m.