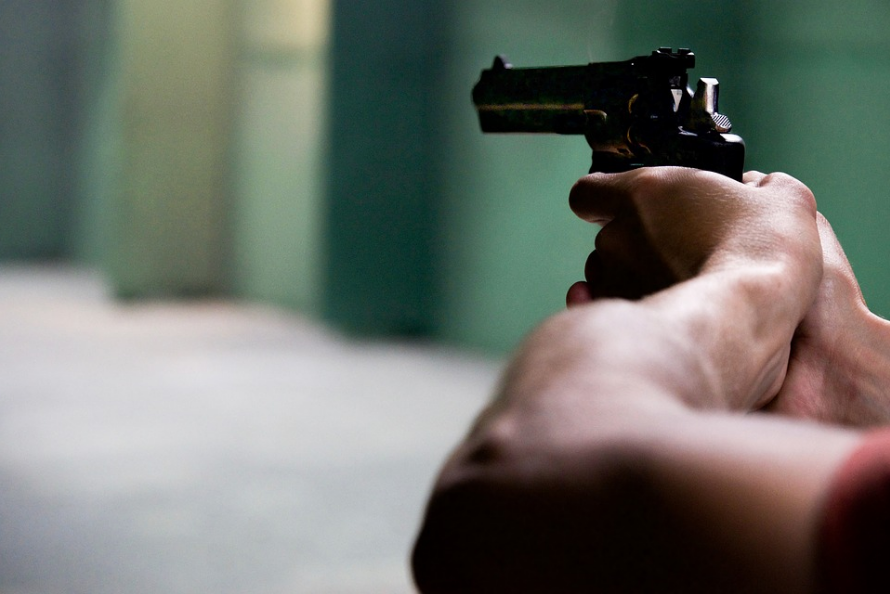 A former overseas Filipino worker shot his wife before turning the gun on himself outside the San Roque Parish in Barangay Poblacion, Catarman town, in Camiguin on Sunday morning.

The victim, identified as Ivy Linao, 35, was a municipal employee in Catarman. She was shot to death by Celmar Linao, 37, her estranged husband.

The husband used a .45-caliber pistol at his wife while the holy mass was ongoing beside the altar.

Police investigators are looking at the motive of jealousy in the killing.

They were separated a few months ago after Linao allegedly discovered that her husband was into another relationship.

Witnesses said Celmar tried to shoot the victim inside the church but the firearm failed to discharge.

They added that the wife ran towards the side entrance of the church to flee but her movement was hampered as she was tagging along one of her kids.

Police said Ivy was hit by a lone bullet that went through her left arm as she tried to shield her face but it penetrated her skull causing her death.

After shooting her wife, Celmar then pointed the gun at his head and fired a single shot.

The couple had seven children.