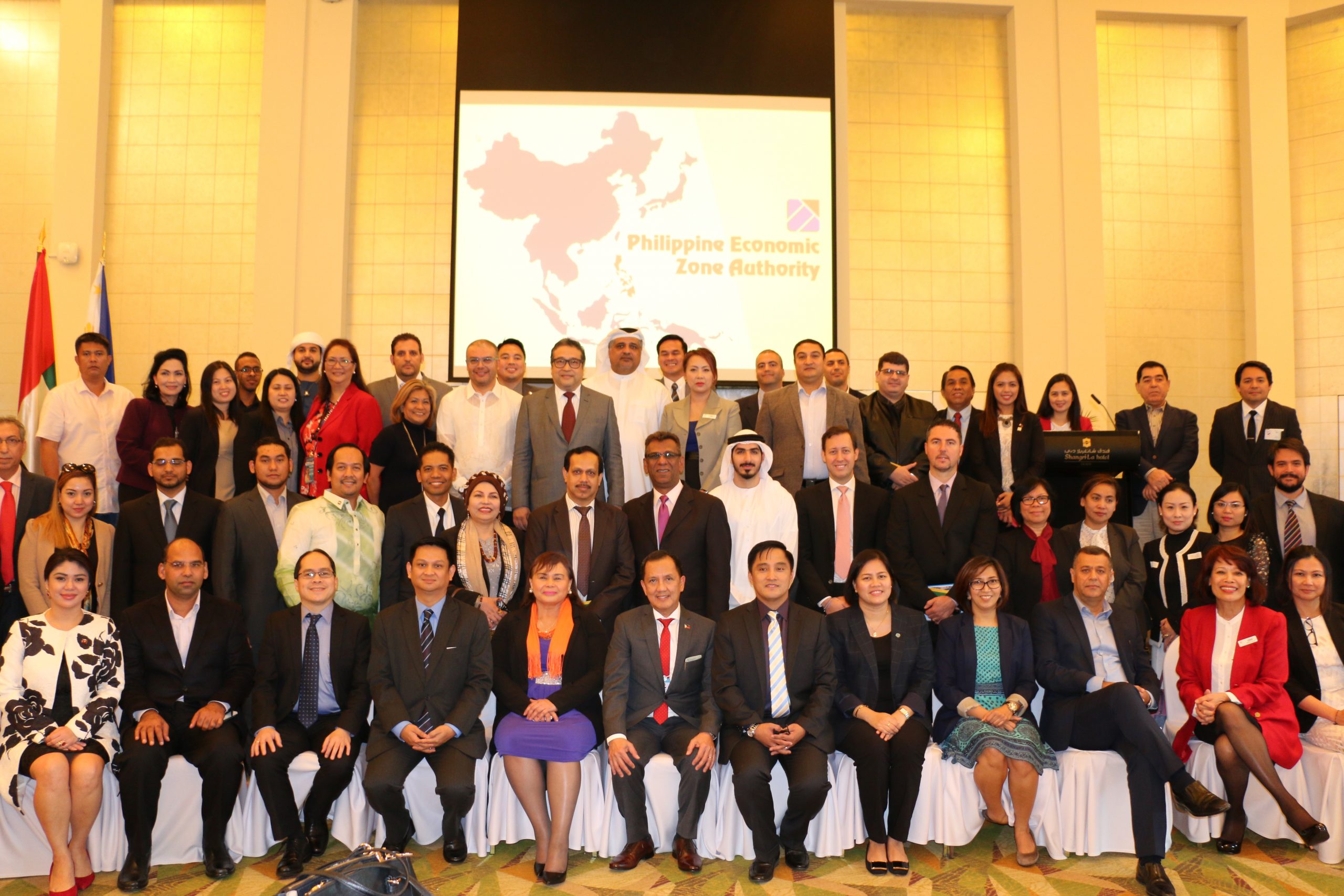 With businessmen throwing in serious inquiries following her hour-long presentation on investment opportunities back home, Charito B. Plaza, director general of the Philippine Economic Zone Authority (PEZA), is having high hopes her trade mission to the UAE could generate many pledges in time for President Duterte’s scheduled visit early next month.

“It was very successful,” the ranking official, a former lawmaker appointed by Duterte to her current post four months ago, told The Filipino Times.

The investment conference’s open forum, which lasted over an hour, took more than 15 serious inquiries from the 70 businessmen present, who asked questions ranging from the specifics of putting up businesses at the economic zones to the governing statutes.

Wrapping up her presentation, Plaza told the businessmen, “We hope to have pledges so that when the President comes, he can see them.”

President Duterte is scheduled to be in the UAE later this year.

The UAE trade mission, held on Feb. 12, was the first leg of a week-long, three-city road show that included Riyadh and Doha, also according to Elnar.

Meantime, among queries raised was the assurance on the continuity of PEZA’s programs in the event that Duterte loses re-election, to which Plaza replied: “The incentives are protected by law.”

Plaza, replying to another query, said a Memorandum of Agreement (MOA) with the Philippine Securities and Exchange (SEC) will be signed to expedite processing of permits and clearances so that documents can be submitted to Duterte for review within 24 hours.

Plaza said she will make the procedure “more simplified” such that it would only take a day for the application to be on the president’s desk after all papers and documents have been submitted by the investor.

She said an MOA is needed with SEC because it takes the latter three days to approve applications.

Two basic documents are needed for an application to be reviewed by Duterte: a profile of the company and a registration with SEC, Plaza explained, adding that the PEZA board will first have to review it before submission to the president.

“We have been assured that SEC will act on it no longer than two days,” Plaza told the businessmen.

Participants interviewed by The Filipino Times were unanimous in saying the investment conference enabled them to get a better understanding of the Philippines as it also included a presentation by Elnar on Philippine-UAE trade relations and another by Abul Khayr Amalon M. Alonto II, Mindanao Development Authority chief of staff.

Mohammed Ibrahim, marketing manager at Libya Africa Portfolio, a capital investments company, said it was “very interesting to know more about regulatory policies, about how to invest in the Philippines, about securities, about investing money there and how to regulate them.”

“We are very interested and looking forward as well to having continuous seminars for a closer look and to meet more Filipino suppliers,” he said.

“I met with the delegates of the zone authority to directly arrange a contact between us and the appropriate people,” said Mahran Hussein A. Khunji, business development manager at Der Mond Oil & Gas, a company which is also into other industries, among them commodities and automotive.

“They were so helpful. We will be networking with the directors. We got the direct contacts, which makes it easy for us,” he added.

“It’s a good opportunity to have met the right people,” for his part, said Usama Ghassan Al-Sammarraie, marketing manager at Zad Trading, which is into exporting ceramic tiles, among others. “They answered all the questions. They really made it clear. There are so many things about the Philippines that we didn’t know,” he added.

He said he has become “more interested” in doing business in the Philippines following the event.

“It was excellent, very informative,” said Houssam Abdul Malak, sole owner of Fiesta Pinoy, one of Dubai’s pioneering Filipino-centric restaurants. He said he has follow-up questions to Elnar.

Jose Jovy Tuano, co-founder and director of trade, investment and entrepreneurship of the Philippine Business Council in Abu Dhabi, noted the serious interest and quality of those in attendance.

“The challenge now is to identify what the UAE-based companies really need so we can really focus and customize and see how we can fill it in. At the end of the day, it has to be beneficial to them, cost effective and with a better return in investments,” he said.

Plaza, a former Butuan representative, was one of the authors of the Special Economic Zones Law that created PEZA.