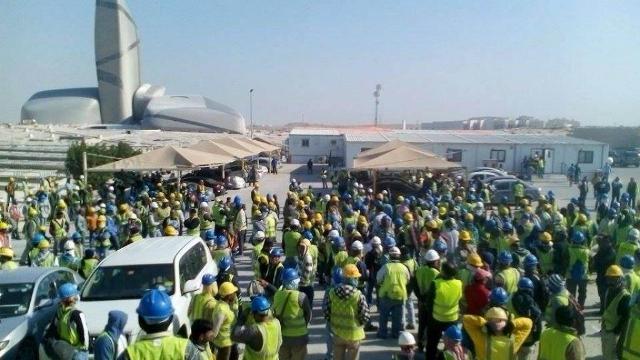 After a period of financial turmoil that affected many businesses in the Kingom forcing some to lay off their staff, Saudi Arabia plans to settle all dues owed to the private sector within two months.

Until July 2016, the Department of Labor and Employment had provided assistance to over 11,000 stranded OFWs who were retrenched by financially-troubled Saudi firms.

The crash in oil prices from mid-2014 forced the government to slash projects and delay payments to some private sector companies, reported Arab News.

But the government has been working to clear the outstanding payments, Saudi Finance Minister Mohammed Al-Jadaan has said.

The minister reportedly said that the all dues to the private sector had been paid up until the beginning of December. Any documents submitted in the last three weeks will be paid within two months, he added.

During the past two months, the state has spent more than SR100 billion accrued to the private sector, especially the construction sector, the minister reportedly said.

The government promised several months ago to pay private sector entitlements and has fulfilled this promise, the minister added.

The ministry is now studying the rest of applications, which will be paid over the next two months, said the news portal.

The government’s “Fiscal Balance Program – Balanced Budget 2020” document details how Saudi Arabia plans to support and enable the private sector to grow in line with its Vision 2030 reform plan.

It identified four main headwinds faced by the economy at large: slower economic growth — particularly in the utilities, construction, non-oil manufacturing, wholesale and retail sectors — a worsening balance of payments, declining confidence in the economy, and a drop in private sector employment.

The Kingdom established the Local Content and Private Sector Development Unit to help address three key objectives for unlocking the full potential of the Saudi economy. These are: To grow the non-oil private sector, to become less dependent on oil; to develop local content and build up a competitive local industry; and to improve the balance of payments supported by higher non-oil exports, reported Arab News.

The country reportedly plans to launch a private sector stimulus packages, with a proposed size of SR200 billion, to help boost economic growth.