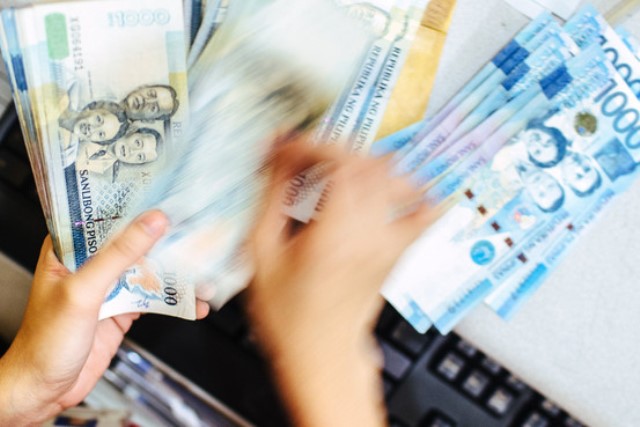 Economic experts are suggesting that a weaker peso also has its advantages as the Philippine currency gained three centavos from Monday’s almost eight-year low.

Finance Secretary Carlos G. Dominguez III was quoted as saying that a weaker peso was “not 100-percent bad for us.”

“It’s good for OFWs, BPOs and the export sector,” Dominguez pointed out, as the peso value of their dollars would increase.

“But for importers, that is not so good news, especially now because we are importing capital goods and that is a very good sign because [factories] are investing in new capacity,” the finance chief said.

Separately, Budget Secretary Benjamin E. Diokno agreed that the peso’s depreciation was “not necessarily bad for us.”

“In fact, for every peso depreciation, our revenues will increase by P9.2 billion because of higher collections by the Bureau of Customs (BoC) as the peso value of imports increase. But that’s P9.2 billion minus P2 billion on the expenditure side because our foreign debt servicing would rise. On the net, for every peso depreciation, the impact on the budget would be a P7.2-billion reduction in the deficit,” Diokno reportedly said.

The budget chief added that he deemed the peso-dollar pair would revert to the 48:$1 level after markets settled down following adverse reactions to Donald Trump’s triumph in the US presidential election.

Socioeconomic Planning Secretary Ernesto M. Pernia noted that it was not only the peso but all regional currencies that were affected because of the global uncertainty.

Pernia, who also heads the state planning agency National Economic and Development Authority, reportedly said that the peso at 50:$1 level “will be okay.”

“It will be good for exports, also OFW families who are getting remittances, and BPOs. The downside would be imports will be expensive, but there are always pros and cons. I think the pros outweigh the cons,” the Neda chief was quoted as saying by Inquirer.