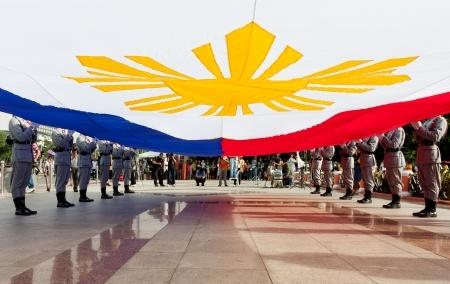 MANILA: The inauguration of President-elect Rodrigo Duterte, today, June 30, has not been declared a special non-working holiday unlike what his predecessors did.
Communications Secretary Herminio Coloma, Jr., quoting Executive Secretary Paquito Ochoa, Jr., said: “June 30, 2016 is a regular working day.”

Though there is no major public ceremony to celebrate Duterte’s victory, the government owned Philippine News Agency (PNA) said people can still participate in this historic event through social media platforms created to stream the live event.

“With President Rodrigo Roa Duterte starting his term as the country’s chief executive, he asks that Filipinos join him in the quest for real change,” PNA announced.

“Carrying the hashtag #PartnerForChange and #PresidentDuterte, everyone is invited to the inauguration of President Duterte by turning on their television sets and logging on to social media platform Presidential Broadcast Staff – RTVM Facebook page to get details of the event,” the agency added.

Duterte will be sworn-in at the Rizal Hall in Malacañang by Supreme Court Associate Justice Bienvenido Reyes.

Before then, he will meet with outgoing President Benigno Aquino III, who will be given departure honors.