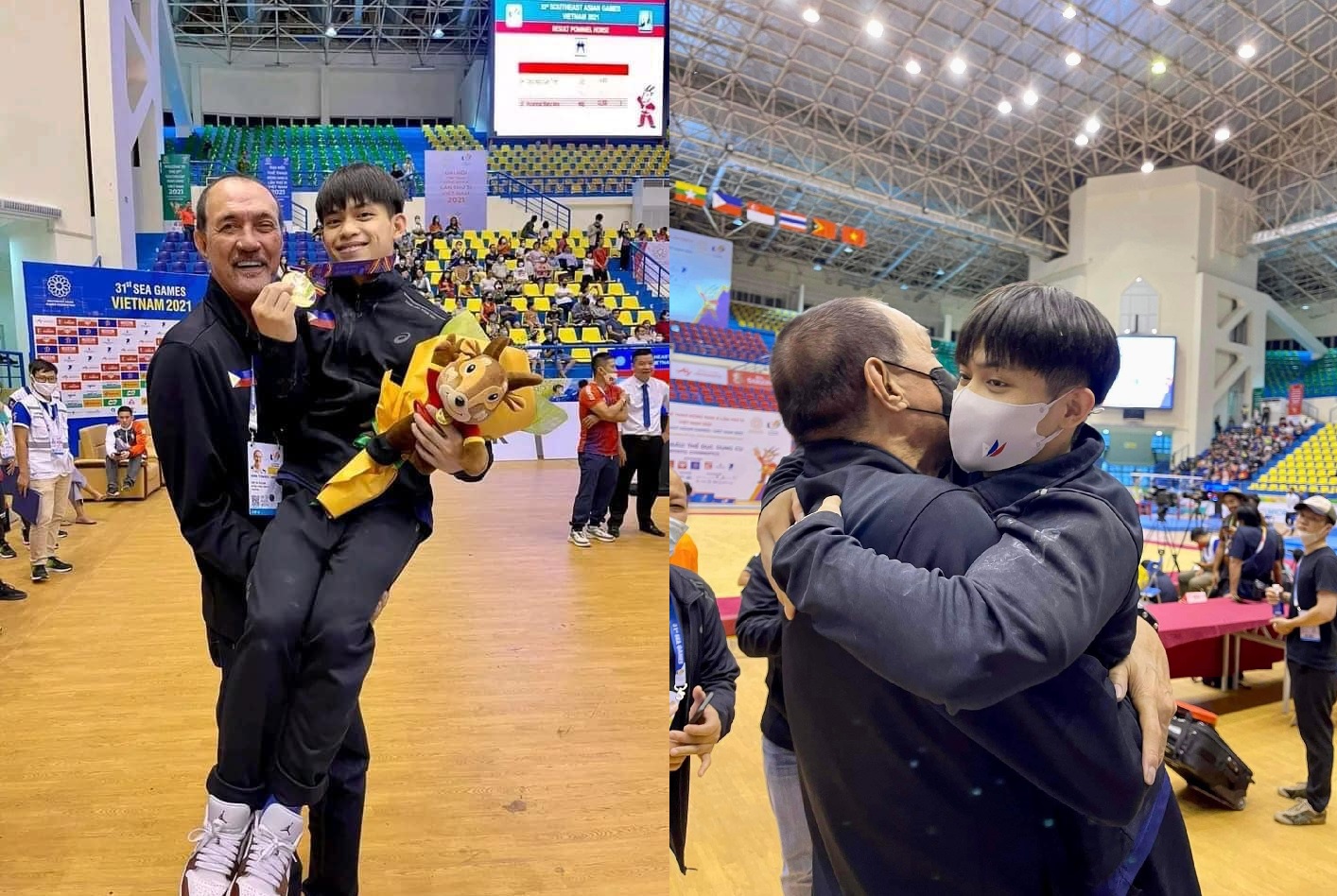 Carlos Edriel Yulo displayed an electrifying performance by scoring an impressive victory in the rings.

“I’m very happy. I really wanted to win that gold,” said Yulo. “I wasn’t expecting to win, but I just focused on my routine. I’m happy I got it.”

Returning to the Quan Ngua Sports Palace where he was crowned the all-around champion last Friday, Yulo, 22, topped the floor exercise, and won three more golds for (high bar, parallel bar and vault).

In the gymnastics Fil-American Aleah Finnegan added the women’s vault gold to Team Philippines’ kitty and also scoring crucial gold medal wins were Kim Mangrobang who added the women’s duathlon title to her victory in the triathlon last Saturday; wushu practitioners Agatha Wong and Arnel Mandal; Fil-Am William Morrison in the shot put; and the dancesport tandem of Stephanie Sabalo de Leon and Michael Angelo Marquez in the Latin dance.

This website uses cookies to improve your experience while you navigate through the website. Out of these, the cookies that are categorized as necessary are stored on your browser as they are essential for the working of basic functionalities of the website. We also use third-party cookies that help us analyze and understand how you use this website. These cookies will be stored in your browser only with your consent. You also have the option to opt-out of these cookies. But opting out of some of these cookies may affect your browsing experience.
Necessary Always Enabled
Necessary cookies are absolutely essential for the website to function properly. These cookies ensure basic functionalities and security features of the website, anonymously.
Functional
Functional cookies help to perform certain functionalities like sharing the content of the website on social media platforms, collect feedbacks, and other third-party features.
Performance
Performance cookies are used to understand and analyze the key performance indexes of the website which helps in delivering a better user experience for the visitors.
Analytics
Analytical cookies are used to understand how visitors interact with the website. These cookies help provide information on metrics the number of visitors, bounce rate, traffic source, etc.
Advertisement
Advertisement cookies are used to provide visitors with relevant ads and marketing campaigns. These cookies track visitors across websites and collect information to provide customized ads.
Others
Other uncategorized cookies are those that are being analyzed and have not been classified into a category as yet.
SAVE & ACCEPT
135 shares
Close