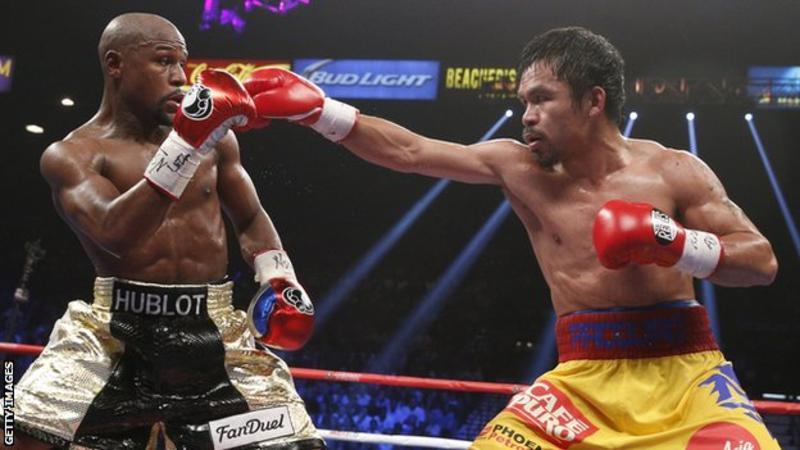 Floyd Mayweather Jr. tickled the interest of boxing enthusiasts anew when he took to social media to announce that he is working on an exhibition fight against Filipino boxing legend, Sen. Manny Pacquiao.

The 42-year-old Mayweather on Saturday said on his Instagram account that a rematch between him and Pacquiao may happen in Tokyo, Japan, an inquirer.net report said.

Mayweather posted the development just a month after a video of the American boxer planning a rematch with Pacquiao in Saudi Arabia made rounds on social media.

Mayweather, however, dismissed the clip by claiming it was an “old video.”

Mayweather scored a unanimous decision win when he fought Pacquiao in May 2015.