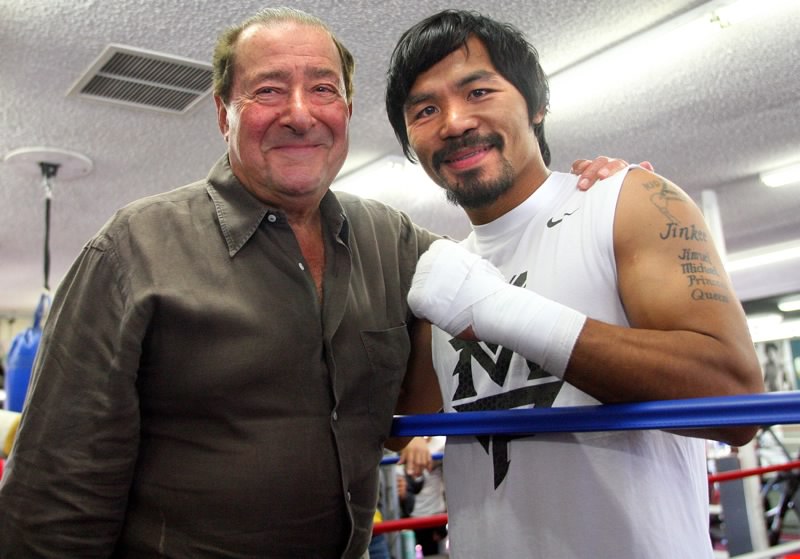 A Manny Pacquiao-Terence Crawford showdown may not be happening soon.

Top Rank boss Bob Arum is working on a fight that will pit Crawford against Errol Spence Jr.

Spence is set to fight Shawn Porter with Arum seeing the former coming out victorious.

The unbeaten Crawford (35-0, 26 KOs) has expressed his desire to take on the 40-year-old Pacquiao though he believed that the Filipino boxing legend is more interested in fighting Floyd Mayweather. (MN)