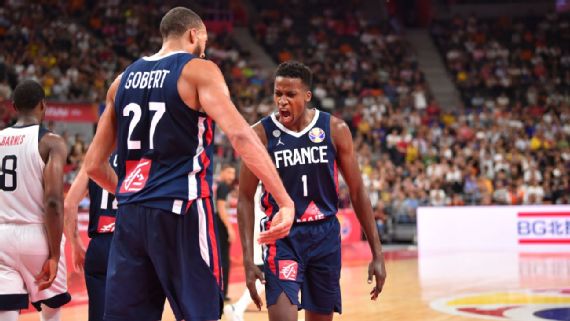 France ended the reign of Team USA after it scored an 89-78 upset win in their quarterfinal showdown on Wednesday in the 2019 FIBA World Cup in China.

Prior to the loss, Team USA had won 58 consecutive tournament games in FIBA and Olympic competition with NBA players, starting with the bronze-medal game at the 2006 world championships and continuing through every FIBA Americas, World Cup and Olympics event since, an Associated Press report said.

The U.S. was gunning to become the first nation to win three consecutive World Cups, after winning three straight Olympic golds in that span.

Donovan Mitchell led Team USA with 29 points but was held scoreless in the fourth quarter.