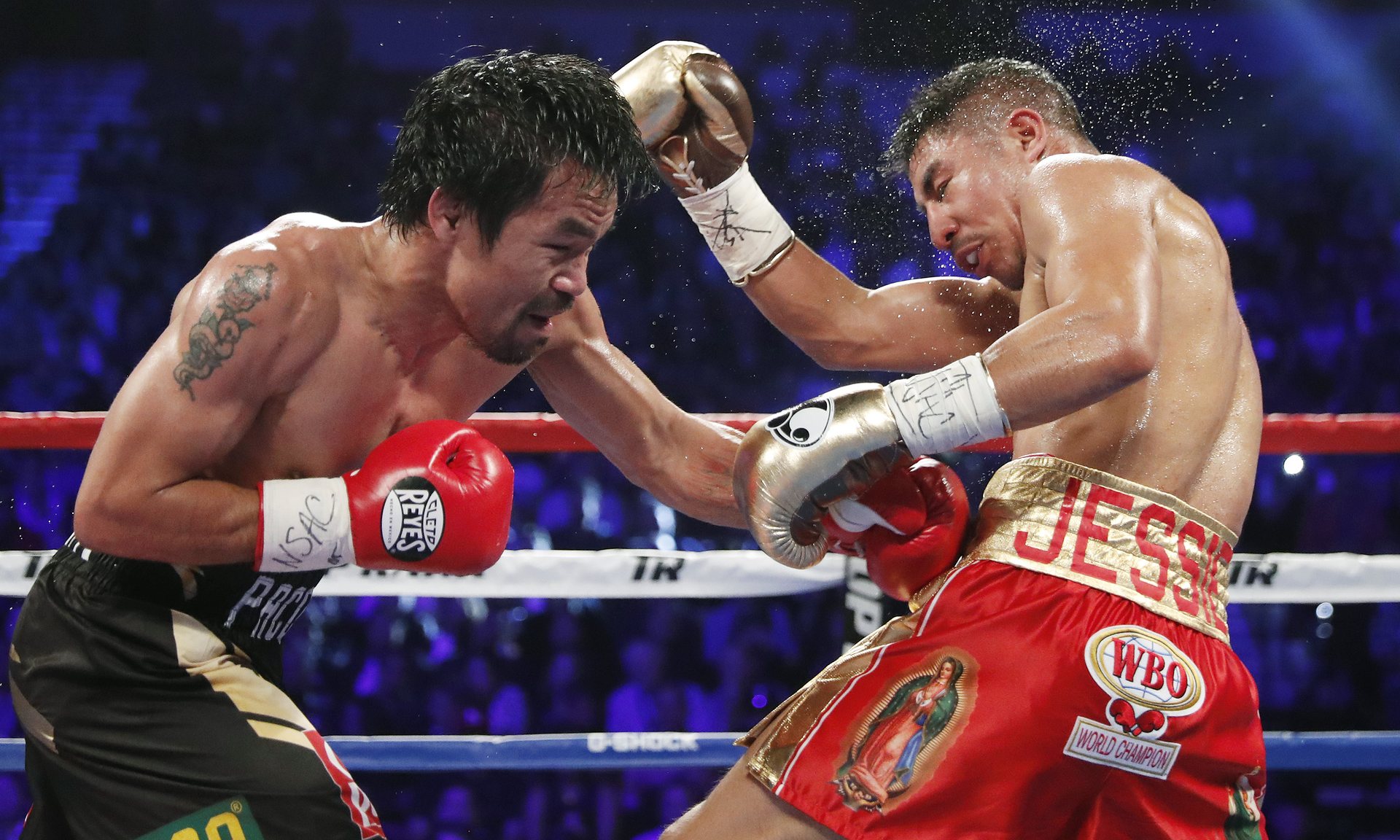 Pacquiao put on a dominant performance in winning a unanimous decision over Jessie Vargas for the WBO welterweight championship.

Pacquiao dropped Vargas in the second round and came on strong late in the fight, pummeling his foe while piling up a huge advantage.

‘Pambansang Kamao’ began to assume command in round eight, when he hurt Vargas, whose was busted up, his nose appeared to be broken and blood ran down his face.

Pacquiao continued to be in control in the ninth round, slowing the pace but not letting Vargas do any damage. He appears to have figured his foe out.

Vargas hit the canvas again in round 11, after being hit with a looping blow from Pacquiao. It was ruled a slip, not a knockdown but Pacquiao was in command and continued to dominate his younger foe in the 12th and final round.