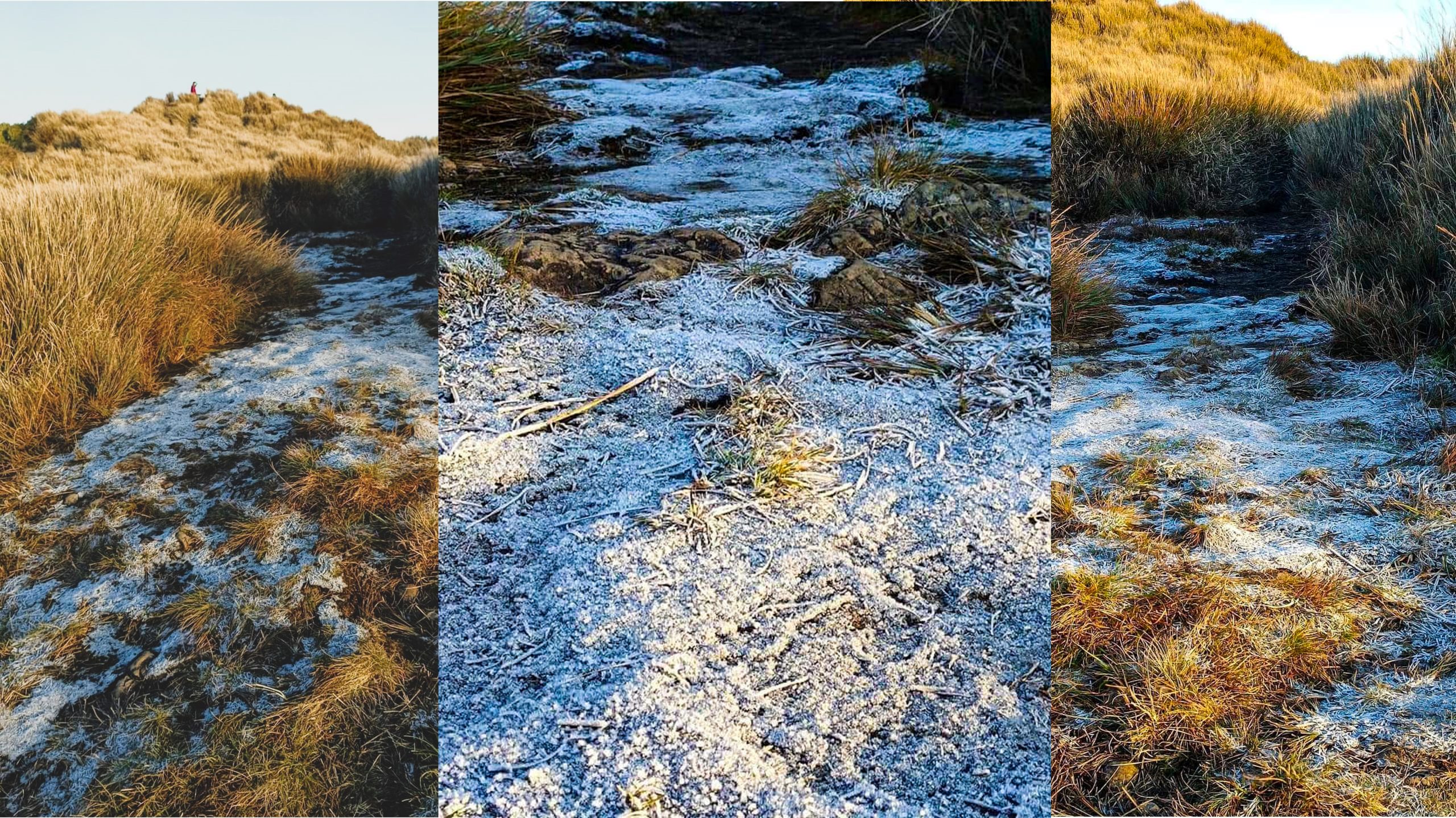 Netizen Silva Pacliwan captured photos of frost patterns on the summits. Frost is a type of precipitation that happens when the temperature of a surface goes below freezing and the water vapor in the air condenses into ice crystals, according to meteorologists.

The peak of Mt. Pulag reaches altitudes of over 2,900 meters above sea level, giving it an ideal place for frost formation. The summit’s great height and cold temperatures can cause water vapor to freeze, resulting in frost.

Mt. Pulag is most likely to have frost during the dry season, which lasts from November to May. Clear sky and low humidity enable the temperature to decrease for frost to accumulate during this time of year. Visitors to the mountain during this time should dress appropriately for the cooler temperatures and potential frost.

The frost on Mt. Pulag is a natural phenomena caused by the mountain’s high height and low temperatures. It is an interesting reminder of the unique weather conditions that can be found in the Cordillera region, and a testament to the mountain’s rugged beauty.