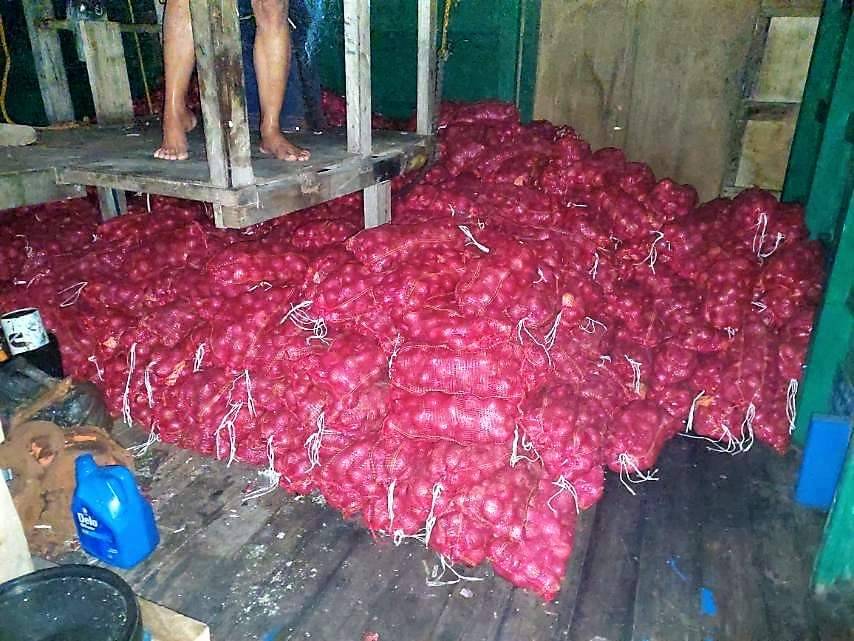 The Philippine Naval Forces in Western Mindanao said its operatives intercepted around 44,000 kilos of smuggled red onions in the city’s dockyard.

It happened on the same day the agriculture department announced the arrival of the first batch of commodity imports in the country.

Three thousand mesh bags of red onions packed in a closed-van cargo truck were seized, along with another 8,000 bags contained in a wooden vessel. Each mesh bag has four kilos of red onion.

The items were captured inside the Varadero de Cawit in Barangay Cawit.

The Navy has yet to give more details regarding the operation, such as the whereabouts of the cargo truck and boat owners, the identity of the shipment’s consignee, and where the items came from.

On the same day, this team of law enforcers seized around 300 drums of allegedly smuggled petroleum, oil, and lubricants in a watercraft in Cawit.

“The items were being accounted for in preparation for turnover to the appropriate agency,” the Naval Forces Western Mindanao said.