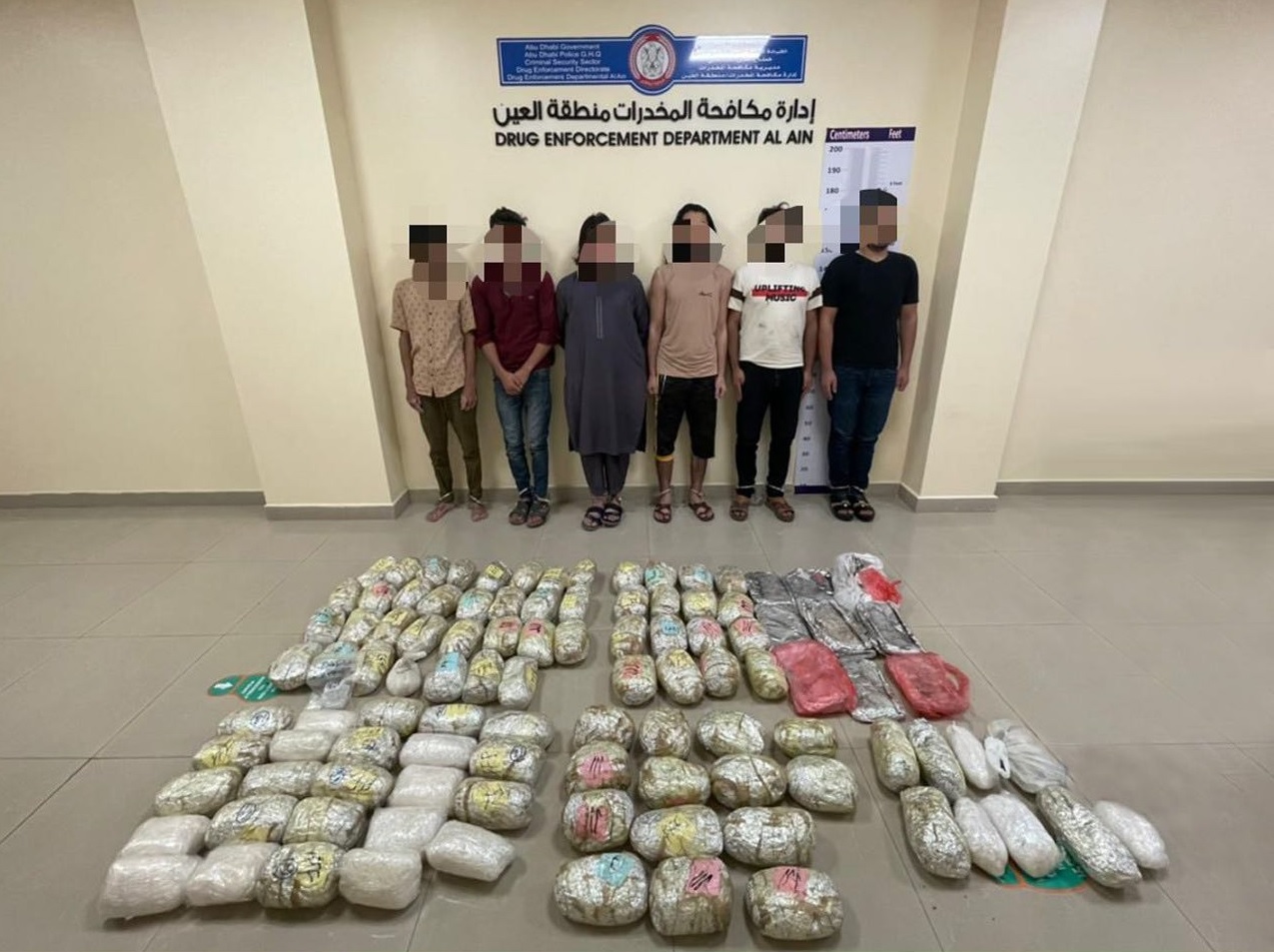 Authorities in Abu Dhabi caught a gang of six Arab and Asian expats with 107kg of illegal drugs.

Brigadier General Taher Gharib Al Dhaheri, Director of the Anti-Narcotics Directorate of Abu Dhabi Police’s Criminal Security Sector, assured the public of the force’s vigilance in stopping drug dealers on their tracks despite the methods that drug pushers do to proliferate illegal substances.

“The Abu Dhabi Police are on the lookout for anyone who is thinking of tampering with the security and safety of the homeland,” said Al Dhaheri.

He emphasized that the Abu Dhabi Police’s capability to implement efficient methodologies while using state-of-the-art tech to address drug concerns, uncover criminal plots, and penalize offenders, result in remarkable accomplishments for the force and keep the public safe from the grips of drug abuse.

This website uses cookies to improve your experience while you navigate through the website. Out of these, the cookies that are categorized as necessary are stored on your browser as they are essential for the working of basic functionalities of the website. We also use third-party cookies that help us analyze and understand how you use this website. These cookies will be stored in your browser only with your consent. You also have the option to opt-out of these cookies. But opting out of some of these cookies may affect your browsing experience.
Necessary Always Enabled
Necessary cookies are absolutely essential for the website to function properly. These cookies ensure basic functionalities and security features of the website, anonymously.
Functional
Functional cookies help to perform certain functionalities like sharing the content of the website on social media platforms, collect feedbacks, and other third-party features.
Performance
Performance cookies are used to understand and analyze the key performance indexes of the website which helps in delivering a better user experience for the visitors.
Analytics
Analytical cookies are used to understand how visitors interact with the website. These cookies help provide information on metrics the number of visitors, bounce rate, traffic source, etc.
Advertisement
Advertisement cookies are used to provide visitors with relevant ads and marketing campaigns. These cookies track visitors across websites and collect information to provide customized ads.
Others
Other uncategorized cookies are those that are being analyzed and have not been classified into a category as yet.
SAVE & ACCEPT
67 shares
Close