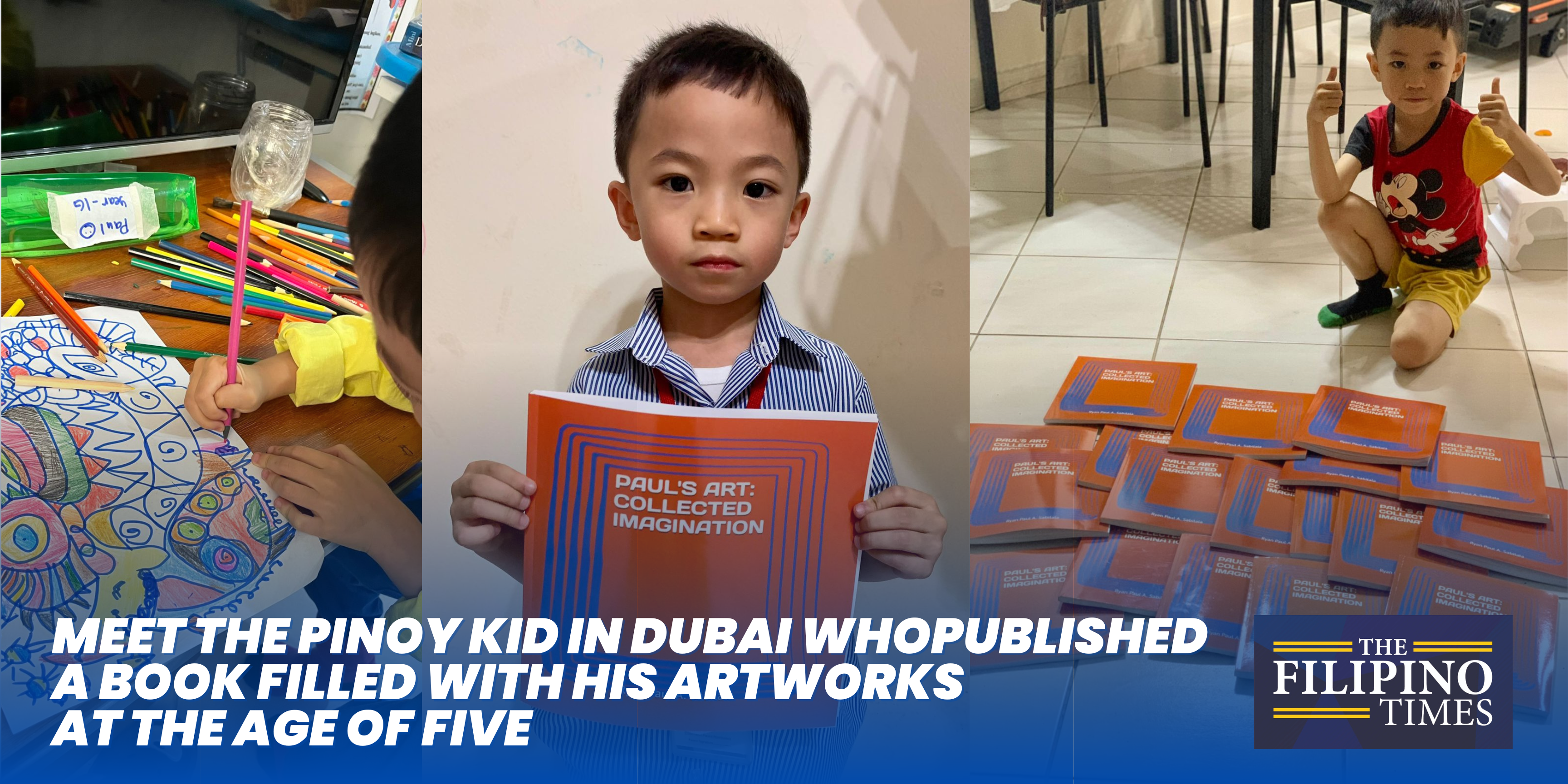 A young creative Filipino student in Dubai has published a book filled with his artworks at the age of five.

Ryan Paul A. Sabilala, who is a son of two Filipino engineers based in Dubai, has shown his creativity and love for art since he was two years old.

Paul’s mom, Pamela A. Sabilala, shared in an interview with The Filipino Times that publishing his artworks as a book is their way of allowing their son to have something that he can be proud of when he grows up.

Pam Sabilala said that Paul got his drawing prowess from his dad, Ryan Ben R. Sabilala, as they both share the same love for drawing and creating stories. His dad is now a reputable Sustainability Specialist in MAF Company. Paul’s parents are both Bicolanos who reside in Calamba Laguna, Philippines before moving to Dubai. 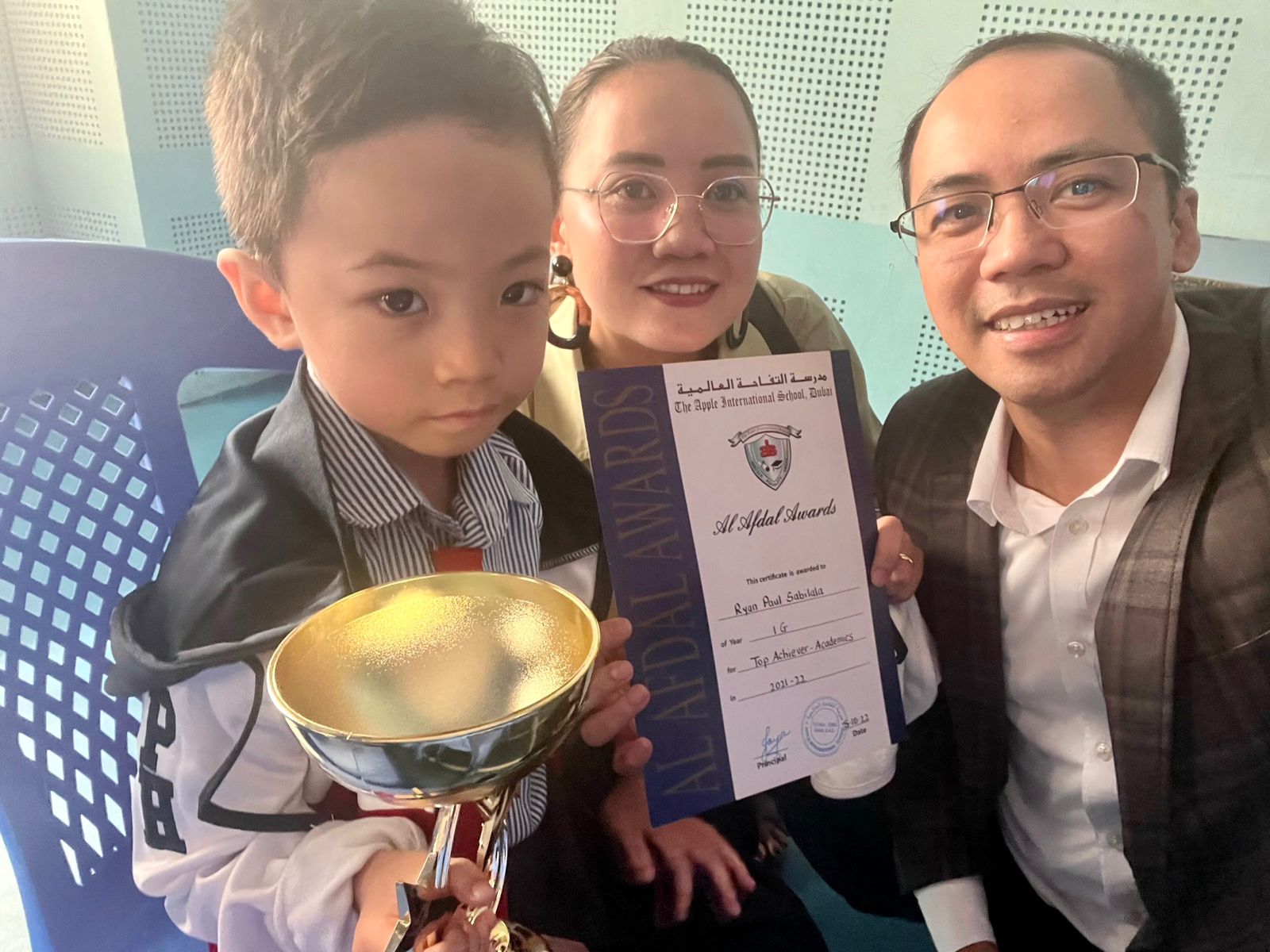 “Paul is fond of drawing shapes, or lines of any form. He began to doodle at age 2 and create stories around it. While creating his artwork, he often relates stories. His works are the tangible manifestation of his boundless creativity. At the age of five, we considered collecting all of his artwork and selecting only those that he could identify, retell the story of, or create a new story for. And as such, we decided to publish a collection of his artworks. We came to the conclusion that publishing it would give it more significance while also making it more readily accessible at any time and from any location,” said Pam. 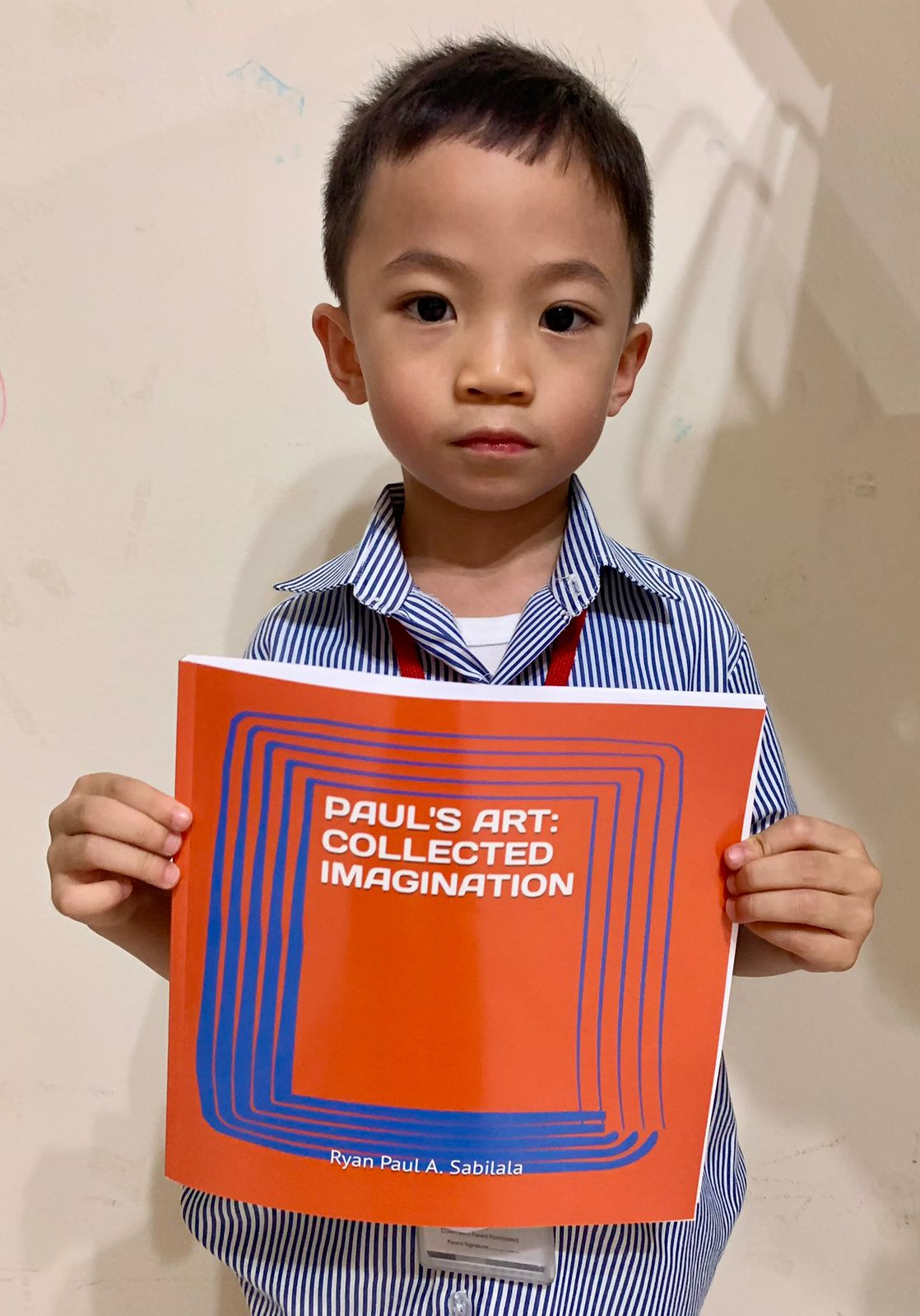 Pam added that having published a book at a young age would hopefully inspire Paul and other children to unleash their talents and start honing a sense of passion in what they love or enjoy doing.

“Paul was overjoyed to have a book available for purchase on Amazon.com. It was not done with the intention of making a profit; rather, it was designed to be something that Paul could be proud of, as well as to boost his confidence at school and while interacting with other people. The objective is to motivate him and then make sure that his example motivates other children as well,” said Pam. 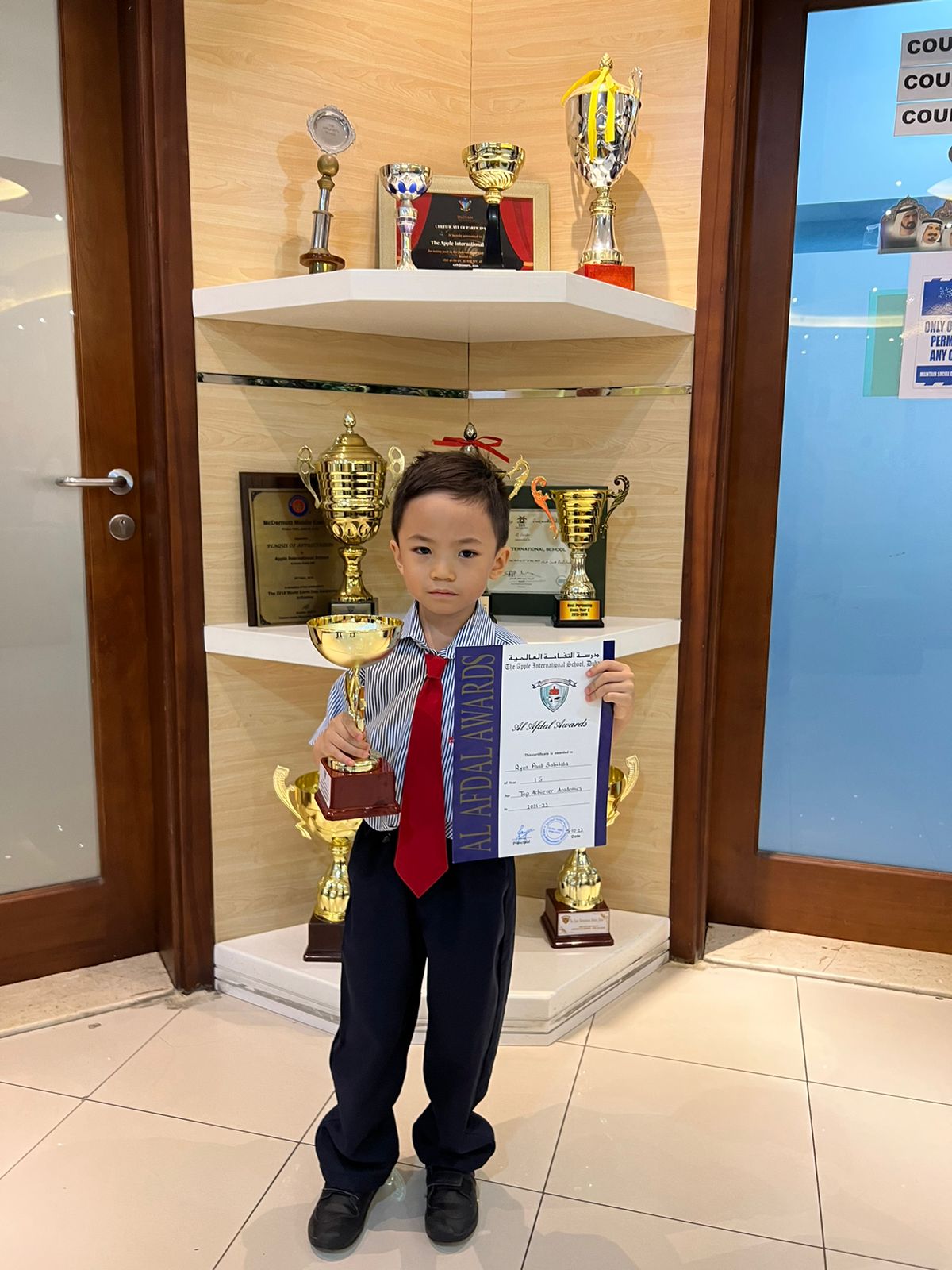 When asked what could be the secret to his outstanding achievements at such a young age, Paul’s mom shared that building a connection with the baby by listening to music and speaking with them during pregnancy could be one of the factors. She also added that this should be carried over as they start to grow in their early years.

“When I was pregnant, I would read books to my little one in my tummy and listen to instrumental music. At night, I would usually sing to my baby, talk to him and read to him a story. When my baby boy was born, I would usually sing lullabies and phonics songs to him until he falls asleep. I also started in familiarizing him with words as early as six months old. We would read books together. It became our bonding moment. I believe this was a big factor why as early as two years old, he can independently read already and can count up to twenty and started drawing. By three years old, his reading comprehension was impressive and his imagination was amazing as shown in his drawings, and he developed a fascination of the outer space,” shared Pam. 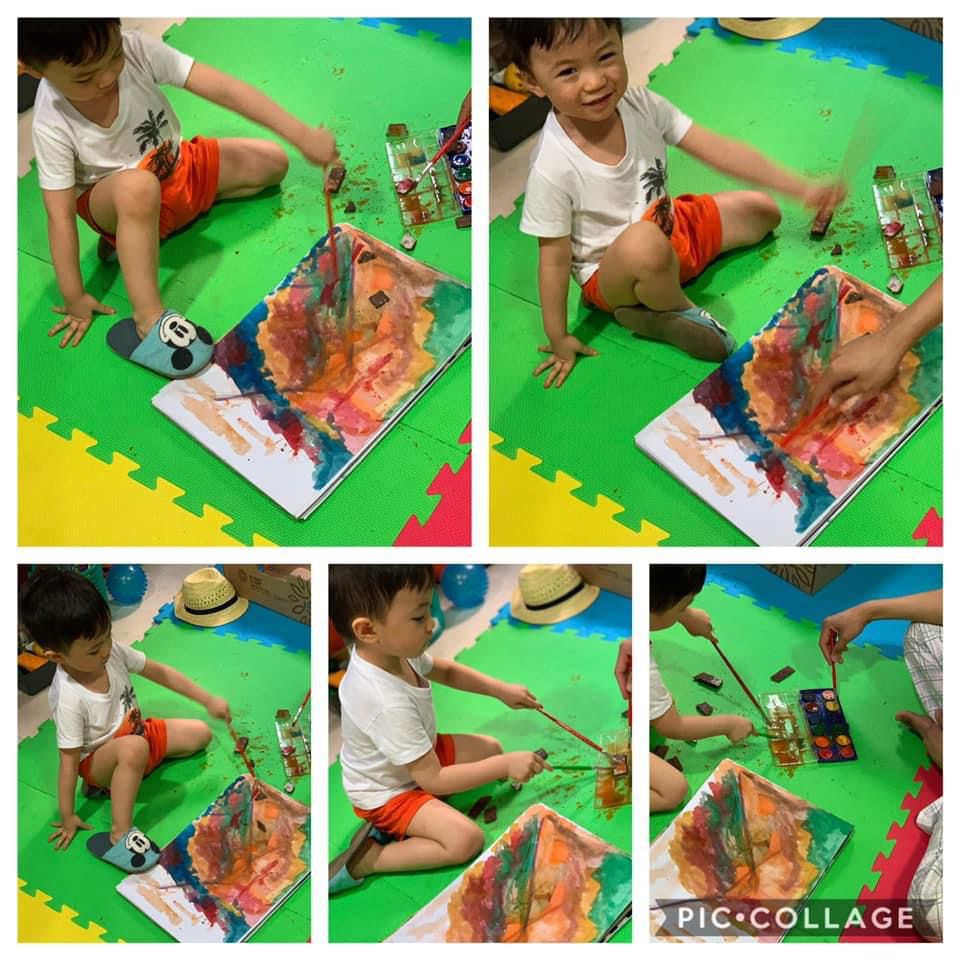 As a couple, Pam and her husband ensures that they try to be intentional in parenting.

“We place our primary emphasis on providing a reliable support system for him, recognizing his needs, and guiding him towards becoming an independent and accountable citizen in the future,” said Pam.

When asked what would they advise other parents, the two said that considering that they are still a young family, they “are unable to offer guidance to other parents since every child is different” but makes sure that they  behave like responsible parents would behave. 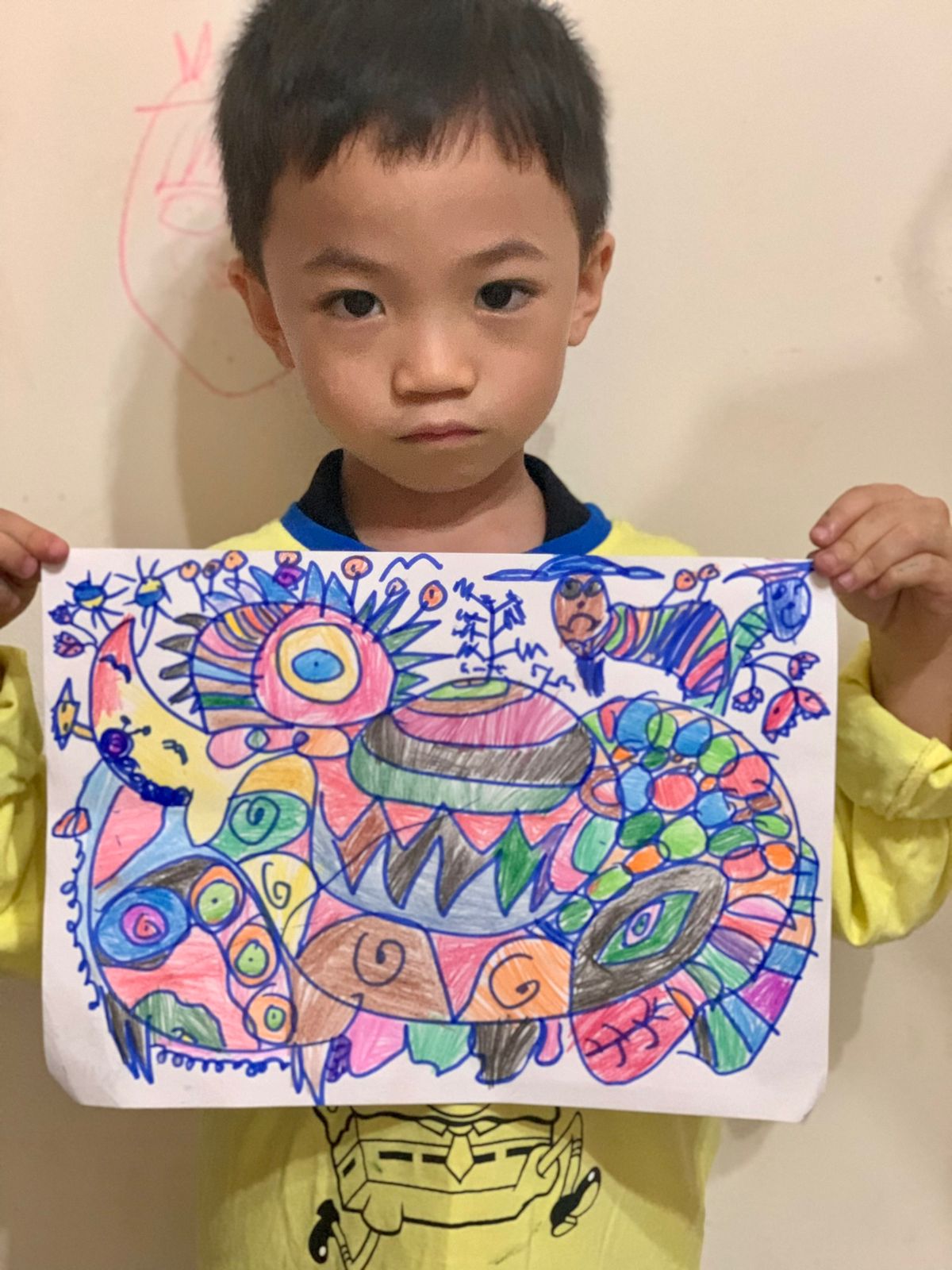 “It is important that we do not hold our child up to the standards of other children. Because time is of the essence, we need to be there for him as much as we possibly can. We challenge him while having fun, exposing him to physical and mental activities. Above all, we strive to continuously improve his character with God at the center,” added Pam. 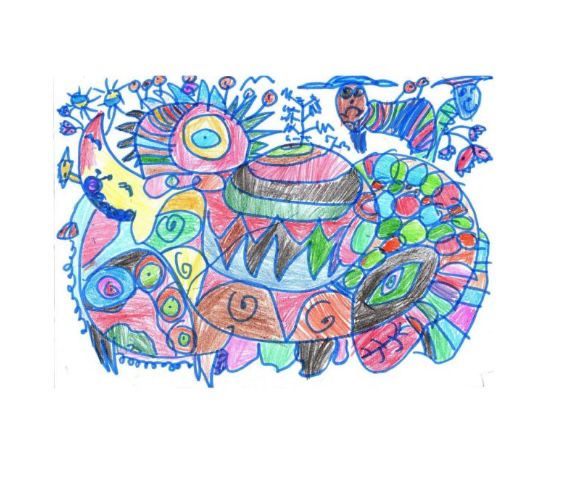 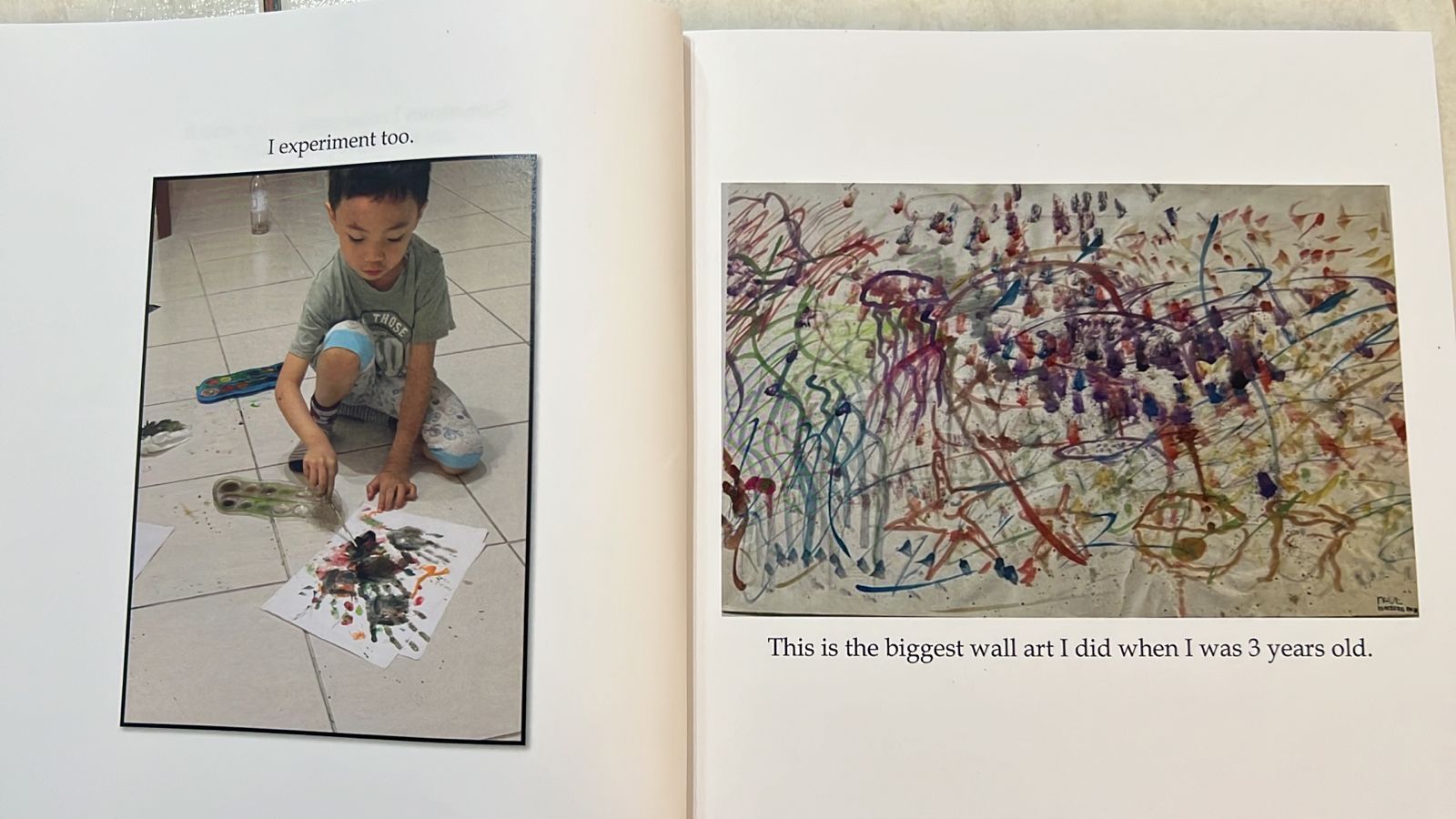 At 5 years old, he is already in Grade 1 or Year 2 in AIS, Dubai. He’s been an awardee most of the time and is  consistently at top of his class. To recognize his achievement, his school posted a congratulatory post recognizing Paul.

“We feel an incredible amount of pride as a result of the fact that Paul is already displaying such a high level of talent despite his young age. We do not yet know whether or not this type of skill will turn into a passion, but the memories that are produced as a result of it will stay for a very long time indeed. When he is older, one of the stories of success he will tell his children and friends is that I had already written and published a book when I was only five years old. There is not a shadow of a doubt in my mind that this will be one of those success stories he will share with his peers when he becomes older,” said Pam.

His parents also revealed that we can expect another book by Paul published soon.

This website uses cookies to improve your experience while you navigate through the website. Out of these, the cookies that are categorized as necessary are stored on your browser as they are essential for the working of basic functionalities of the website. We also use third-party cookies that help us analyze and understand how you use this website. These cookies will be stored in your browser only with your consent. You also have the option to opt-out of these cookies. But opting out of some of these cookies may affect your browsing experience.
Necessary Always Enabled
Necessary cookies are absolutely essential for the website to function properly. These cookies ensure basic functionalities and security features of the website, anonymously.
Functional
Functional cookies help to perform certain functionalities like sharing the content of the website on social media platforms, collect feedbacks, and other third-party features.
Performance
Performance cookies are used to understand and analyze the key performance indexes of the website which helps in delivering a better user experience for the visitors.
Analytics
Analytical cookies are used to understand how visitors interact with the website. These cookies help provide information on metrics the number of visitors, bounce rate, traffic source, etc.
Advertisement
Advertisement cookies are used to provide visitors with relevant ads and marketing campaigns. These cookies track visitors across websites and collect information to provide customized ads.
Others
Other uncategorized cookies are those that are being analyzed and have not been classified into a category as yet.
SAVE & ACCEPT
1222 shares
Close