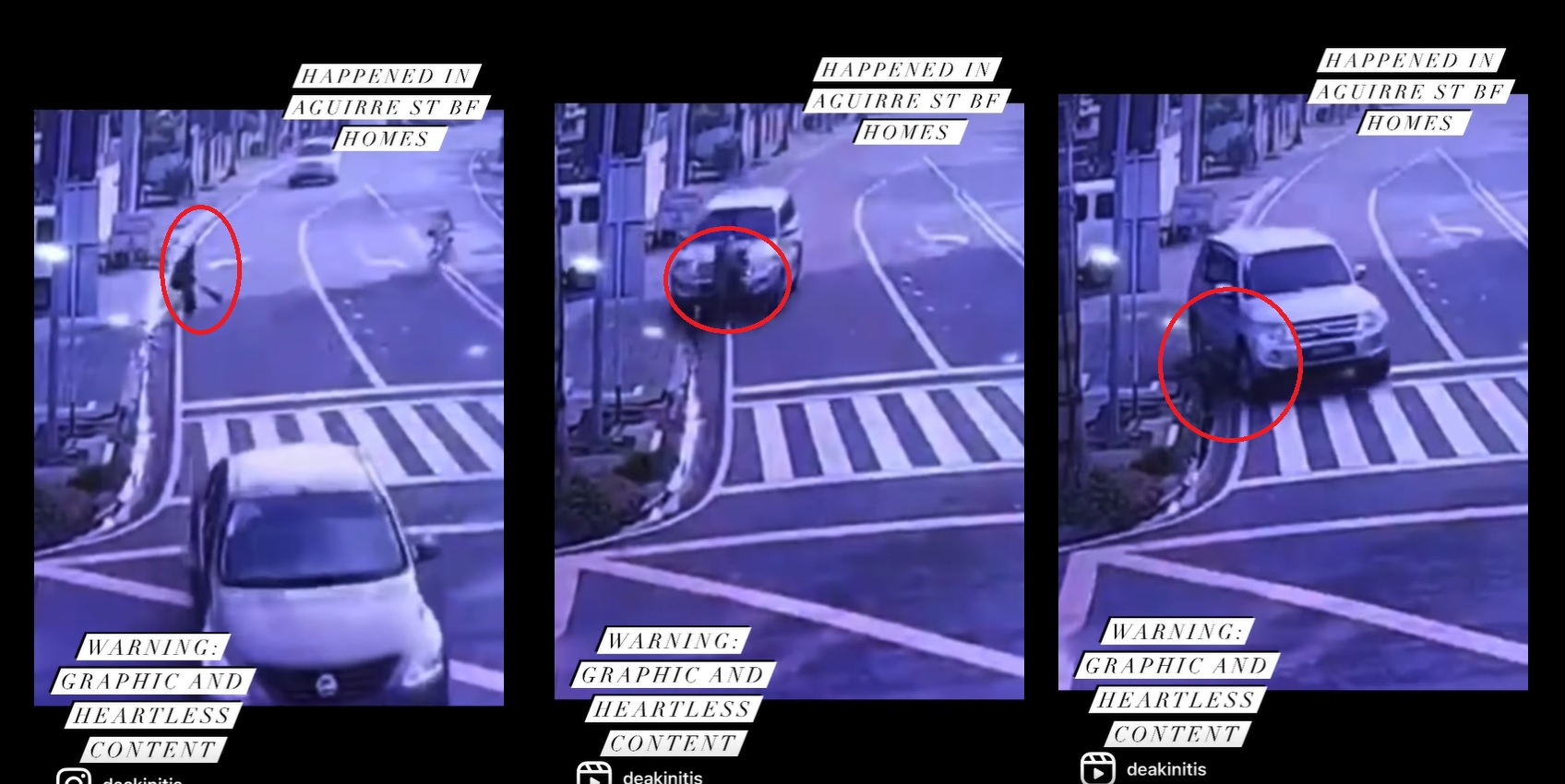 A 63-year-old clings for her life after an SUV driver rammed into her as she was sweeping the streets of Mandaluyong.

In a CCTV footage posted by James Deakin on Facebook, 63-year-old “Nanay Doreen Bacus” was hit by the SUV driver with her body crushed by the weight of the vehicle.

Deakin stated that there were witnesses at the event who reported the incident to the authorities and chased the speeding vehicle.

Police authorities apprehended the driver, who is currently detained at the Parañaque Traffic Management Bureau for Investigation.

As of posting time, “Nanay Doreen” is currently at the Philippine General Hospital in a critical condition and is being treated for major injuries that she sustained in the incident.