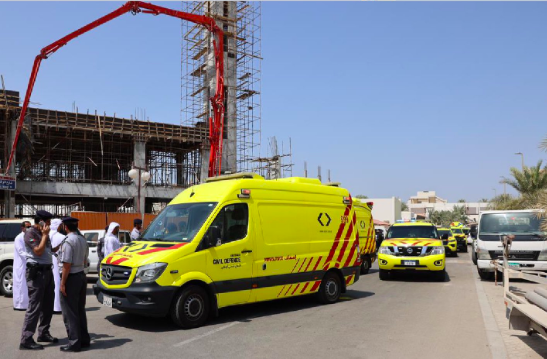 The Abu Dhabi Police was successful in evacuating and securing the site of a partial collapse accident in a mosque under construction in Abu Dhabi.

The mosque, located along Al Bateen, was secured by the police and civil defense officials on Thursday. The area is known for popular beach and is predominantly a residential area.

According to police, a number of workers were taken to hospital with injuries described as “minor to moderate”. They did not specify how many were hurt.

The incident was first reported by the Abu Dhabi Civil Defense who requested the public to avoid the site and refrain from sharing unofficial information online.

Posting unofficial videos or photos of accidents are prohibited in the UAE.

In a twitter post, the Abu Dhabi police said that they have already secured the area and evacuated all affected individuals.