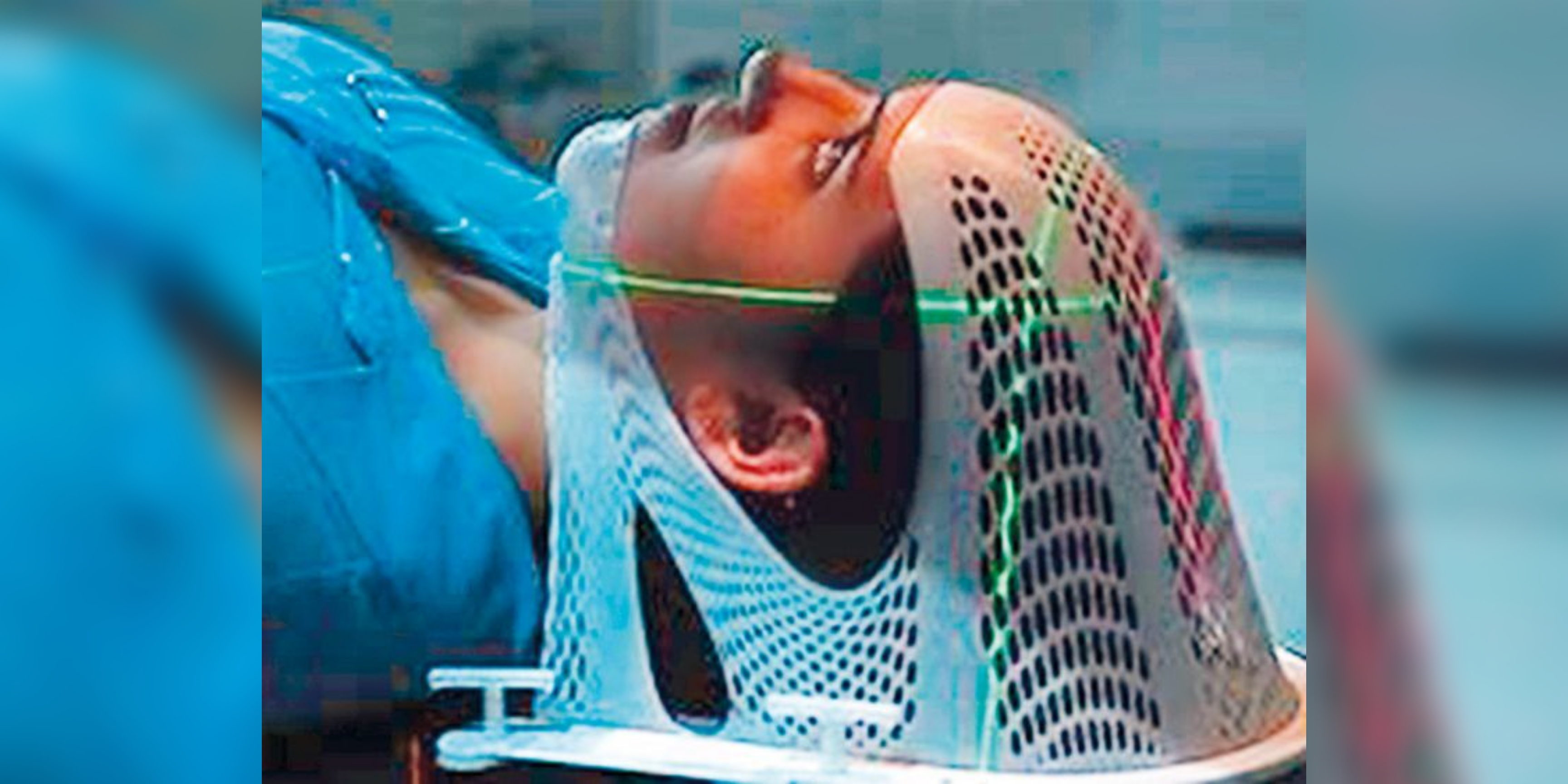 Stereotactic radiosurgery (SRS) is a radiation technique that uses multiple vantage points, and imaging technology to converge a high dose of radiation on a precisely defined target volume while minimizing irradiation to surrounding tissue. SRS typically refers to the delivery of a high dose of radiation in a single session or fraction. Fractionated stereotactic radiotherapy (FSRT), may be performed to reduce the dose to adjacent critical brain or spine structures and to provide greater dose homogeneity to the target tissue. In such cases, irradiation is delivered over multiple sessions or fractions, typically at a low dose.

A LINAC- BASED SRS system uses a single radiation source rotated through multiple non-coplanar arcs to achieve the required converge on the target lesion. The systems achieve a target accuracy of 0.1 to 1mm. Benign brain tumors that can be treated by SRS include vestibular schwannomas, pituitary adenomas, meningioma, craniopharyngioma, and hemangioblastoma. 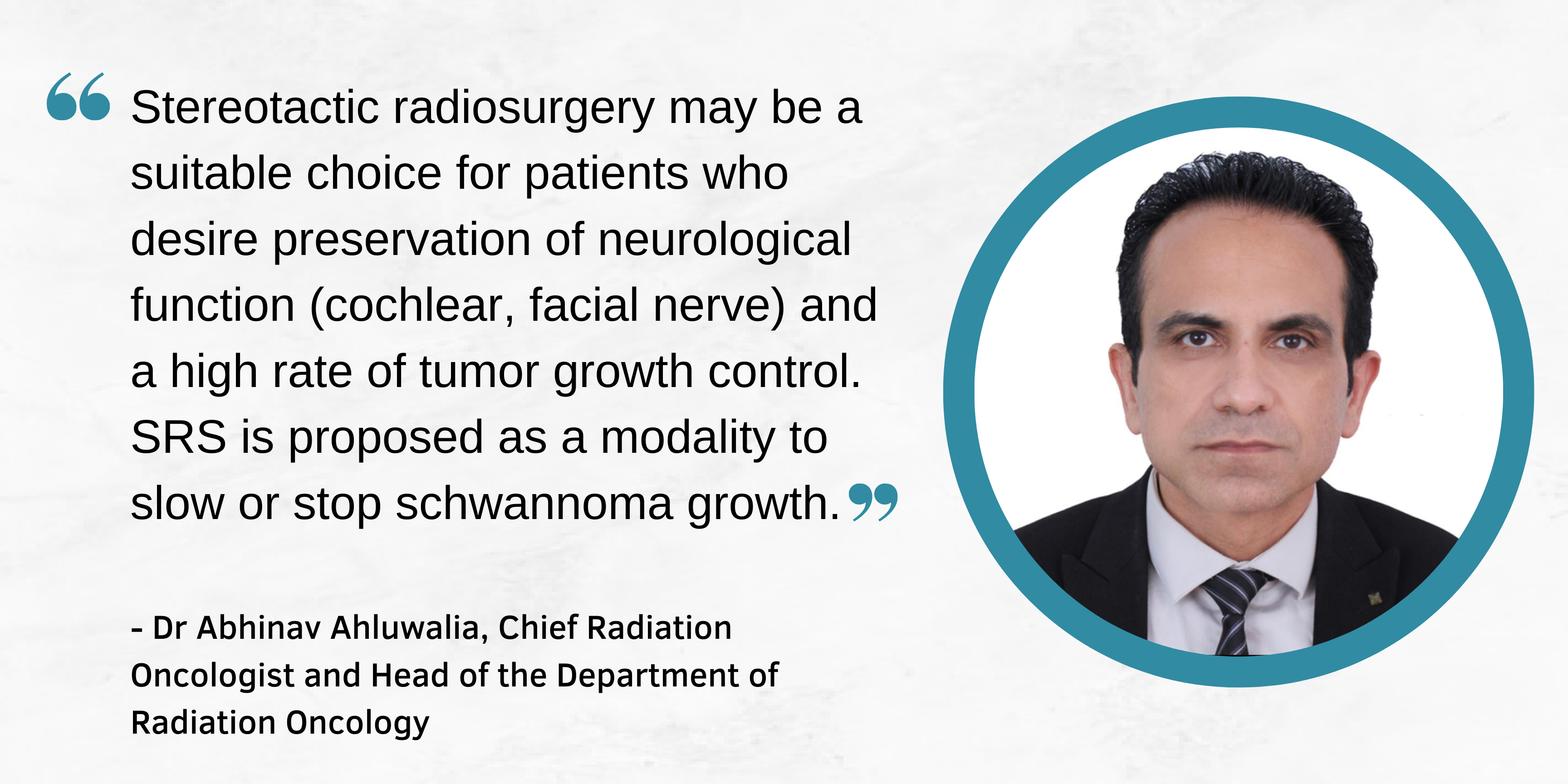 SRS is a possible first line of treatment in patients with newly diagnosed small to medium sized vestibular schwannomas, no significant brainstem compression, and reasonably well preserved hearing. SRS may be a suitable choice for patients who desire preservation of neurological function (cochlear, facial nerve) and a high rate of tumor growth control. SRS is proposed as a modality to slow or stop schwannoma growth.