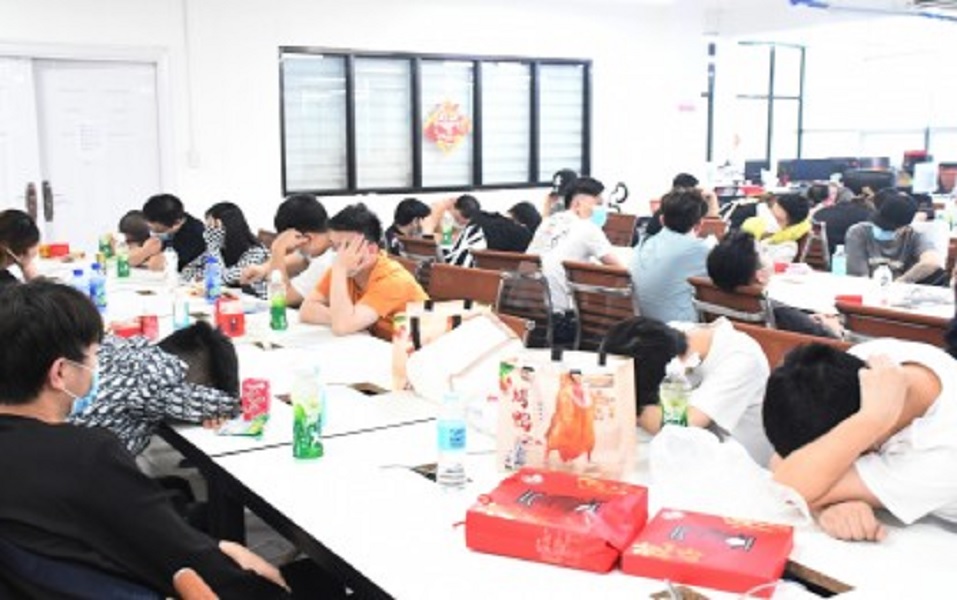 More than 40 foreign nationals who were reportedly forced to work at a Philippine Offshore Gaming Operations company in Angeles City, Pampanga are rescued on Saturday (Sept. 17, 2022). The company, Lucky South 99 Outsourcing Inc., was ordered closed by the Department of the Interior and Local Government, and the Philippine Amusement and Gaming Corporation. (Photo courtesy of PRO-3)

Justice Secretary Boying Remulla warned of a possible humanitarian crisis if the Philippines will shut down illegal Philippine offshore gaming operators or POGO in one swoop.

Remulla said that the government does not have enough resources to house and feed the large number of Chinese deportees. The DOJ chief said there is an estimated 40,000 POGO workers in the country with no valid work permits.

Deportation of illegal workers back to China also became a challenge after Beijing imposed strict measures against illegal gambling workers.

“These POGOs were provided licenses but over time, some are no longer licensed and stopped paying dues to PAGCOR (Philippine Amusement and Gaming Corp.)…They are some 216 companies with (an average) of 200 persons per company, around 40,000 workers may be staying in the country illegally, working in a POGO that is not anymore licensed,” Remulla said in a budget hearing at the Senate.

Remulla added that he is now speaking with the Chinese Embassy to process the deportation of illegal workers.

Online gambling is illegal in China and it has urged the Philippines to prohibit it.

Malacanang has yet to issue an official stand on the status of POGOs in the country but the DOJ vowed to crack down on illegal gambling.

Bureau of Immigration Commissioner Norman Tansingco said the agency has already deported around 100 Chinese nationals but had a hard time due to limited flights and strict COVID-19 protocols.