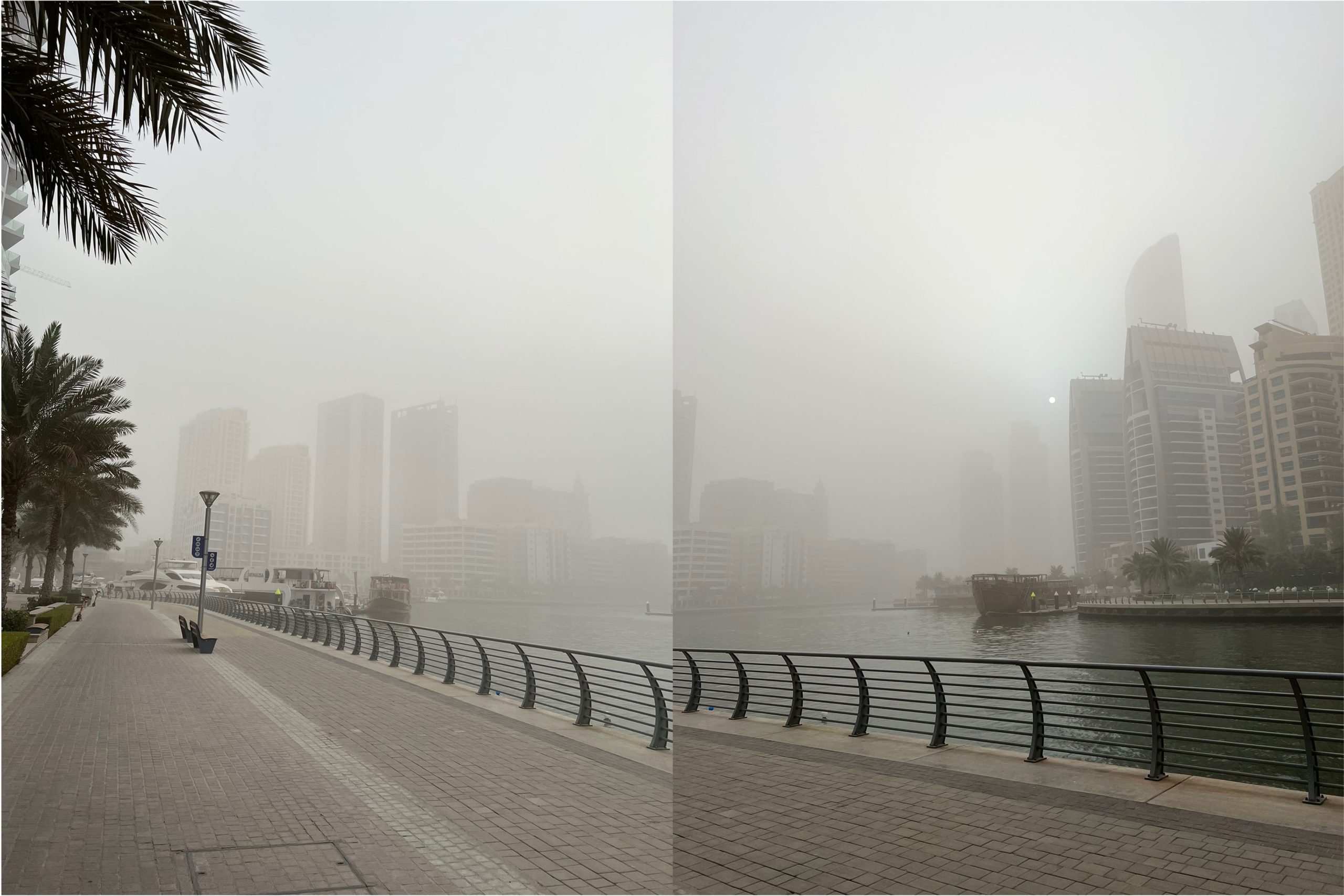 The UAE weather will continue to remain dusty and cloudy even as the disruptions caused by sandstorms have ended.

The country may witness light to moderate wind that may blow up dust during day time with speed 15-25 reaching 35 km/hr, according to the UAE’s National Center of Meteorology.

Dubai and Abu Dhabi were blanketed in sand and dust, due to which the visibility fell to 500 metres in some areas.

The unstable weather resulted into the cancellation of 44 flights and 12 diversions earlier at the Dubai Airport.

The National Emergency Crisis and Disaster Management Authority and the National Centre of Meteorology have announced the end of the extreme weather with the forecast for the remainder of the week that it will continue to be dusty and cloudy in parts. There will also be chances of rain in some areas of the country.

The authorities said that the winds will be stronger during the weekend, blowing dust and sand at speeds of up to 45 kilometres an hour while temperatures across the country will remain hot, with highs of 44°C in Dubai and Abu Dhabi on Thursday and Friday and up to 45°C during the weekend.