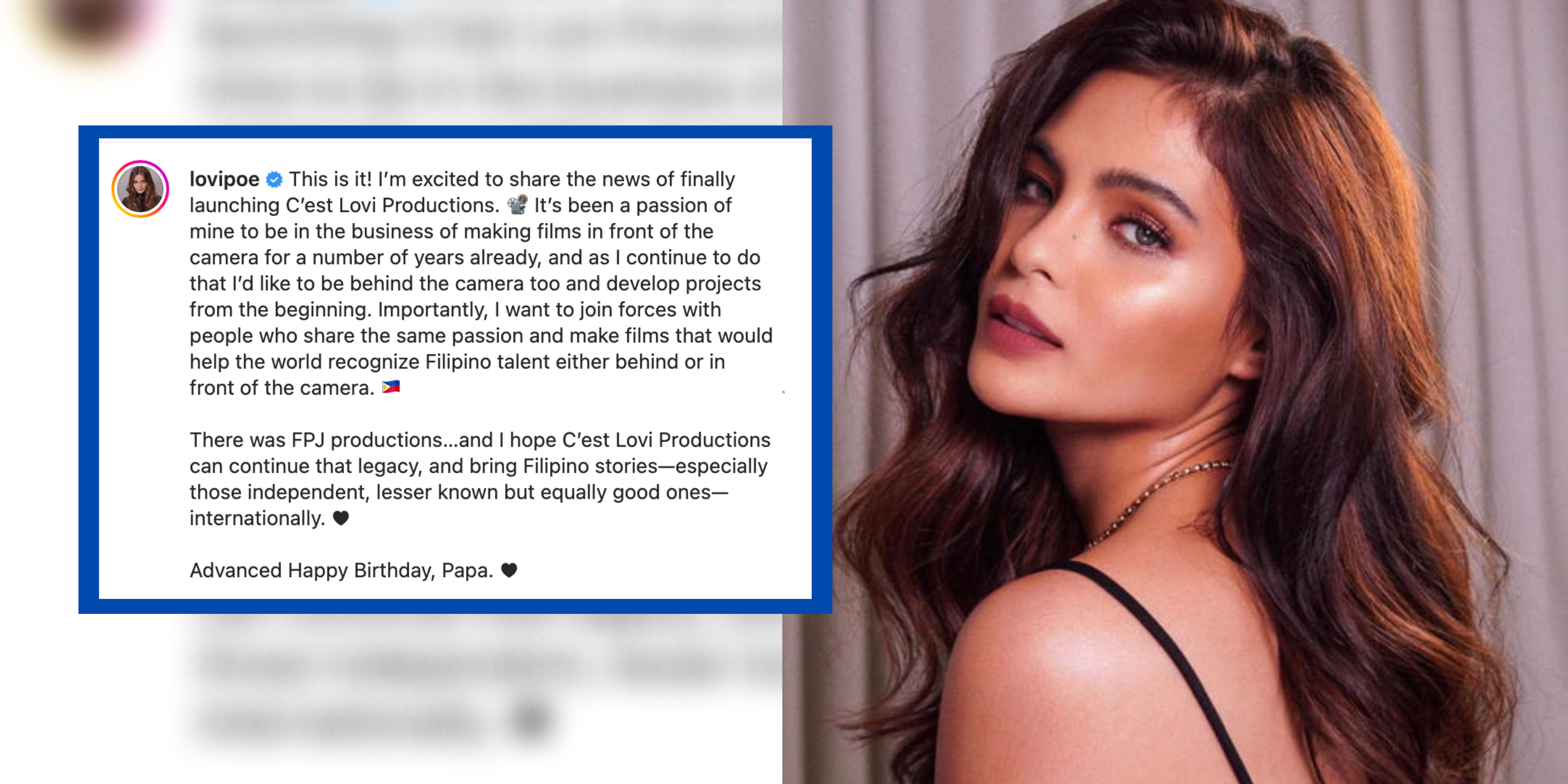 Actress and singer Lovi Poe has started her own production company, C’est Lovi Productions, that aims to bring Filipino artists and stories to international audiences.

Lovi’s boyfriend, The Prince and Marauders producer, Montgomery Blencowe is an executive of the company as the actress expressed excitement for her new production company on her Instagram page today, Aug. 5.

She noted that despite venturing into behind-the-scenes work, she will continue to take on onscreen roles and at the forefront of their roster of projects is Lady Luck, which is already in pre-production stage.

“This is it! I’m excited to share the news of finally launching C’est Lovi Productions. It’s been a passion of mine to be in the business of making films in front of the camera for a number of years already, and as I continue to do that I’d like to be behind the camera too and develop projects from the beginning,” she said.

She a hoped to work with individuals with the desire to “make films that would help the world recognize Filipino talent either behind or in front of the camera” and also paid tribute to her late father, “Da King” Fernando Poe Jr, also known as FPJ.

“There was FPJ productions… and I hope C’est Lovi Productions can continue that legacy, and bring Filipino stories—especially those independent, lesser known but equally good ones—internationally. Advanced Happy Birthday, Papa,” she said.

The company’s other projects are “Alyssa” by Filipino filmmaker Jerold Tarrog and “Lady Luck” in which Lovi is set to star.