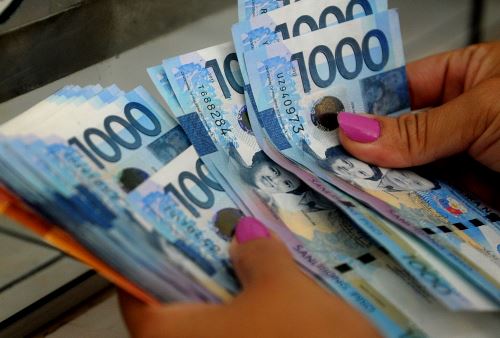 The House leader wants to institutionalize in the 19th Congress a 50 per cent reduction on the fee imposed on overseas Filipino workers’ (OFWs) money remittances.

This remains the main feature of House Bill (HB) No. 185, which is a refiled measure from Gonzales Jr.

“We hope we could enact it this time around for the sake of our 2.3 million OFWs and their families,” Gonzales said.

Under the OFWs Remittance Protection Act, the OFWs would get a major relief with a March 2022 World Bank monitoring report stating that global remittances made through banks averaged 10.94 percent of the amount remitted.

He said that OFWs paid $3.44 billion in fees “on the $31.4 billion they sent to home to their families last year.”

The House had approved the bill in December 2020 during the 18th Congress, but the Senate failed to pass their version of the measure.

This website uses cookies to improve your experience while you navigate through the website. Out of these, the cookies that are categorized as necessary are stored on your browser as they are essential for the working of basic functionalities of the website. We also use third-party cookies that help us analyze and understand how you use this website. These cookies will be stored in your browser only with your consent. You also have the option to opt-out of these cookies. But opting out of some of these cookies may affect your browsing experience.
Necessary Always Enabled
Necessary cookies are absolutely essential for the website to function properly. These cookies ensure basic functionalities and security features of the website, anonymously.
Functional
Functional cookies help to perform certain functionalities like sharing the content of the website on social media platforms, collect feedbacks, and other third-party features.
Performance
Performance cookies are used to understand and analyze the key performance indexes of the website which helps in delivering a better user experience for the visitors.
Analytics
Analytical cookies are used to understand how visitors interact with the website. These cookies help provide information on metrics the number of visitors, bounce rate, traffic source, etc.
Advertisement
Advertisement cookies are used to provide visitors with relevant ads and marketing campaigns. These cookies track visitors across websites and collect information to provide customized ads.
Others
Other uncategorized cookies are those that are being analyzed and have not been classified into a category as yet.
SAVE & ACCEPT
55 shares
Close