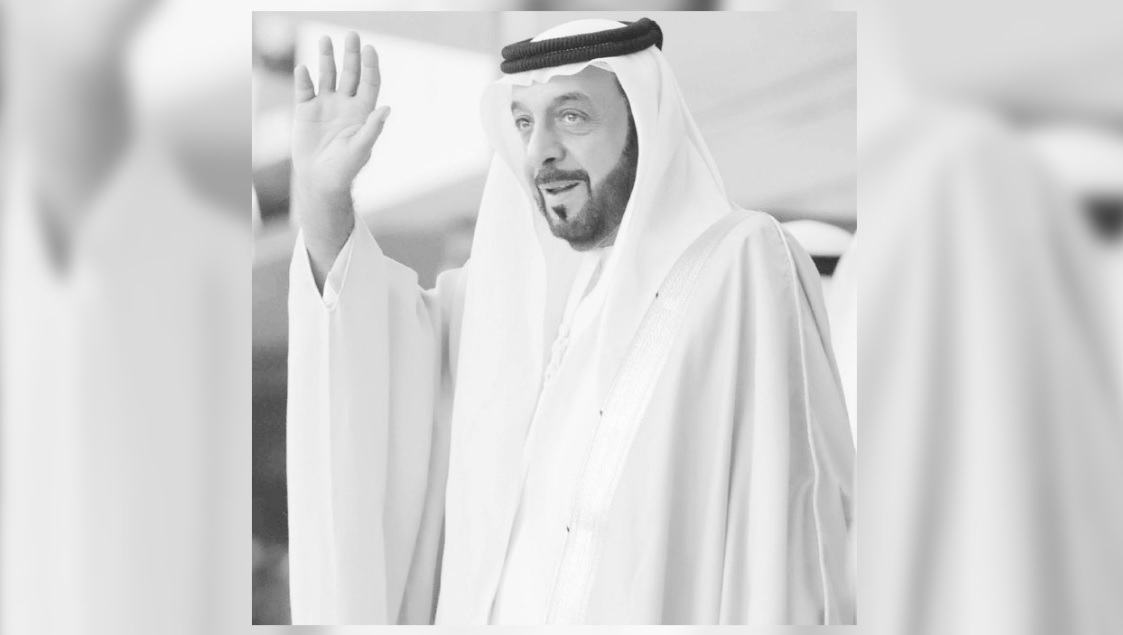 The UAE has boosted its global position and proactive role on the regional and international scene under the leadership of late His Highness Sheikh Khalifa bin Zayed bin Sultan Al Nahyan.

Sheikh Khalifa, who passed away on Friday, May 13 helped the country in forging robust relations with the outer world on the basis of mutual respect and unwavering commitment to resolving global disputes through diplomacy.

The prudent leadership of the late Sheikh Khalifa contributed to advancing the stature of the UAE as a regional cornerstone for achieving security and stability and promoting peaceful coexistence.

Under his leadership, UAE continued its significant role in deepening ties of cooperation between GCC states and their peoples, and effectively contributed to the sustainable development drives adopted by the region, reported WAM.

During the past years, in which many Arab countries faced major challenges, the UAE contributed to maintaining Arab security, providing all possible means of support for defending Arab causes.

During the global health crisis, triggered by the COVID-19 pandemic, the UAE has been unswervingly standing by Arab nations in addressing the repercussions through the dispatch of medical supplies, food and other humanitarian aid and services.

Under late Sheikh Khalifa, the UAE forged strategic partnerships with emerging economic powers like China, India and South Korea, while continuing to powerhouses led by the United States and Russia. It also continued to strengthen cooperation relations with the European Union members, notably France, Britain, Germany and other influential international powers, the official news agency pointed out.

Thanks to his leadership, the UAE established partnership ties with various international organisations and institutions, and played a prominent role in enabling these entities to carry out their responsibilities, foremost of which is maintaining international security and stability, promoting the language of tolerance and dialogue among peoples, and strengthening response to emergency humanitarian situations.

Recently, the UAE won for the second time in its history a non-permanent seat in the UN Security Council for the period 2022-2023. In addition, UAE won membership on the UN Human Rights Council for the 2022-2024 term during elections that took place among members of the United Nations General Assembly, continuing its efforts to promote and protect human rights on national, regional, and international levels The United Arab Emirates has cooperation agreements with more than 28 international organisations of the United Nations, which carry out about 80 advisory and technical missions on the Emirati soil .

At the humanitarian level, UAE under late Sheikh Khalifa forged ahead with providing foreign aid to various countries around the world with the aim of reducing poverty and helping countries and societies in need, as well as promoting peace, prosperity and stability, and stimulating economic growth in developing countries. Since establishment until mid-2021, the UAE provided more than AED320 billion in in foreign aid to about 155 countries across the globe.

This website uses cookies to improve your experience while you navigate through the website. Out of these, the cookies that are categorized as necessary are stored on your browser as they are essential for the working of basic functionalities of the website. We also use third-party cookies that help us analyze and understand how you use this website. These cookies will be stored in your browser only with your consent. You also have the option to opt-out of these cookies. But opting out of some of these cookies may affect your browsing experience.
Necessary Always Enabled
Necessary cookies are absolutely essential for the website to function properly. These cookies ensure basic functionalities and security features of the website, anonymously.
Functional
Functional cookies help to perform certain functionalities like sharing the content of the website on social media platforms, collect feedbacks, and other third-party features.
Performance
Performance cookies are used to understand and analyze the key performance indexes of the website which helps in delivering a better user experience for the visitors.
Analytics
Analytical cookies are used to understand how visitors interact with the website. These cookies help provide information on metrics the number of visitors, bounce rate, traffic source, etc.
Advertisement
Advertisement cookies are used to provide visitors with relevant ads and marketing campaigns. These cookies track visitors across websites and collect information to provide customized ads.
Others
Other uncategorized cookies are those that are being analyzed and have not been classified into a category as yet.
SAVE & ACCEPT
42 shares
Close