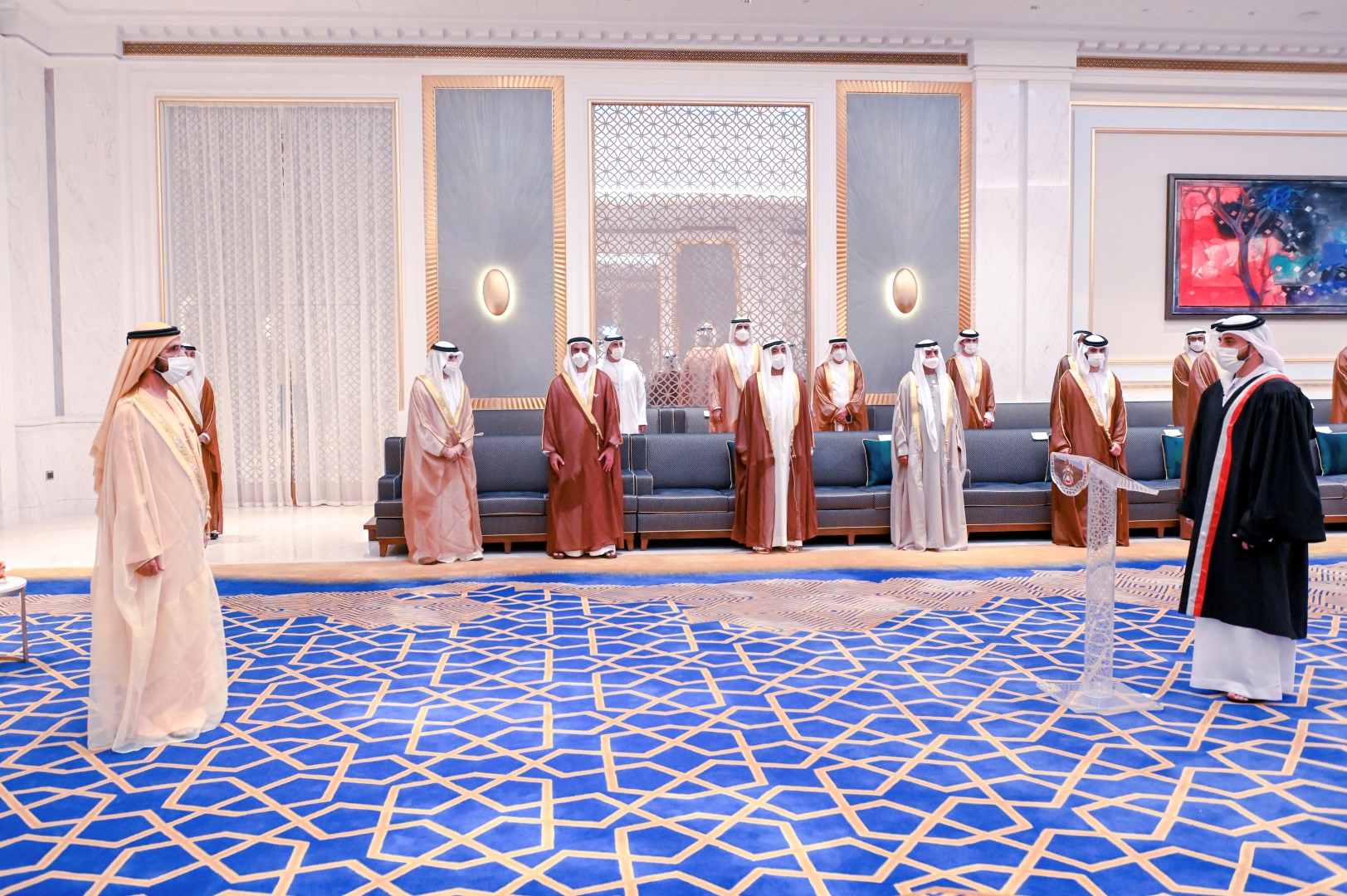 His Highness Sheikh Mohammed bin Rashid Al Maktoum, Vice President and Prime Minister of the UAE and Ruler of Dubai, has sworn into office a number of newly appointed judges in Dubai Courts.

They vowed to faithfully and impartially administer justice, and perform their duties under the observed laws.

His Highness Sheikh Mohammed bin Rashid wished the judges success in their new mission and urged them to abide by the values of impartiality and integrity and to respect individuals’ human rights and dignity.