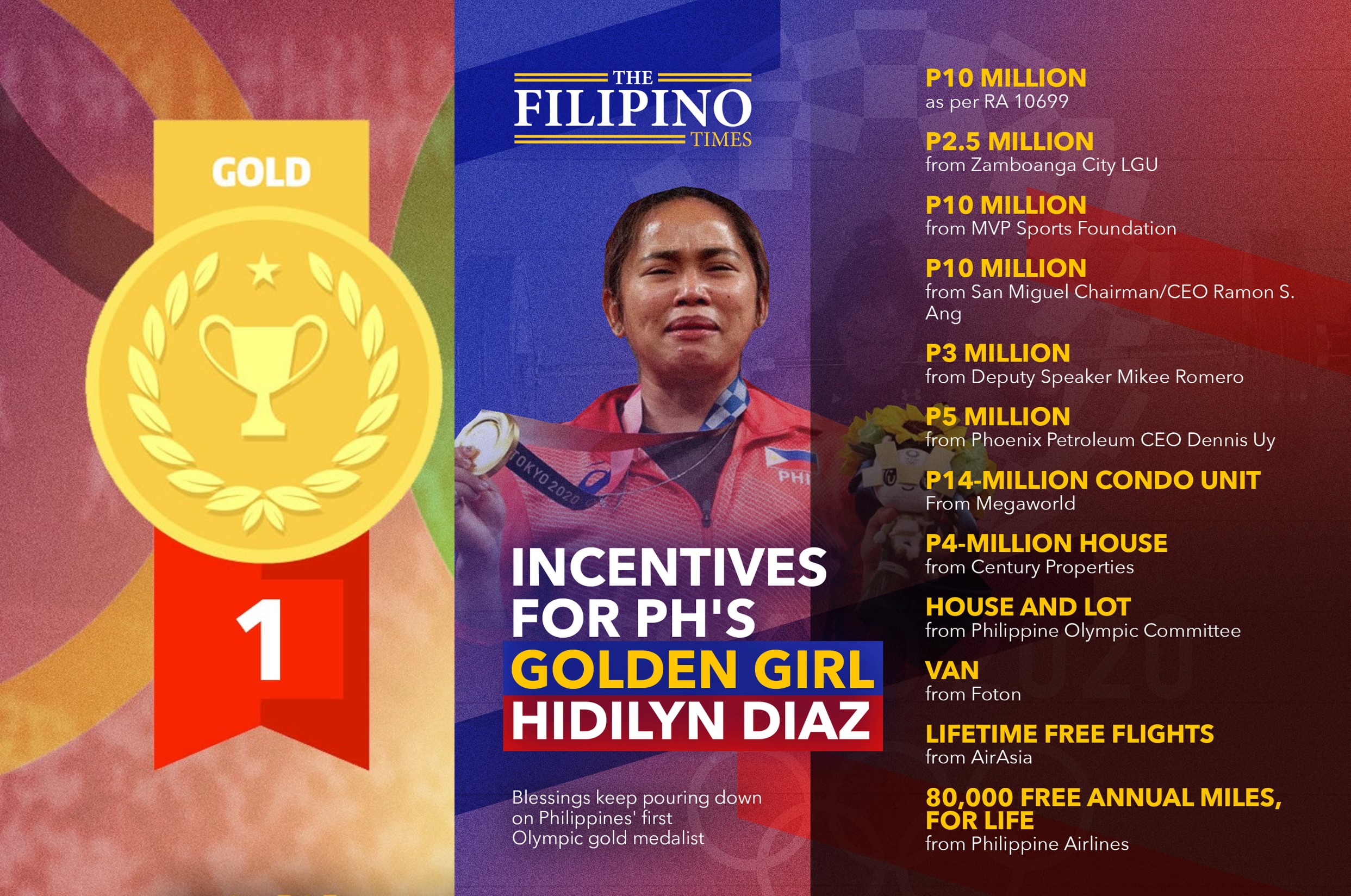 The Bureau of Internal Revenue (BIR) issue a clarificatory statement on Thursday regarding the taxability of the financial rewards and other incentives which will be received by the country’s first Olympic gold medalist Hidilyn Diaz.

“In times when a fellow Filipino represents the Philippines and wins in the international arena, the BIR always gets asked on the taxability of their prizes—be it a medal, a crown, or cash,” BIR said in a statement.

The BIR mentioned that the P10 million cash incentive for Olympic gold medal winners from the Philippine government mandated under the law “shall be considered an exclusion from gross income by virtue of Section 32(B)(7)(d) of the Tax Code.”

BIR also took note of certain businesses, politicians, and other entities who pledged cash and non-monetary incentives to Diaz.

The department said that these will be free from taxes granting that the donors already paid the donor’s tax for it.

“It’s a good thing that the TRAIN (Tax Reform for Acceleration and Inclusion) Law has finally lowered the donor’s tax rate to 6% in excess of P250,000,” the BIR said.

Albay Representative Joey Salceda files a bill seeking to exempt Diaz from taxes. Senators are also mulling to file a resolution to exempt the Olympian from tax.