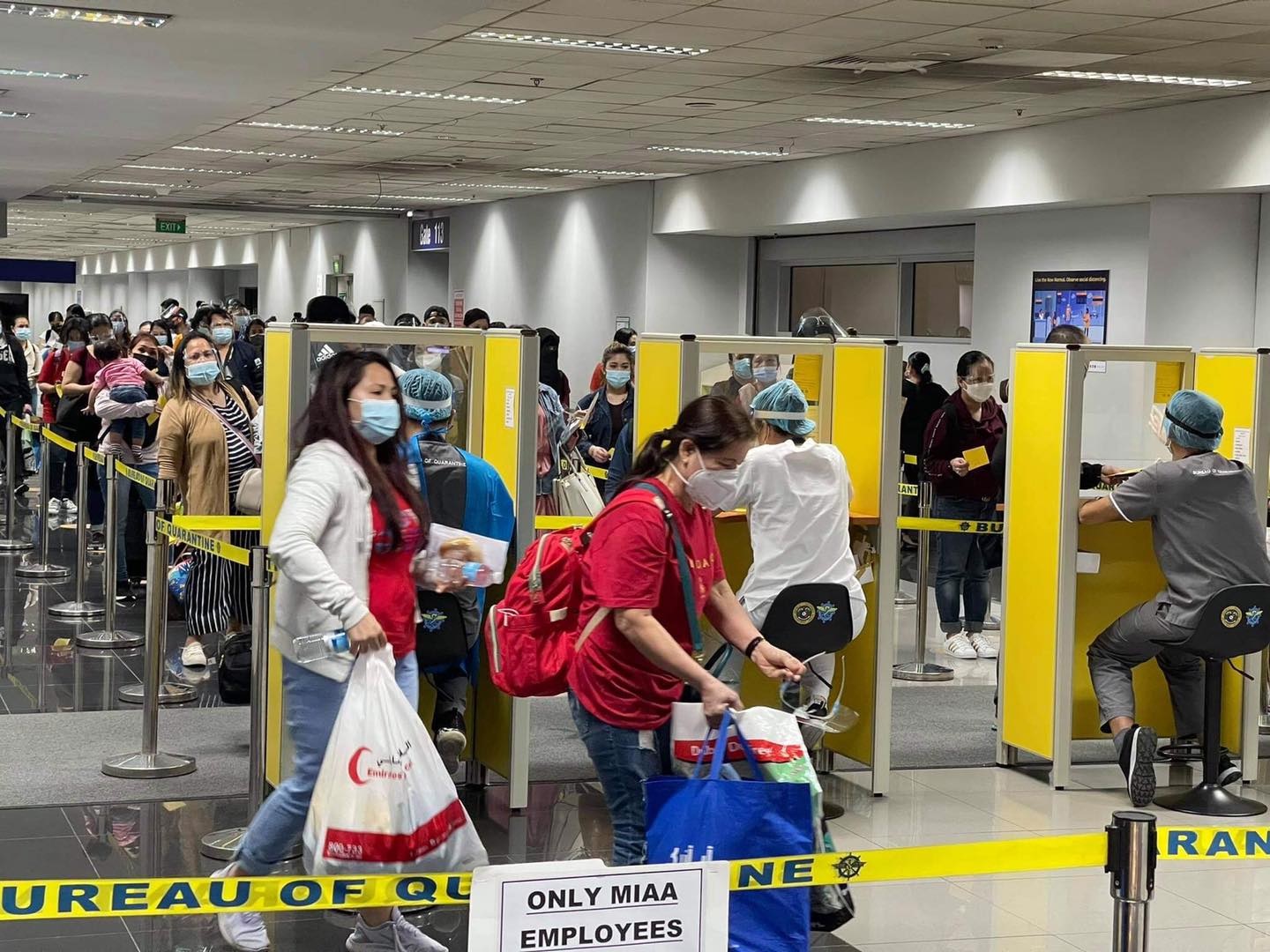 A number of business leaders are supporting calls for a ‘circuit breaking’ lockdown in the Philippines to prevent looming surge of the more virulent Delta variant of COVID-19.

This, as thousands of overseas Filipino workers (OFWs) in the UAE are expecting to finally go home after months of being stranded in the Gulf country — with various airlines now rolling out ‘Bayanihan flights’ as early as July 30.

The Philippines recorded 119 Delta variant cases on Tuesday, coinciding with 7,186 new COVID-19 infections, which is the highest daily infection recorded since June 13.

Presidential Adviser for Entrepreneurship Joey Concepcion, who earlier rejected President Rodrigo Duterte’s SONA statement that the government may consider another lockdown should the situation get worse, is now supporting the idea.

“We are in total agreement that if we are going to do a lockdown, let’s not wait. Let’s nip it [in the bud] while we can,” Concepcion said during Wednesday’s virtual Pandesal Forum.

“If we do it much later on, you will require a longer lockdown,” he added.

Other business groups in the forum said they would prefer that a preventive lockdown be implemented this August, also called the ‘ghost month’ for Chinese businessmen due to low sales turnout, rather than in the fourth quarter.

NEDA Sec Karl Chua on the other hand said the government will still meet for a holistic analysis and if a nationwide lockdown will be necessary.
“Both economic and health sides will need to see the full analysis before we make a recommendation,” he told the media.

We are in total agreement that if we are going to do a lockdown, let’s not wait. Let’s nip it [in the bud] while we can

Clamor from OFWs
However, some stranded OFWs in the UAE, which is covered by the Philippine travel ban due to the spread of Delta strain, fear that if the two-week lockdown will be enforced, it will derail their flights again in August.

Gov’t not eyeing hard lockdown
The Philippine government denied that it will soon impose a nationwide lockdown amid the threat of the Delta variant.

The Palace’s statement came following the OCTA Research Group recommendation of the implementation of “anticipatory, preventive, and circuit-breaking lockdowns” to prevent the further spread of Delta variant.

Meanwhile, the Department of Health said there’s still no “definitive evidence” of a caseload surge in the country.

Manila prepares for lockdown imposition
Manila Mayor Isko Moreno announced that the capital city is preparing for a possible implementation of a lockdown due to the increasing number of cases triggered by the COVID-19 Delta variant in the country.

In a statement, Moreno called an emergency meeting to discuss how to mitigate the spread of the Delta variant.

He also ordered the Manila Disaster and Risk Reduction Management Office, the Manila Barangay Bureau, and the Manila Police Department to “alert its forces in case the need of a granular lockdown”.

Granular lockdown in place in some areas
Some areas in the Philippines with identified Delta variant cases have already implemented granular lockdowns.

In Bacoor Cavite, granular lockdown was imposed in two villages namely El Grande and Addas 2C until August 10 due to 30 suspected cases of the new strain.

In the province of Bataan, the Inter-Agency Task Force has recommended a 14-day granular lockdown in Barangays Biaan, Balon Anito and Camaya in Mariveles where there is a high number of active COVID-19 cases.

The province has reported a total of 14 Delta variant cases on Tuesday.