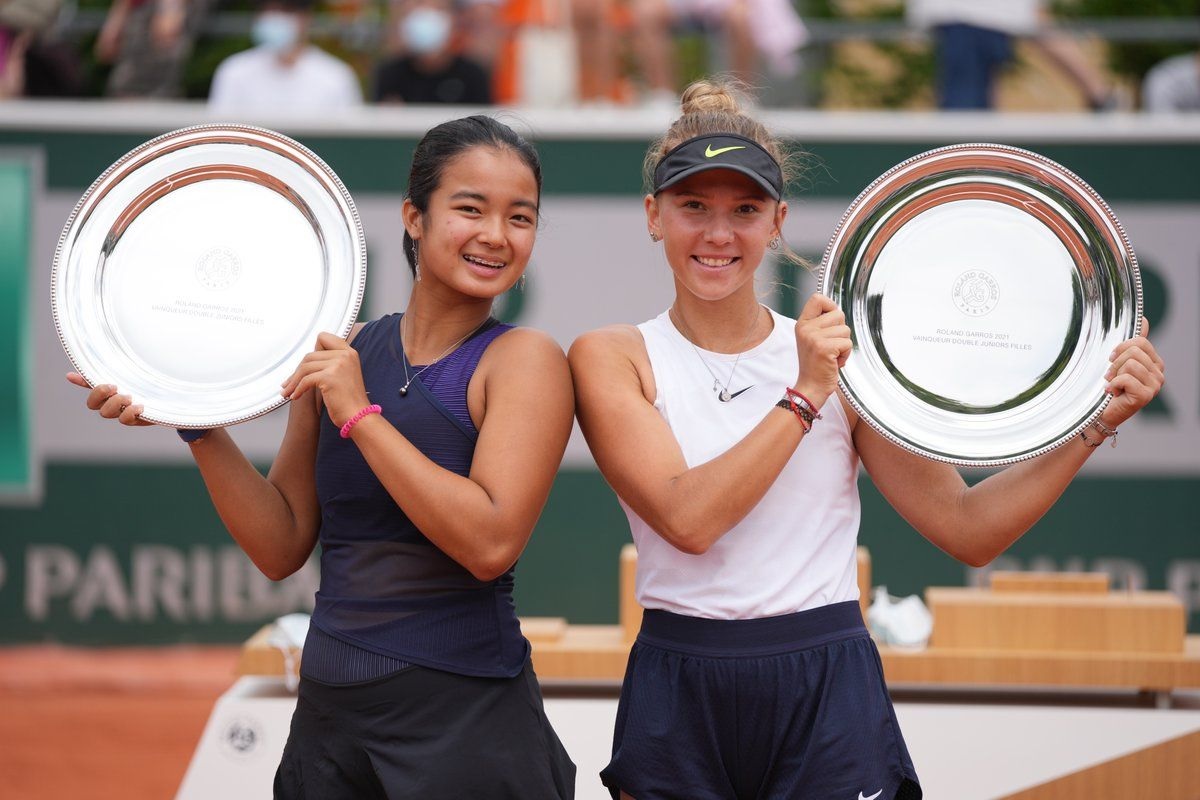 The Filipina-Russian duo completed their conquest of the title without dropping a single set in the game that lasted one hour, seven minutes.

Eala and Selekhmeteva both had been eliminated in the first round and semifinals of the girls’ singles play respectively.

However, their persistence paid off with a win in the doubles as they smashed their way over their counterparts in the five rounds that included a 6-2, 6-1 semi-finals upset win over defending champions Lisa Pigato and Eleonora Alvisi of Italy.

The finals witnessed the Eala-Selekhmeteva pair breaking the serve with clean 6-0 shutout. However, the second set witnessed them trailing at 2-4, before regaining their composure for smashing a 5-1 finish to victory..

With this win, Eala — the ITF Juniors No. 3 — added the Roland Garros trophy to her growing juniors Grand Slam collection on the heels of her win in the 2020 Australian Open with Indonesian Madelyn Nugroho. Selekhmeteva, the world No. 10, also bagged her second juniors Grand Slam title, after teaming up with Latvian Kamilla Bartone in their US Open win in 2019. (AW)