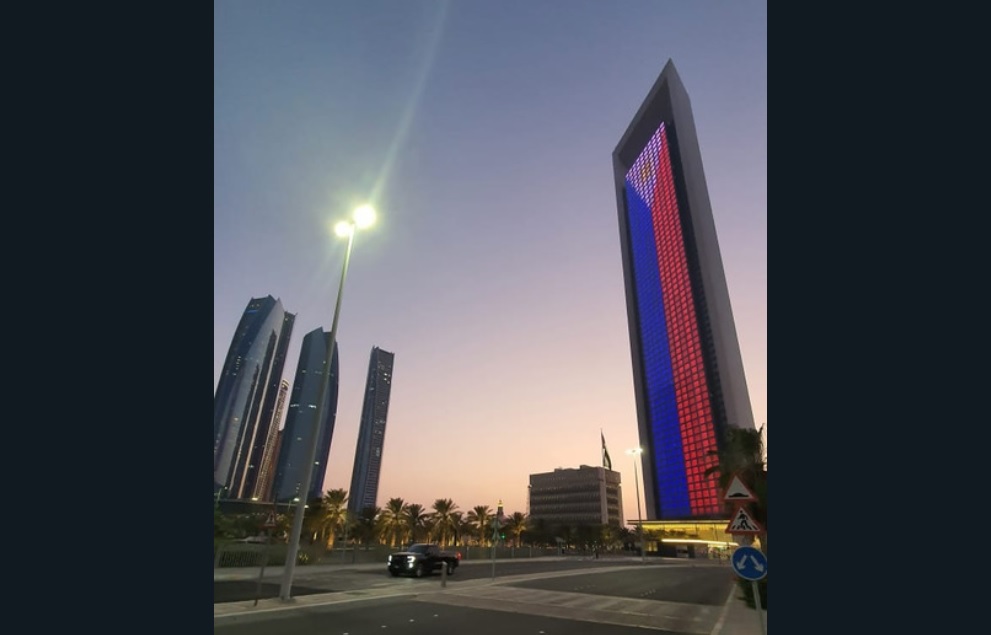 The Philippine Independence Day shines bright on one of the most prominent buildings in Abu Dhabi, at the ADNOC Headquarters.

Philippine Ambassador to the UAE, H.E. Amb. Hjayceelyn Quintana, lauded the UAE’s tribute as a highlight for this year’s festive celebrations among overseas Filipinos here in the country.

“We are grateful to the UAE Government for honoring the Philippines on our National Day with this wonderful display of the Philippine flag at ADNOC. Shukran jazeelan!,” said Amb. Quintana.

The awe-inspiring display of the Philippine flag was made possible through the efforts of the UAE’s Ministry of Foreign Affairs and International Cooperation, in close coordination with the Philippine Embassy in the UAE.

Earlier, President His Highness Sheikh Khalifa bin Zayed Al Nahyan has sent a message of congratulations to President Rodrigo Duterte of the Philippines on the occasion of his country’s Independence Day.

READ ON: Duterte urges Filipinos to be inspired by heroes’ examples on 123rd Independence Day