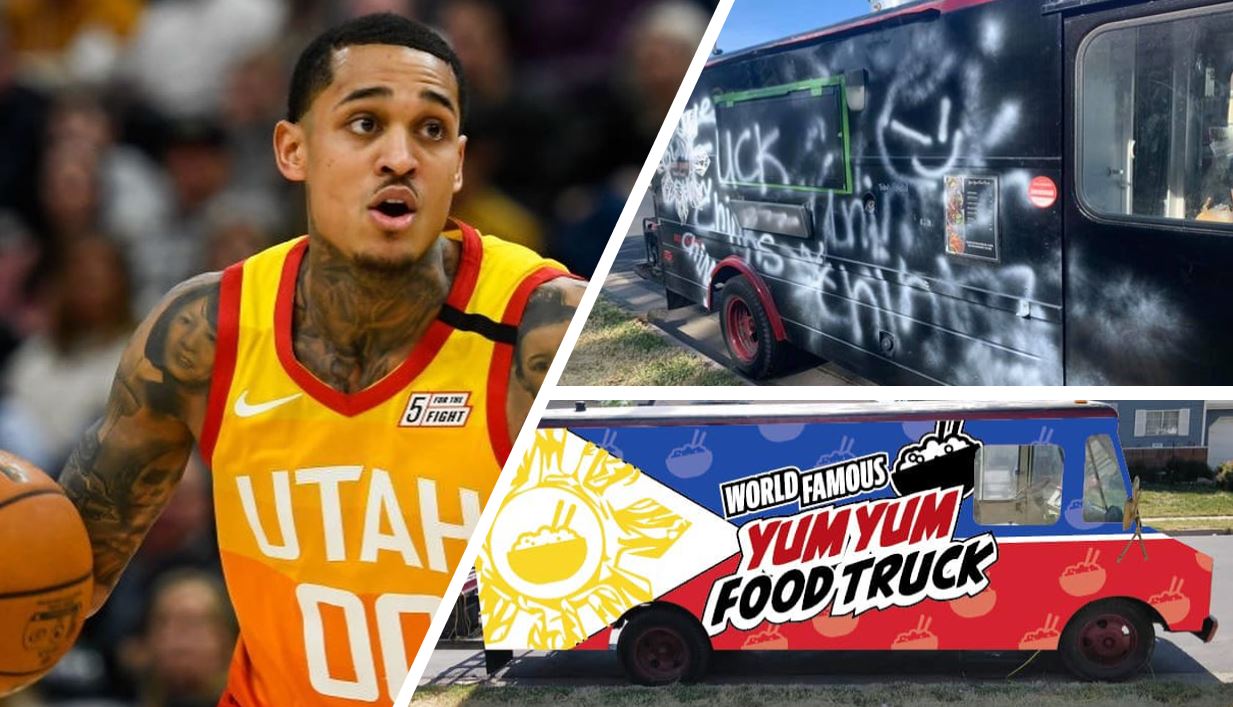 A Filipino food truck owner got a pleasant surprise in the form of help from Jazz guard Jordan Clarkson, after his vehicle was vandalized by unknown persons in the United States recently.

The “Yum Yum” Food Truck had been spray-painted with anti-Asian messages in the Salt Lake City of Utah.

However, the truck owners refused to be cowed down and thanked Clarkson and others for their support.

Expressing hurt over the vandalism, they responded on their Facebook pages with messages like, “We are not going to let hatred stop us from sharing our culture.”

The vandalism incident had witnessed support coming from the Filipino community which included Clarkson — a Filipino-American who has played for the Philippine national team in the 2018 Asian Games.

Happy over their food truck now bearing a newly-painted look of a design of the Philippine flag, the owners gushed over the love and support received from various people while also giving special thanks to Utah Jazz’s Jordan Clarkson and Dan from Identity graphics for the truck’s new look.