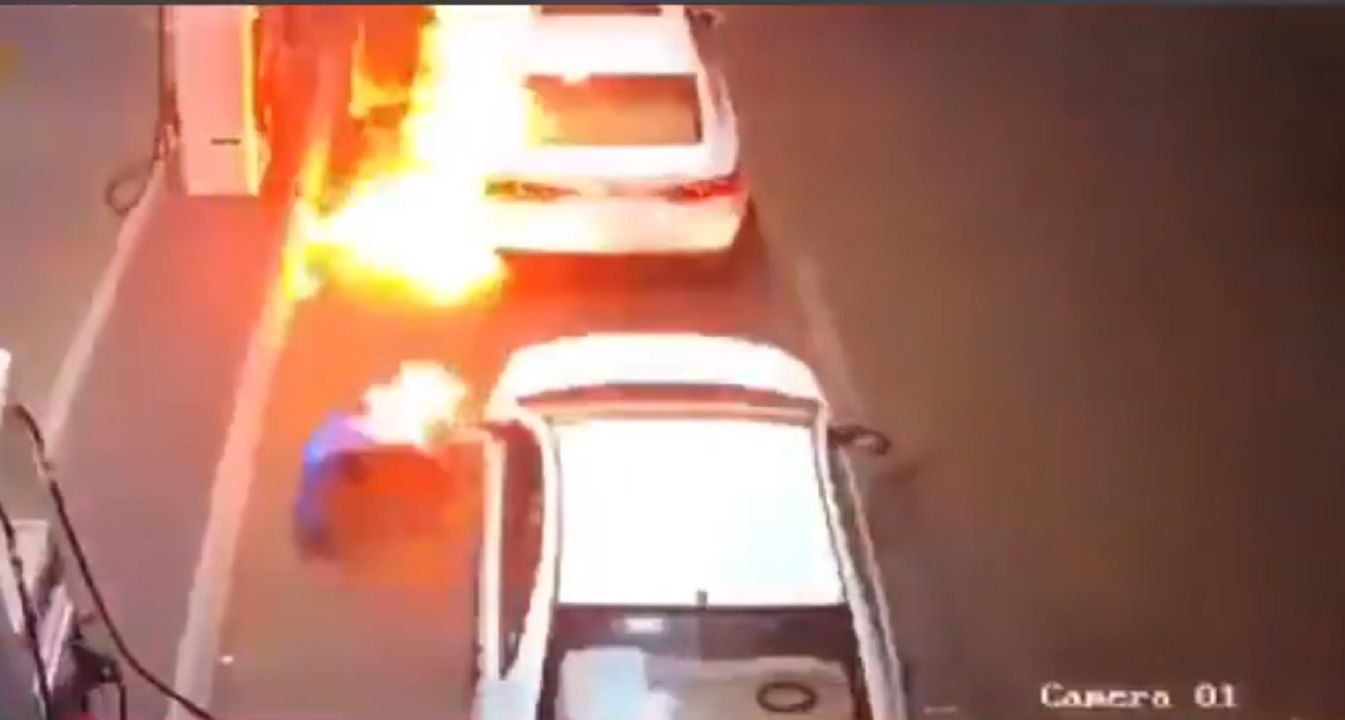 Smoking is dangerous to your health is an understatement. It, in fact, is a threat to life in more ways than one as proven by another viral video.

In the clip taken reportedly from the Unaizah Governorate in Saudi Arabia, a driver can be seen refueling his vehicle but ended up setting it on fire.

The driver in the viral video can be seen talking to a petrol station attendant.

The man accidentally drops what he’s smoking and tries to grab it, but the gas station employee panics and pulls the fuel nozzle out of the car’s gas tank, spilling petrol on the floor.

In a moment, the fuel catches fire and engulfs the attendant, who rolls around on the ground to beat out the flames, before running out of the line of vision of the camera.

The driver also throws open his door and escapes, while another attendant can be seen running with a fire extinguisher to put out the blaze.

The fire was reportedly controlled shortly and the driver is facing legal action, according to the local media reports.