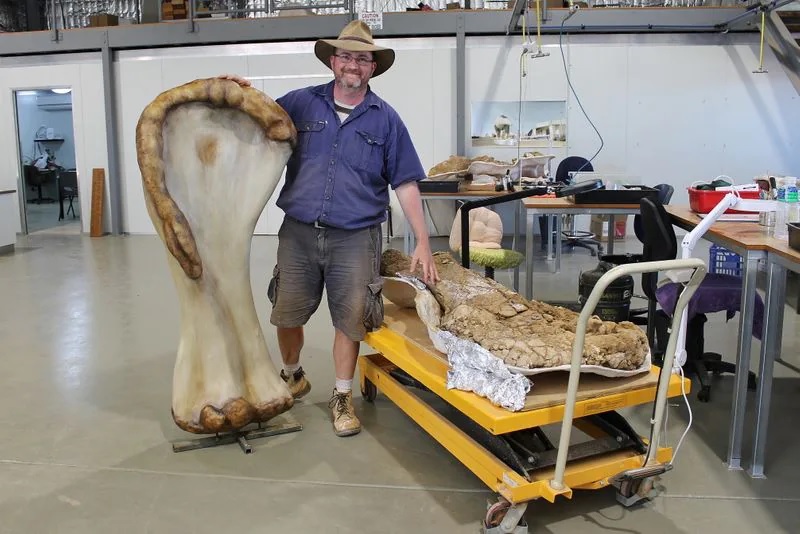 Dr. Scott Hocknull poses with a 3D reconstruction and the humerus bone of "Cooper," a new species of dinosaur discovered in Queensland and recognised as the largest ever found in Australia, in this undated handout image made available to Reuters on June 8, 2021 in Eromanga, Australia. (via REUTERS)

Dinosaurs are in the news again with a new species that was discovered by scientists in Australia.

This species is one of the largest in the world and has been discovered after more than a decade when cattle farmers first uncovered the bones of the creature.

RELATED STORY: WATCH: A “dinosaur” was filmed flyboarding next to Burj Al Arab

The dinosaur is a plant-eating sauropod that existed in the Cretaceous period between 92 million and 96 million years ago when the continent of Australia was attached to the Antartica, according to a related research paper that was published on June 7.

Paleontologists noted that the dinosaur was 5-6.5 metres tall at the hip and 25-30 metres long – the length of a basketball court and height of a two storey building. (AW)