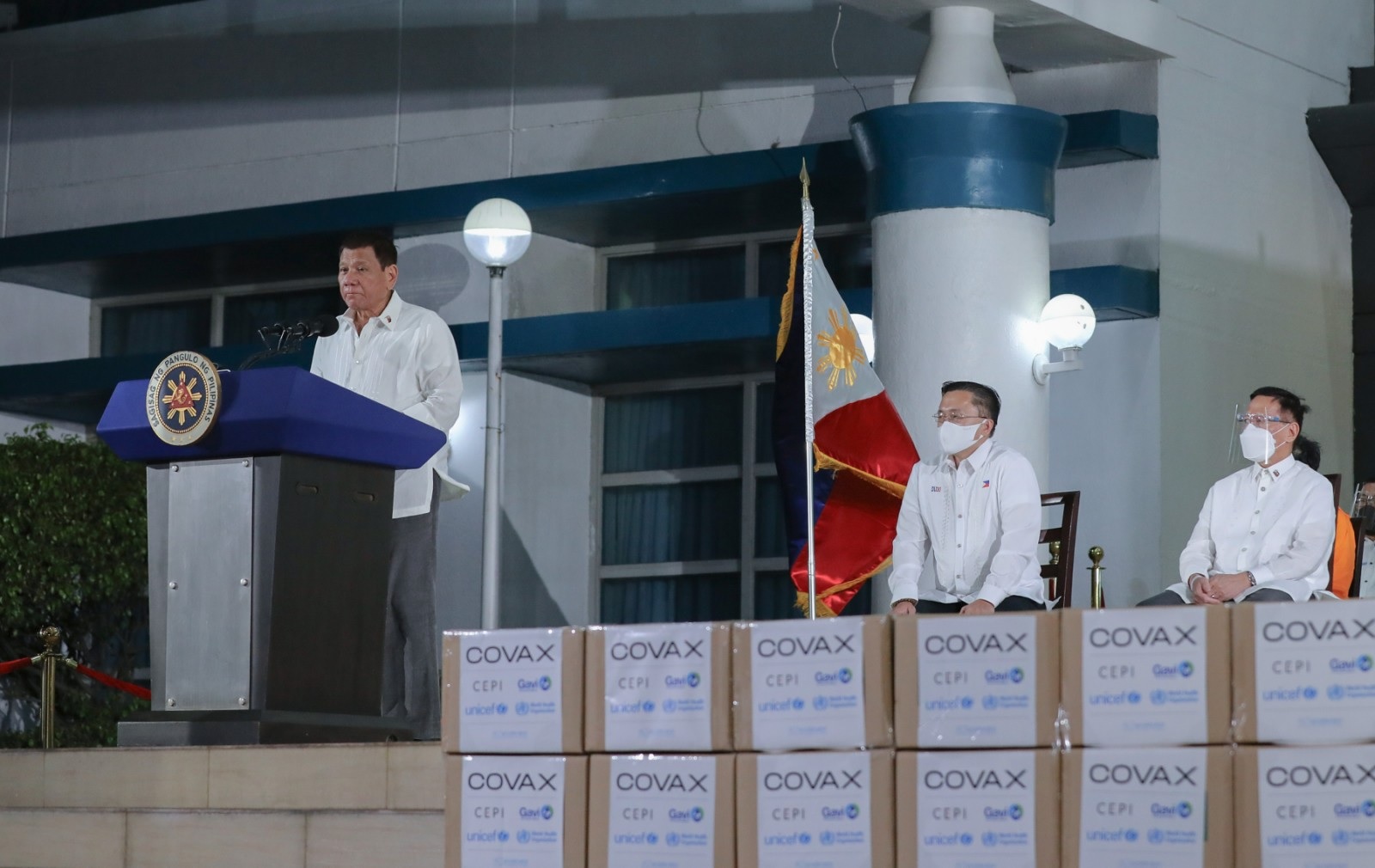 President Duterte received the first shipment of donated vaccines from COVAX back in March 2021. Photo from PCOO.

President Rodrigo Duterte said that it’s about time to pay back the goodness of the World Health Organization’s COVAX facility for giving the much-needed COVID-19 vaccines to the Philippines.

Duterte said the Philippines would donate $1 million to COVAX.

RELATED STORY: PH to get free vaccines for 15% of population from COVAX – DFA

“Now they are asking for a contribution to keep their operations running… and they have asked the Philippines for donation. Ako, one million dollars, magko-contribute po ako kasi napakabuti ng COVAX sa atin,” Duterte added.

Duterte said that he understands COVAX needs donations to keep its operations running.

“To help other countries, maybe including the Philippines, they are asking for contributions para makabili pa sila to keep the operation running because they are probably running low on funds also. They have asked the Philippines formally for a donation,” he added.

COVAX previously said that they need $2 billion to continue operating.

“They’re one of the earliest agencies to help us aside from the contributions made by China. It’s our turn to return the goodwill that they have shown,” Duterte said. (TDT)