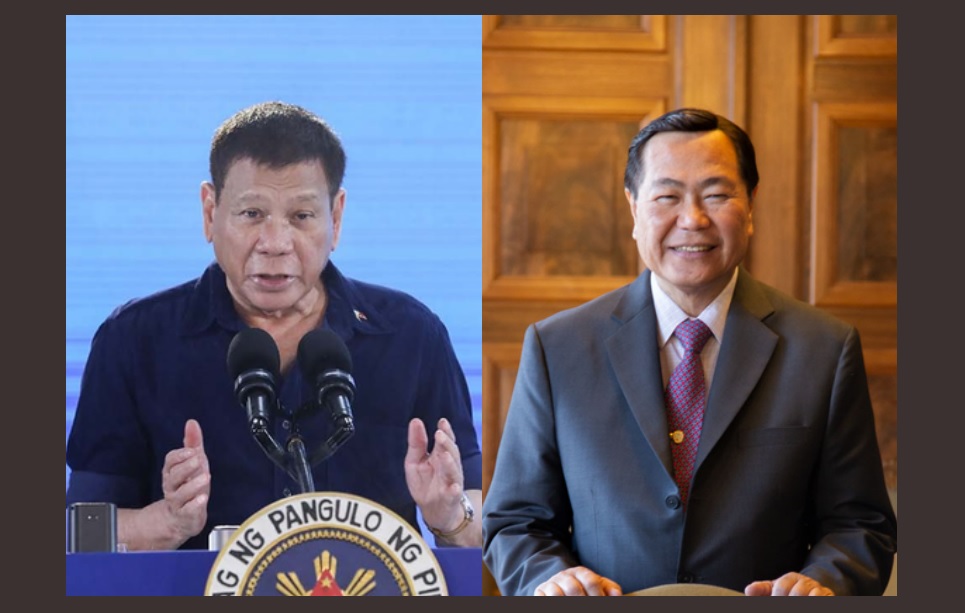 President Rodrigo Duterte has backed out from his challenge to debate with retired Senior Associate Justice Antonio Carpio on Friday.

Duterte has assigned presidential spokesperson Harry Roque instead to do the debate for him.

The President previously claimed that Carpio had a hand in the withdrawal of the Philippine Navy forces in Mischief Reef (Panganiban Reef) that resulted in the Chinese taking over the ridge off Palawan during the time of President Benigno Aquino.

Roque added that Duterte only acted upon the advice of his cabinet members.

READ ON: Duterte says he never promised in 2016 to retake West Philippine Sea from China

Malacañang added that the debate will not benefit Filipinos and Carpio is now an ordinary lawyer.