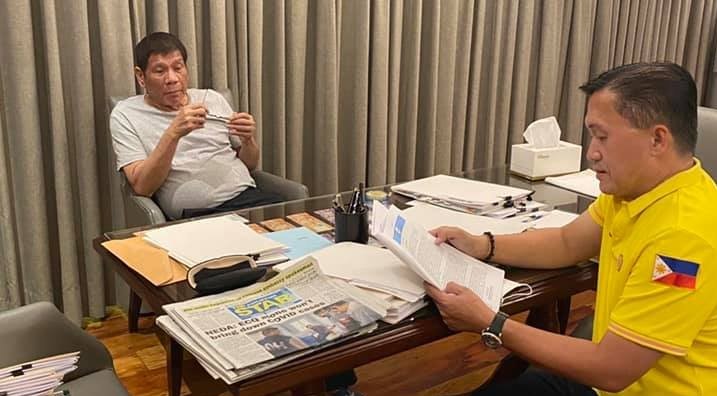 President Rodrigo Duterte remains free from COVID-19 based on his latest swab test, according to his former aide and now senator Bong Go.

The test was conducted following reports that at least 126 members of his security team caught the virus.

Go said that Duterte’s last swab test was during the Holy Week.

The Presidential Security Group of PSG reported that some 126 of its members tested positive for the virus.

“At the least, our PSG personnel who got infected are not directly or closely detailed with the President and are all asymptomatic without experiencing any adverse symptom. Hence, rest assured that the President is safe and in good health,” PSG Chief Jesus Durante said in a statement.

Go has dismissed rumors over the whereabouts and health condition of the President.

In a  Facebook post on Thursday midnight, Go shared photos of him and Duterte in an office and showed a current broadsheet indicating that the President is still alive and well.

Social media was on fire the night before the post with some speculating that Duterte was in Singapore and he’s the main reason why his daughter Davao City Mayor Sara Duterte flew to the country.