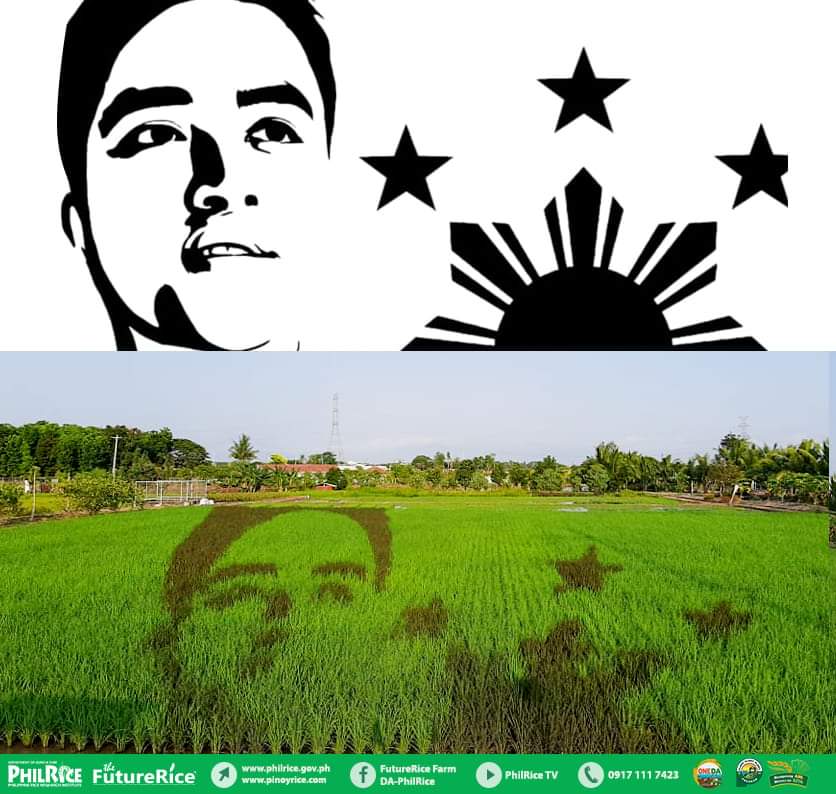 In a Facebook post, the FutureRice Farm lauded the young mayor’s efforts in advancing urban agriculture and his strategies on COVID-19 response.

“This year’s rice paddy art features one of the 12 global anti-corruption champions: Mayor Victor Ma. Regis Vico Sotto. As a public servant, he is known for his strategies on government transparency and on battling COVID-19,” the post read.

“Through this paddy art, we salute young leaders rising up to build a bright and prosperous future for our nation in the best way they can,” the group added.

The competition, which was organized in partnership with the Department of Agriculture and youth organization RE-TERRA, seeks to entice young Filipinos to transform idle lands in Pasig City into productive urban farming spaces.

READ ON: ‘Pera ng taumbayan’: Vico Sotto tells Alex Gonzaga why he refuses to put his name on city projects

The group also lauded Sotto’s efforts in helping farmers when the city government of Pasig augmented vegetable supply in the city by buying from Benguet farmers.

Sotto is the latest figure to be featured by FutureRice Farm, a program created to prepare Filipino farmers for future farming scenarios through Clean GPS technologies, ICTs, and agritourism. (RA)