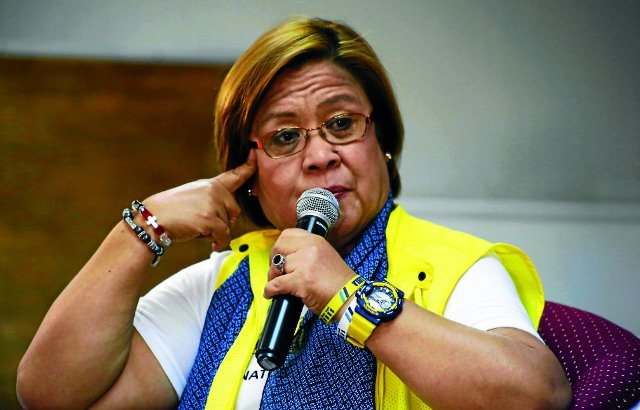 Senator Leila de Lima on Wednesday said that President Rodrigo Duterte’s administration should be held accountable for the thousands of Filipinos who succumbed to COVID-19 due to the government’s botched COVID-19 response.

In a statement, De Lima demanded justice for over 13,000 deaths related to COVID-19 saying that these are more than just numbers but real lives that suffered due to government’s negligence.

“We ought to seek justice for all the Filipino lives lost due to this administration’s deplorable incompetence, negligence and botched pandemic response… We deserve better! The day of reckoning will come. Justice will be served. Panagutin ang mga palpak at pabaya sa tungkulin,” she furthered.

The lawmaker lamented that thousands of Filipinos will be saved had the those people in position to stop the pandemic only acted swiftly and addressed the health crisis better instead of focusing in maintaining friendly ties with China.

She also hit the Duterte’s militaristic approach to pandemic.

She also took a swipe on the government’s rhetoric of blaming the new strains of the virus, lack of discipline, and the rich countries’ ability to obtain the vaccines on why COVID-19 cases are still on the rise.

READ ON: Marcos calls for abolition of IATF for ‘mishandling’ COVID-19 pandemic

“Remind us again who decided to open up the economy without an effective testing, tracing and treatment system in place? Or who ‘dropped the ball’ in the vaccine negotiations? Or who downplayed the threat of the virus way back in February last year?” she added.

The lawmaker also called Duterte government ‘delusional and unfit to hold office’ for insisting that they did an excellent job in handling the pandemic.

De Lima added that a year into the pandemic, the government had nothing to show aside from a crumbling economy and a healthcare system on the brink of total collapse.