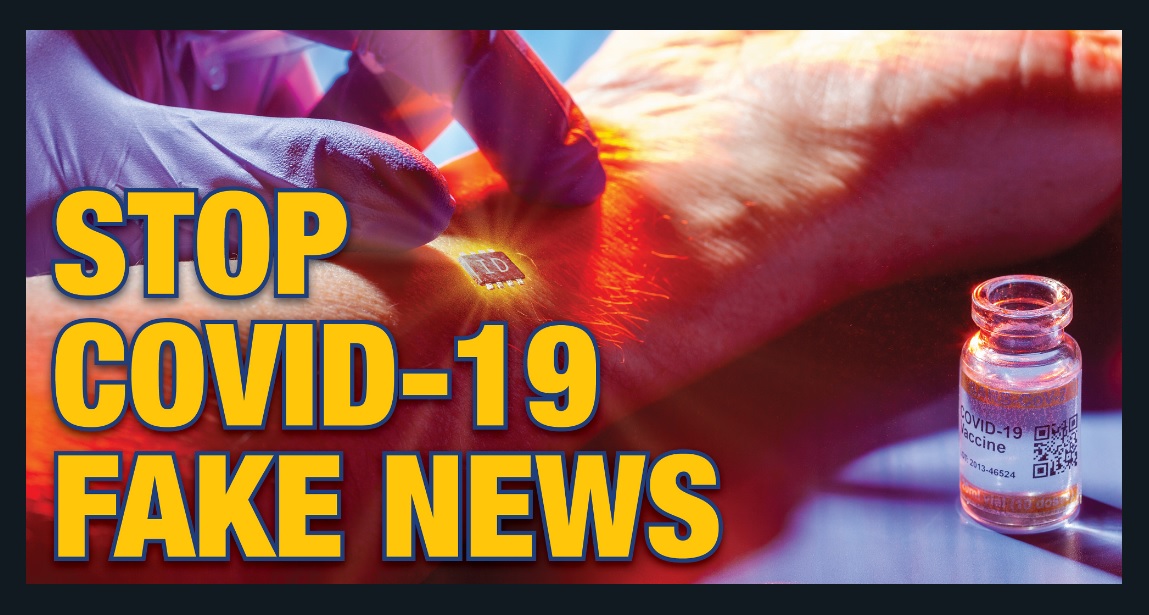 As we saw in the year 2020, when rumormongers tried to create chaos with pandemic misinformation, in 2021 also we’ve been seeing completely unfounded vaccine claims being circulated online. The current rumors include numerous social media posts saying that the COVID-19 vaccines cause severe allergies and that they have a coded chip.

An official from the Ministry of Health and Prevention (MoHaP) immediately dismissed the malicious information. “More than a million people in the UAE have been vaccinated and no one has ever had an allergy,” said Dr Hussein Abdul Rahman Al Rand, Assistant Undersecretary of Health Centers and Clinics Sector at MoHaP, who also serves as Chairman of the National Committee for the Implementation of the Provisions of International Health Regulations and Prevention of Pandemic.

Meanwhile, a video that is being repeatedly shared on social media claims that the vaccines contain a coded microchip that will be injected to track people. This claim is false. Various media organisations have flagged down this viral video, as the clips it contained were selectively combined to elicit fear against the vaccine.

One of the commentaries it included was from Bill Gates. But Gates’ clip was dated; it was part of his two-part speech published during a 2013 financial inclusion forum. However, the malicious video made it appear that Gates was saying that “innovations like vaccines, we need a measuring system that tracks the vaccine.”

In the full original video, Gates said that vaccines are breakthrough innovations that “have changed the future for billions of people” and the “measurement system” he was referring to was the need for a scheme to monitor the progress of financial inclusion, not vaccines.

Dr Al Rand urged the public to trust the health authorities and the government on the COVID-19 vaccines being administered in the UAE. “The vaccine is safe. According to studies and clinical trials, there are no complications,” he told the media, adding, “Another rumor — a person who has been infected with coronavirus does not need the vaccine — is also not true, because the doctor is the one who evaluates it on the basis of an antibody test, then determines whether the person needs a vaccine or not.”

The MoHaP official warned the public not to fall prey to any baseless claims amidst the ‘infodemic’ surrounding COVID-19 vaccines, as they are intended to cause unnecessary fear.

Early last year, even as the country got to grips with the pandemic, guess what the National Emergency, Crisis and Disasters Management Authority (NCEMA) also had to do? It was forced to spend time and effort on social media to call out a television news report pertaining to a supposed family of five dying of COVID-19. It turned out that the family didn’t even exist, and the report was totally fictitious.

According to a tweet by NCEMA, the public prosecution observed that “this incident has affected members of the Emirati community, citizens and residents, leaving them in a state of confusion and fear around the outbreak of the disease, all based on inaccurate information”.

Counsellor Salem Al Zaabi, Acting Head of the Emergency Crisis and Disaster Prosecution, said, “We will not allow any unnecessary [disruption] to the tranquility of society and the safety of its members, and we will apply the law to everyone who is tempted to prejudice this aspect of people’s lives.”

In November 2020, the Abu Dhabi Federal Court of Appeal, which heard the case, found two people — the TV channel’s correspondent and the person he interviewed — guilty.

The strong and swift action taken by the UAE to quash an irresponsible news item highlights its attitude to hoaxes, rumors, and fake news throughout the year. The official response gained extra urgency during the pandemic as rumor mills became increasingly active about coronavirus. Like in the rest of the world, the police, prosecution and different government organizations in the UAE found themselves battling a flood of misinformation amidst the health crisis.

As early as in February 2020, when news of this mysterious and virulent disease was causing panic levels to spike around the world, rumors were becoming a major problem. That month, Tedros Adhanom Ghebreyesus, Director General of the World Health Organization (WHO), told a group of foreign policy and security experts in Munich, Germany, about all the hoaxes, stating, “We’re not just fighting an epidemic; we’re fighting an infodemic.”

Feeling unwell after the jab is normal

In the Philippines, four people who received the Sinovac vaccine shot, which had been recently donated by the Chinese government, reported feeling unwell.

One of the four cases who felt ill was a staff of the Veterans Memorial Medical Center (VMMC) who developed rashes and redness after vaccination.

The other three include a male staff of the Department of National Defense (DND), who was taken by an ambulance after having a headache and high blood pressure; a female DND personnel, who also had rashes; and another vaccine recipient who had experienced palpitations.

Many videos of one of these vaccine recipients have spread like wildfire on the first day of the national vaccine rollout last March 1. There should be no problem with that as the media was institutionalized to inform people. However, the problem in this particular incident lies in the manner by which the videos are presented to the public. Many have described the scene where the man was taken using a stretcher outside VMMC without explaining the context that the dizziness the man experienced was normal. Omission of information is distortion of the truthfulness of a story and this can elicit fear of the COVID-19, which is humanity’s most vital weapon against the contagion.

Dr. Ramon Mora, post-vaccination observation team leader of VMMC, and the attending physician said the reported symptoms can be considered mild side effects only. Mora said they managed the side effects by providing ample medication while monitoring the individuals who got the jab.

Other experts said that the symptoms might have also been caused by other factors such as anxiety about vaccination, just like what happened to the case of a 59-year-old who rode a bike all the way to VMMC.

Don’t add fuel to the fire

All along, the highest figures of authority in the UAE and the world were addressing a very important person about the damaging power of hoaxes — you, me, and every individual who’s a member of the public, because when you and I forward a message without any idea of its authenticity, we become part of the rumor mill.

Did you receive a fake message saying the Community Development Authority (CDA) in Dubai was monitoring and recording all phone calls and social media conversations, including on WhatsApp and Facebook? Then, there was the message that started circulating in March 2020, telling people to stay home after midnight because the skies over the UAE were going to be sprayed with pesticide from special helicopters.

Enough harmless and ordinary people forwarded them, unwittingly adding to the atmosphere of uncertainty and panic at one of the most critical times in modern history. All these messages were declared false by the authorities.

The UAE has 98.5 percent Internet penetration, which means that practically everybody is online, according to World Bank data from 2018. In the Philippines, meanwhile, the number of Internet users grew to 73 million people, accounting for more than half of its total population, according to January 2020 data of Statista.

Even if a small percentage of the population became aware and stopped spreading rumors and hoaxes online, that would be a huge deterrent for the rumor industry.