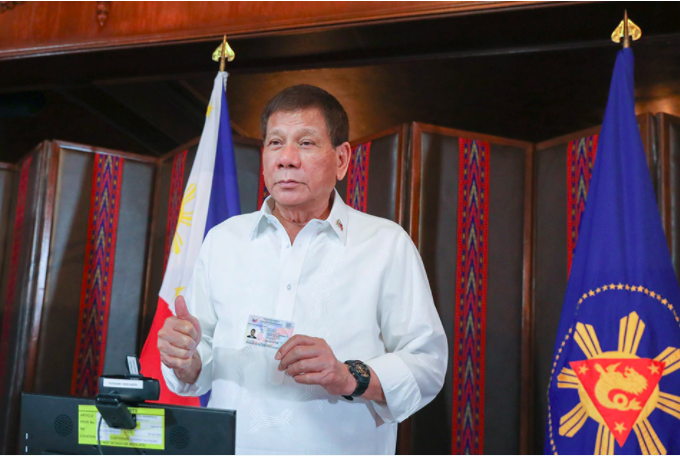 President Rodrigo Duterte has registered for the country’s National ID system, based on the photos released by Malacañang on Thursday.

The President’s registration comes amid corruption allegations over some officials involved in the implementation of the ID system.

Duterte can be seen getting his biometrics taken for the ID, which authorities hoped would boost public service delivery, reduce corruption, and curtail bureaucratic red tape.

Duterte in 2018 signed into law the PhilSys Act that mandated the government to create a single ID system for all citizens.

Meanwhile, Bangko Sentral ng Pilipinas Governor Benjamin Diokno and other high-ranking officials  are facing graft complaints before the Office of the Ombudsman over the P1.75 billion contract for the roll-out of the national ID system.

The BSP said that they are ready to answer the complaint and vows to continue to roll out of the ID system. (TDT)