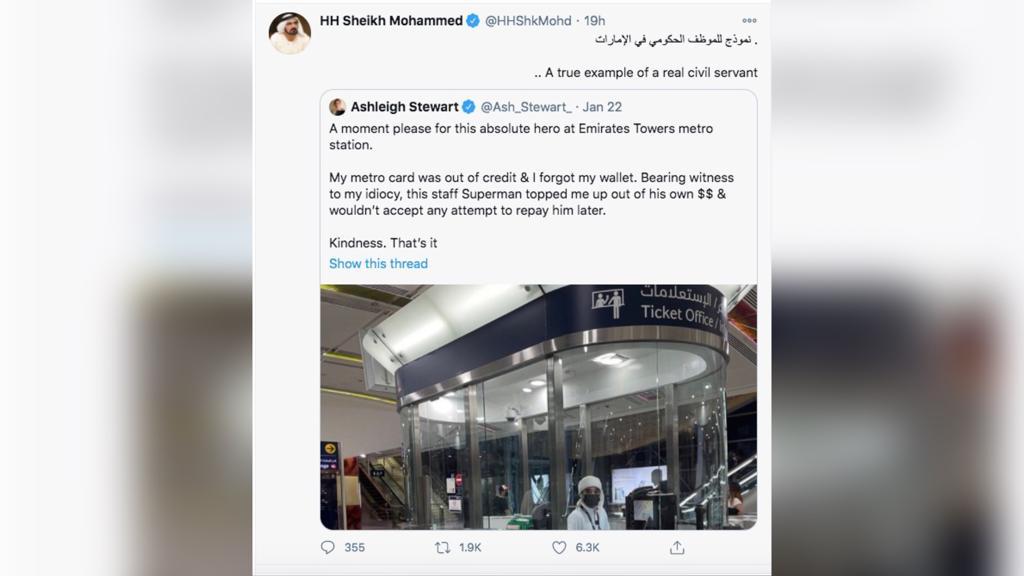 Sheikh Mohammed bin Rashid Al Maktoum, Vice President and Prime Minister of the UAE and Ruler of the Dubai, praised an employee of Dubai Metro for his kindness.

On January 23, journalist Ashleigh Stewart tweeted about the said employee at the Emirates Towers metro station, who she said helped her when her metro was out of credit and she forgot her wallet.

“My metro card was out of credit & I forgot my wallet. Bearing witness to my idiocy, this staff Superman topped me up out of his own $$ & wouldn’t accept any attempt to repay him later,” she said. “Kindness. That’s it.”

Sheikh Mohammed retweeted Stewart’s post and shared his admiration for the staff.

“A true example of a real civil servant,” he tweeted.

A true example of a real civil servant .. https://t.co/y1G1gI1Kmu