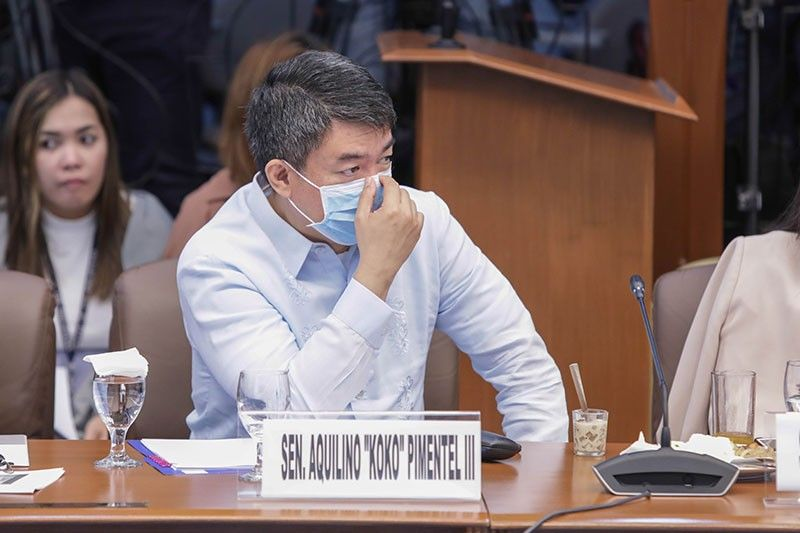 The Justice Department junked the case filed against Senator Koko Pimentel over his supposed violation of quarantine protocols last year when the country was still in Enhanced Community Quarantine due to the coronavirus disease pandemic.

Pimentel went to the hospital last March when his wife gave birth even though he was still waiting for his COVID-19 test results which later on turned positive at the Makati Medical Center.

A complaint for violation of Republic Act 11332, or the Mandatory Reporting of Notifiable Diseases and Health Events of Public Health Concern Act, and 3 Department of Health (DOH) issues were filed against Pimentel in April by lawyer Rico Quicho.

The senator became controversial over his blatant disregard of quarantine protocols as the country struggles to fight the onset of the pandemic.

The Makati Medical Center even called the actions of the senator as reckless and irresponsible and causing unnecessary problems for the hospital staff over their exposure to Pimentel.

The DOJ Prosecutor General says Senator Pimentel is not a public health authority nor required to report medical conditions for him to fall under RA 11332.

DOJ previously cited RA 11332 to justify arrests of those who violate quarantine protocols.

The Prosecutor General also says the complaint filed by Atty Rico Quicho was fatally defective, as he was not the proper party to file the case and relied on hearsay.

“Bulag pipi at bingi ang DOJ,” complainant Quicho said on the dismissal of the case against Pimentel. (TDT)