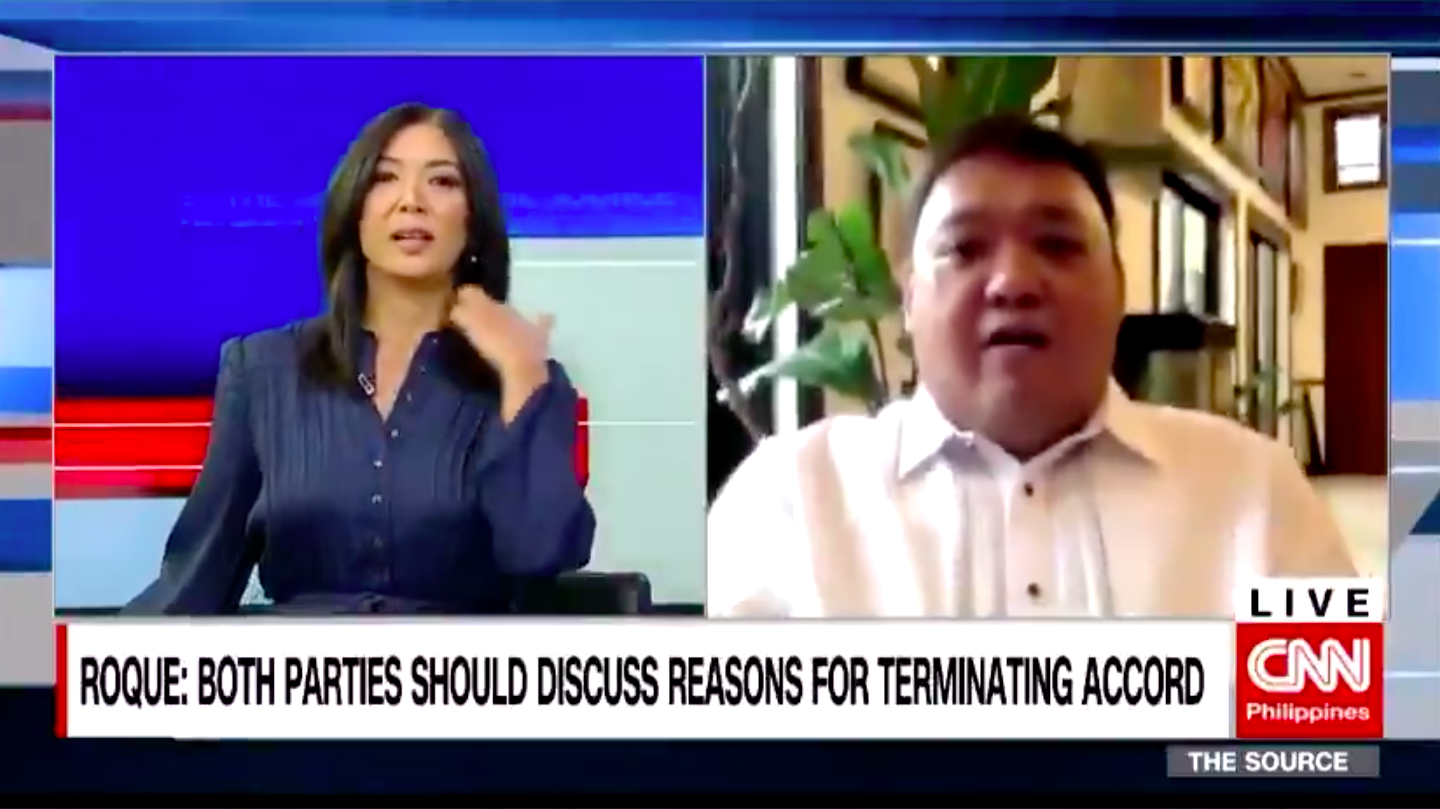 Presidential Spokesperson Harry Roque lamented a challenge and question asked by a University of the Philippines journalism professor Danilo Arao on UP alumni to denounce the termination of the UP-DND deal.

The accord which was unilaterally terminated by the Defense Department bans state forces like the military and the police inside the UP campus.

In an Interview with CNN Philippines’ The Source, Pinky Webb asked Roque if he will take on Arao’s challenge to denounce the action.

“I’m asking the DND Secretary and the President of UP to sit down, and I have offered my good offices to facilitate this meeting,” Roque said.

Webb then followed up the interview and asked about his personal opinion on the tweet saying, “This disregards everything that UP stands for. Should they remain silent, a six-word question: Where is your honor and excellence?”

“All I’m saying is let’s talk about this, I support the steps of the UP President, and let’s see why a 30-year-old accord should not be continued when it has worked, apparently perfectly well, in the past 30 years. ’m not duty-bound by anything that Prof. Areo says,” Roque said.

After the commercial gap, however, Roque berated Webb and told her that she was unfair for asking about Arao’s post.

I have to highlight the fact that I think the question on Arao was unfair. In the first place, why am I duty-bound to follow anything that Prof. Arao says?” You made it appear as if it’s compulsory to follow it,” said Roque.

Webb denied this and insisted that she was only reading the tweet from the UP professor.

“No I didn’t say that,” Webb told him. “Just to very clear about this, it was a tweet that I read. And I asked for your reaction if you would denounce it. And then after that—”

“It’s implying that I should follow what Danny Arao says,” Roque said, cutting her off.

“And where is the basis? Tell your viewers now. Where is the basis that I should follow what Danny Arao says? It’s not just you asking for a reaction, you were pursuing, ‘Will you denounce?’” he said.

Roque accused Webb of being unfair on the question but the CNN anchor maintained her cool and asked Roque on how does he want to end the issue.

“I have said it, I have never experienced being in UP with soldiers or military. And I’d like to facilitate the discussion between the UP President and the Secretary of National Defense,” Roque said. As of Wednesday afternoon, Pinky Webb is among the top trending topics on Twitter. (TDT)