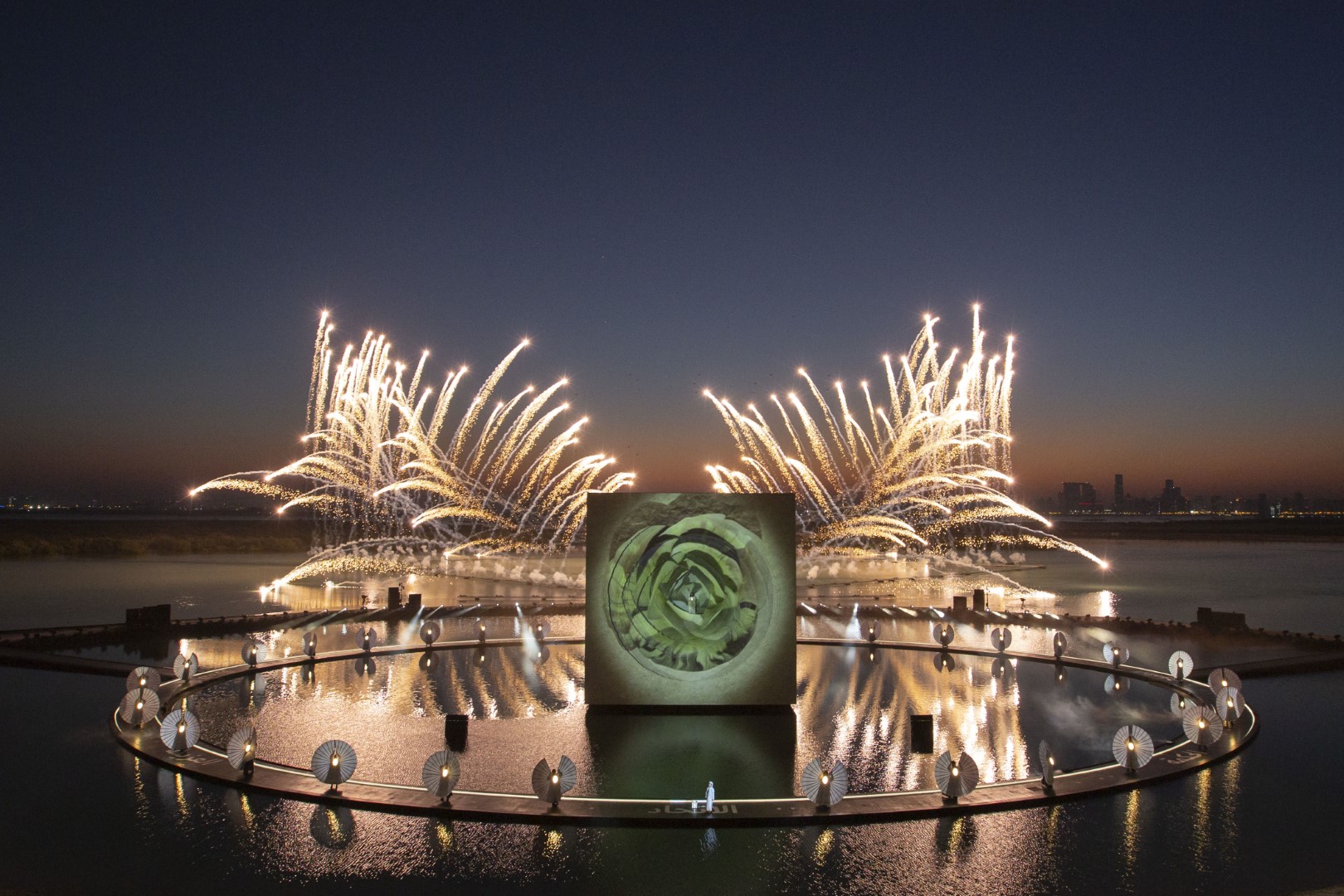 Pride and optimism blossomed in a visual and audio extravaganza for the 49th UAE National Day, which took place at Al Jubail Island in Abu Dhabi on Wednesday.

The rulers of the emirates have conveyed their greetings and blessings to the leader of the UAE development drive, His Highness Sheikh Khalifa bin Zayed Al Nahyan.

They expressed their profound pride of the significant achievements made by the UAE which positioned the nation in a coveted stature among the advanced nations of the world.

In this unprecedented year of COVID-19 restrictions, millions of people throughout the seven emirates, and further afield, tuned in from the safety of their homes to watch a performance that will be remembered for years to come as one of the most spectacular and moving, to be held in the UAE.

The entire production entitled “Seeds of the Union” was centered around a 15-metre tall rotating cubed sculpture – which played the storyteller of the show – illuminated by digital lighting, surrounded by pyrotechnic and drone effects, and given the appearance of floating on the sea.

Highlights included touching tributes to the nation’s Founding Fathers and frontline workers who have risked their lives to keep the nation safe during the pandemic.

Seeds of the Union represents the growth of the UAE from December 2, 1971 into full bloom 49 years later. Enshrined in its concept were a series of values that have guided the UAE since inception – Determination, Optimism, Unity, Ambition, Wisdom, Persistence, and The Union.

In line with the UAE’s precautionary and preventive measures, the highest standards of health and safety were followed to ensure everyone taking part was safe. This included a COVID-19 testing policy for all teams and cast members involved in the show.